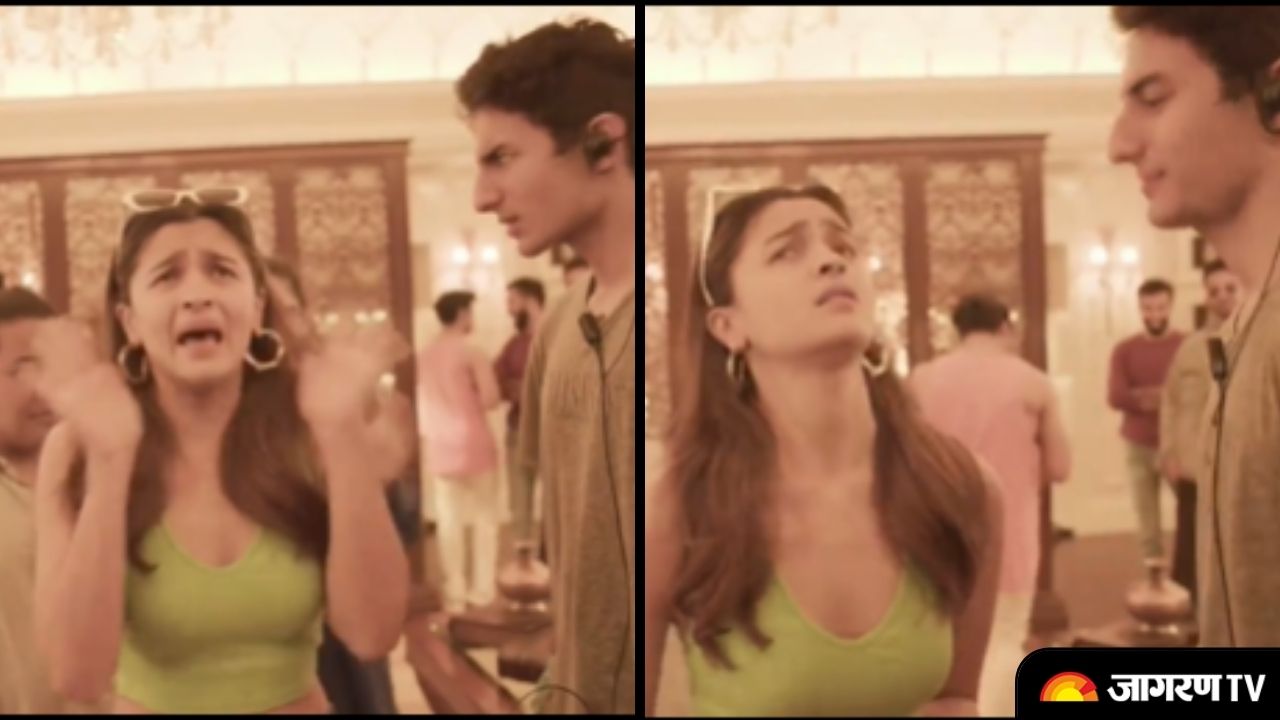 Bollywood is celebrating 20 years of Dharma Production’s iconic film Kabhi Khushi Kabhie Gham aka K3G. From Celebs to Fans everyone is relishing the film and remembering the cast, dialogues and everything which made it iconic. Recently, actress Alia Bhatt also got herself in the K3G mood and enacted the famous scene of Poo which was originally enacted by Kareena Kapoor. In the scene, Alia ranks boys ahead of going to the prom and gives ‘Minus’ Ranking to our Pataudi prince Ibrahim Ali Khan.

Yes you heard it right Alia just gave minus points to Saif Ali Khan’s Son Ibrahim Ali Khan. Actually, Alia recreates the iconic scene of K3G and enact the role of Poo. She recreates the before prom scene where Kareena aka Poo selects her Prom partner and gives them ranking. In the scene, Ibrahim also takes Part and Alia’s lines end up on the minus ranking.

Well running was just for fun as not away our Star Kid is Minus in Looks. Instead he is the more handsome copy of Saif himself.

Sharing the video on Instagram Alia wrote, “My favourite scene and my favourite people💕

The video becomes more fun as Ranveer Singh enacts a part of Hrithik Roshan as Rohan Raichand. He gives 2 points to Alia and we just hold our laugh. Both Alia and Ranveer did justice to this reenactment. But the original will be original as no one can replace Kareena as the Poo.