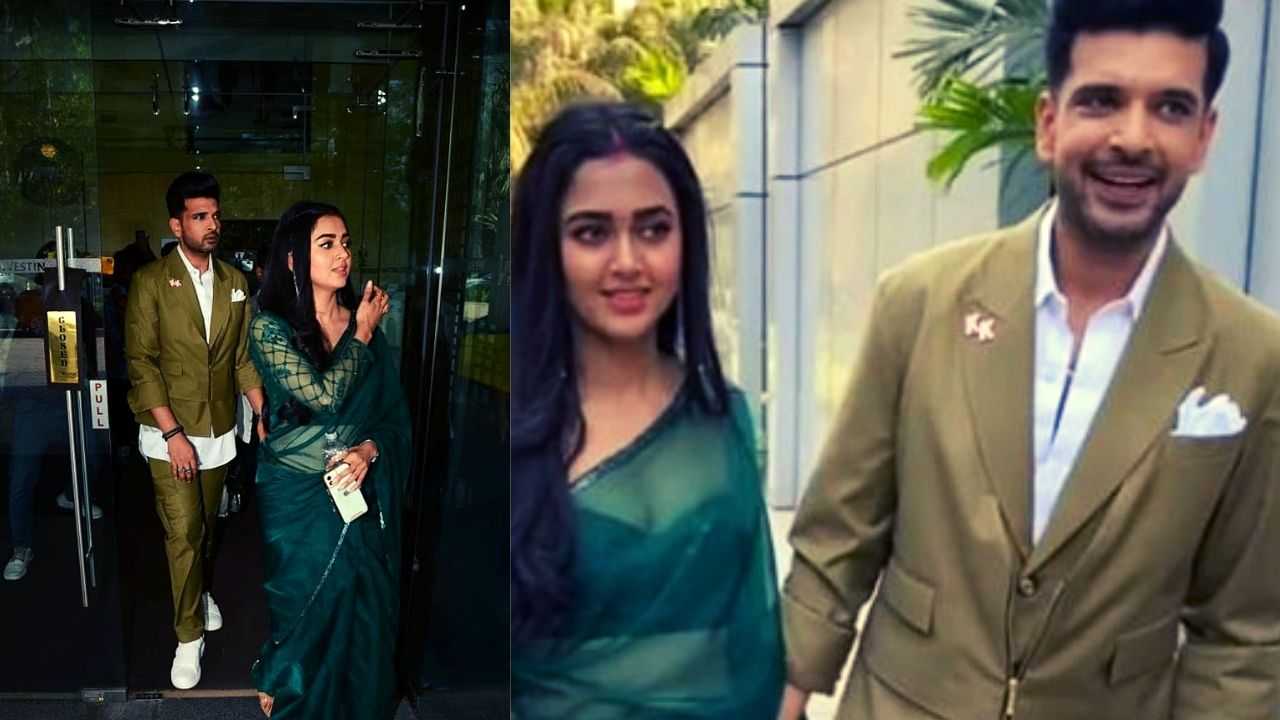 Tejasswi-Karan: Following the iconic duo Siddharth Shukla and Shehnaaz Gill, Tejasswi Prakash and Karan Kundrra have emerged as one of the most powerful couples from the Bigg Boss house. Bigg Boss 15's house became a romantic place thanks to Tejran's love story. They form an adorable couple when they are together. TejRan is a fan favourite, but we've witnessed ups and downs in their relationship straight from the BB15 house, which has caused some people to doubt their relationship and whether or not they're compatible.

Are Tejran actually in Love?

You can see it for yourself, to be sure. The couple that began their journey in the BB house is continuing it outside as well, as they have been seen hanging out together, going on romantic dates, accompanying each other, waiting around sets, and many other things, all while bashing the wrong assumptions that have been made about them.

Reason why Tejasswi-Karan are perfect for each other

Journey from friendship to lovers

When Tejasswi and Karan met for the first time in the BB 15 house they were just friends, neither of them bothered having a slight crush on each other, infacts it was Umar Riaz who was making headlines with Teja. But, as time passed the chemistry between the Tejran started blooming, Tejas’s childish behavior well complimented Karan’s matured perspective and people started enjoying watching them together. And that’s how they became fan favorite.

Coming back to each other

Throughout the BB 15 journey we have seen many times, Teja- Karan fight, sometimes it used to become way more uglier with things falling here and there but, they kept coming back to each other, apologizing, accepting and moving on with their relationship. At some point it felt like they are in their own lost Bigg Boss house.

Tejasswi Prakash and Karan Kundrra’s relationship has always been a matter of controversy and assumption ever since they came together. Many popular entertainment world faces along with a segment audience labeled them as fake. They were in fact quizzed inside the house for their relationship but hat's off to the patience they remained intact to each other without letting rumors hinder their relationship. Not only in the house they are now an official couple and can be seen hanging out with each other and getting clicked by paps.

The best part of this duo is that they can often be seen complimenting and teasing each other in their separate interviews. Karan is constantly amused by her sense of humor and bubliness whereas Teja likes how maturely he handles the situation. Karan recently posted a stunning photo of himself on social media, to which Tejasswi reacted, "Oh My My." In a video Tejas was also seen sharing ““He’s shooting and I am here. But you will see us together soon. Haven’t you guys seen how crazy we are? The best thing you can do is to accept your relationship the way it is. Do not give up on your partner.”

Not so perfect but beautiful

While describing her relationship with Karan Teja said ‘“Have faith in your relationship. When you talk about me and Karan, I think we are not a perfect couple. But, there is beauty in imperfection and we embrace that. That’s my relationship advice to you.”. On the other hand the marriage plans of the couple are also on rife but when Karan was asked about it he said “that marriage will be a natural progression for them, and that they haven't set a specific date yet." It will happen when the moment is right.”
Kaun Banega crorepati 2022 start date, time, where & how to watch, new rules, prize money & more
यह भी पढ़ें