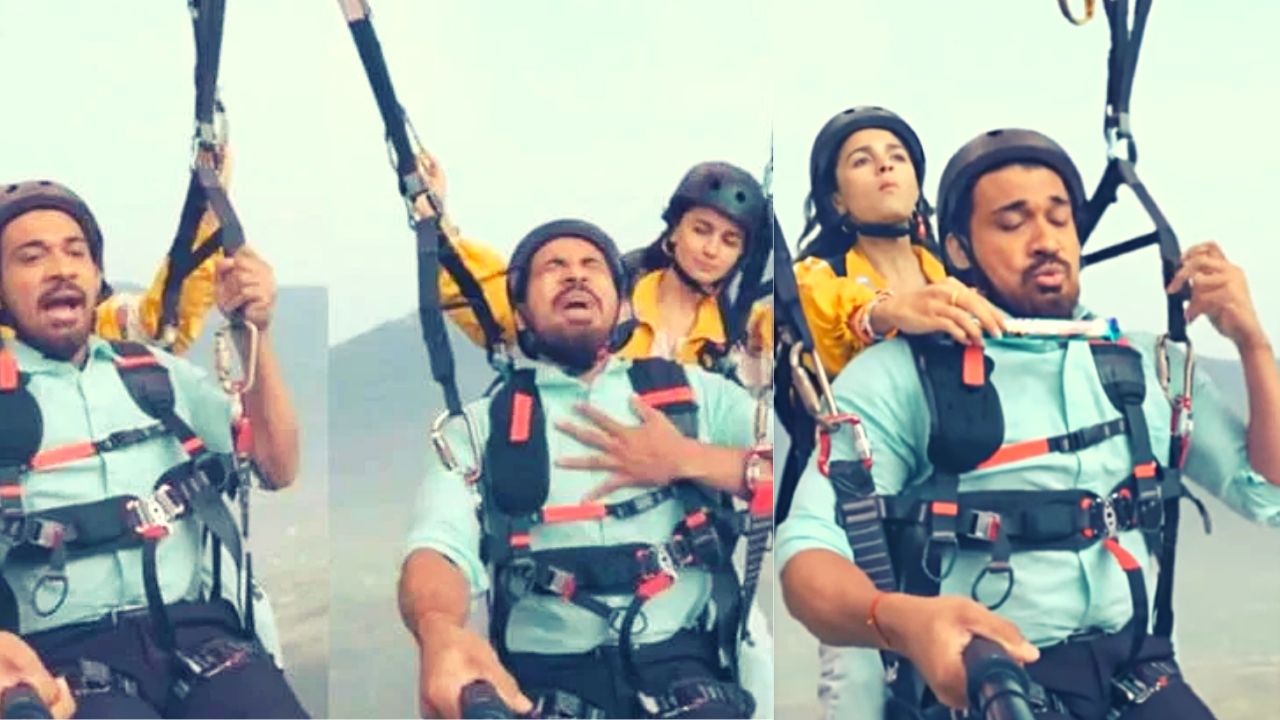 Alia Bhatt recently got featured in a commercial with viral internet sensation Vipin Kumar whose video went viral like a fire a few years ago. Ye swe are talking about the meme guy who became famous with the name ‘land Kara de bhai’ after he took a shot on paragliding and ended up screaming at his paragliding instructor while selfie sticks in his hand. Vipin recreates the iconic video in a commercial for a chocolate brand, but this time with Alia as his instructor, who appears to have a remedy for his worries. & This too the internet is filled with hilarious reactions.

Vipin was afraid and nervous during a paragliding trip somewhere in the hills in the actual footage, which was aired in 2019. Vipin released a new video on Instagram in which he can be seen paragliding while recording a video with a selfie stick. He repeats the same lines he mentioned in his original video, "It's foggy throughout,"I am crazy to come back here.". But, this time the instructor is none other than Alia Bhatt who is playing the role of Jagga Bhai. As soona s Vipin says “ "I don't require a long journey," Vipin continues. 500 zyada le le par land kara de, Bhai.” Alia Calms him down and hands a perk bar in his hand.

ho Said A meme Can't achive the heights?Who said A meme have just a life of 1 -2 months ?
Breaking all the bakwas stereotypes and shooting with @aliaabhatt. Extending his gratitude he wrote “Thnku @cadburyperkindia for This wonderful opportunityAnd i almost lived a dream life with shooting you @aliaabhattI get nervous in first shot coz I even can't imagine that one day we both will sit together and have chit chat.


He also thanked the hairdresser and said “I don't remember @aliaabhatt hairdresser name but i can't thank enough him also ,he was such a sweet bodybuilder guy”