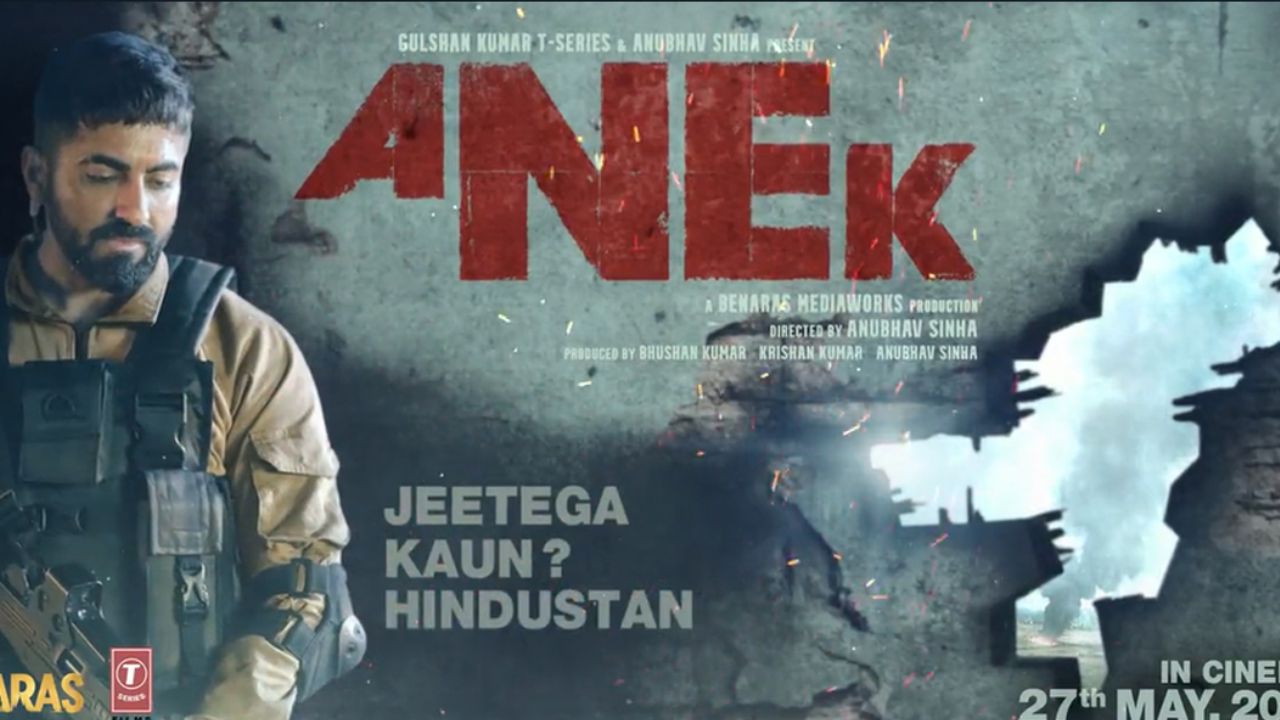 Anek Trailer: Ayushmann Khurrana and Andrea Kevichusa starrer Anek has dropped it’s first trailer with a promising future. The film which saw a shift in it’s release date to avoid the clash with Ranveer SIngh Jayeshbhai Jordaar will now release on may 27, 2022.

Anek is a political action thriller whose trailer raises a crucial question about what makes an Indian by focusing on North East India political conflicts. Joshua is played by Ayushmann, and he is a special agent assigned to a mission in the country's north east. His aim was to eliminate a separatist threat. The teaser will keep you enthralled as Ayushmann chants which will give nothing but goosebumps.  Andrea Kevichusa's character, on the other hand, confronts discrimination because she is from the North East. Despite her father's objections, who is a member of a separatist organization, she is eager to represent India in boxing.

The film will mark Ayushmann Khurrana's second collaboration with director Anubhav Sinha after the massive success of article 15. Ayushmann has made himself into list of actors focusing on social and political issues his last film Chandigarh Kare Aashiqui focusing on transgender relataionship was also widely welcomed by the audience.
Hansal Mehta marries Safeena Husain after 17 years, know his age, career, family, relationships, children and more.
यह भी पढ़ें