Anusha Dandekar adopts a girl child and becomes a mother, shares pictures with her fans 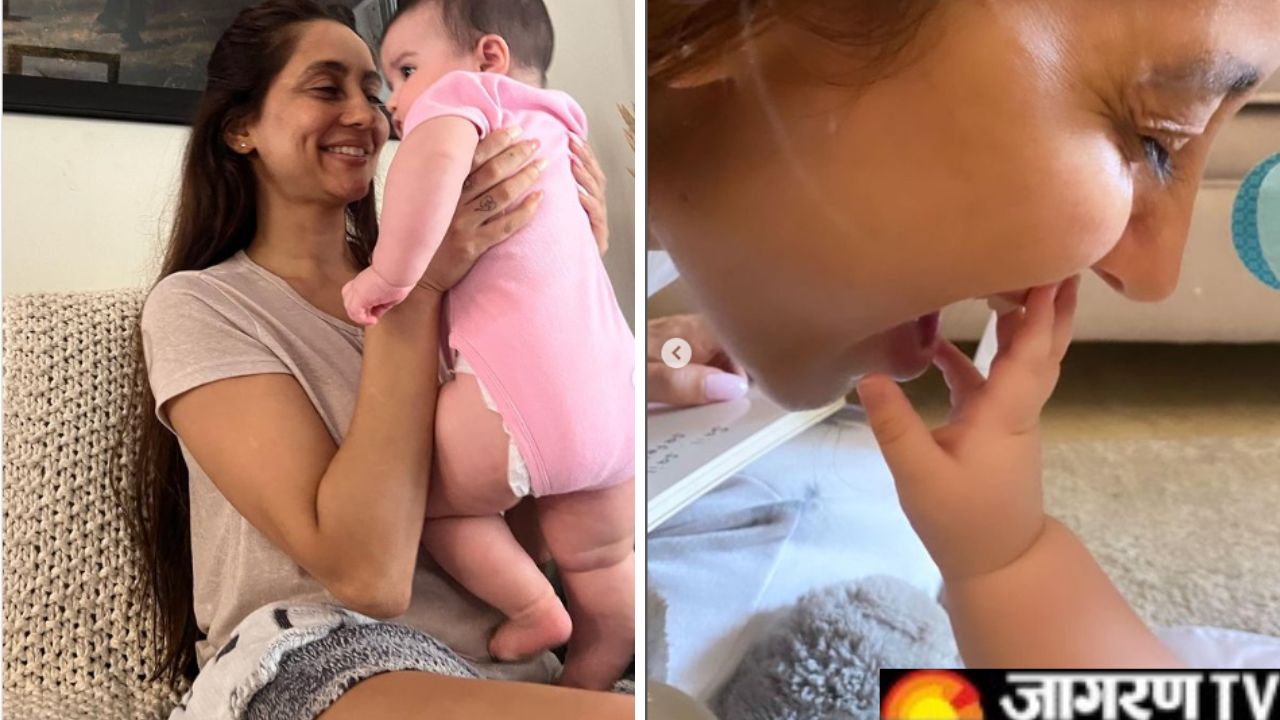 Indian-Australian MTV VJ, actress and singer Anusha Dandekar is now a mother. She welcomed a baby girl recently and shared the big news on Instagram this afternoon. Anusha has adopted her first child, the 40-year-old even shared adorable photos of the little one as she made the announcement.

Anusha introduces her daughter to her fans

Introducing her daughter with her fans she wrote "I finally have a little girl I can call my own… introducing this Angel of mine, Sahara… the ultimate love of my life. Monster and Gangsta and I are going to look after you, spoil you and protect you forever and always! I Love you baby girl, your Mummy! "

While she did not share the details about how she got the little one home, she did reveal her name 'Sahara' in the post. Anusha's instagram got filled with several congratulatory messages from friends, fans and followers soon after she announced the big news.

In 2002, at the age of 19, Dandekar moved to Mumbai, Maharashtra to pursue a career in the entertainment industry. She was cast as an anchor in MTV's House of Style. She later hosted MTV Dance Crew, MTV Teen Diva, MTV News and MTV Love School for the network. In 2008, she won Best VJ at the Cosmopolitan Fun Fearless Female Awards. As of 2014, Dandekar is a judge on India's Next Top Model alongside model-actress Lisa Haydon.

In 2003, Dandekar made her acting debut in Bollywood with Mumbai Matinee and went on to do Viruddh in 2005, alongside Bollywood veterans Amitabh Bachchan, Sanjay Dutt, Sharmila Tagore and John Abraham. Her performance in the film won her the Best Debut Award at the Maharashtra Times Awards in 2006. She then went on to star in the musical Miss Bollywood. Later in 2006, she starred in Anthony Kaun Hai? alongside Arshad Warsi and Sanjay Dutt. In 2012, she made her Marathi film debut with her role in Jai Jai Maharashtra Majha.

In 2012, Dandekar made her music debut with the single Better Than Your Ex. The song, in the English language, was released in June. A fashion icon, Dandekar has also graced the covers of Cosmopolitan, Elle and Seventeen. She has also endorsed the brands Reebok, Toni & Guy, Crocs and Lee Jeans. In 2017 she became a mentor on a show India's Next Top Model, which is aired on MTV India.