Anushka Sen in Korea; From BTS fangirling to gearing up for K-drama, wearing Hanbok & posing in swimwears 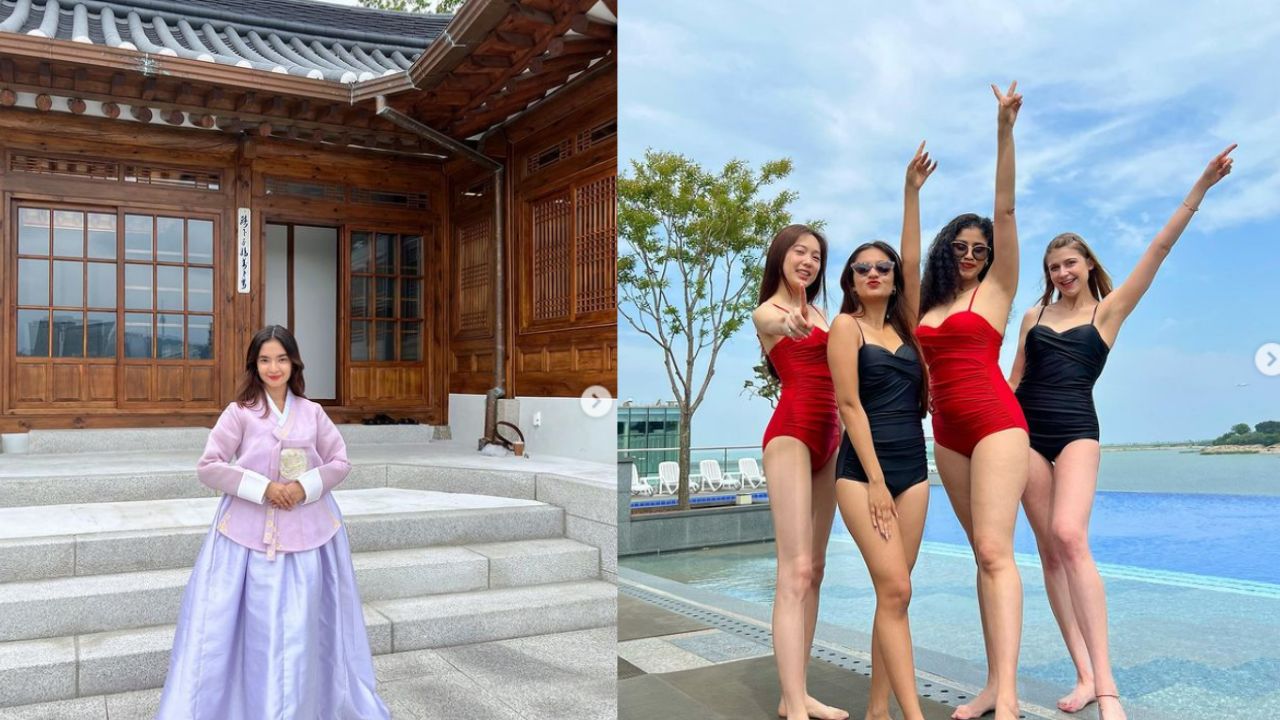 Anushka Sen, the Indian telly actress who is soon going to become probably the first Indian actress to appear on K-drama, has now reached her dream destination of Seoul. Earlier reports of Balveer actress sealing  a deal with a popular K-drama agency went viral on social media following which the actress has now jetted off to South Korea and has been constantly filling up her Instagram feed with ‘Must to do in korea’ posts. The actress recently shared pictures of her in Traditional Korean dress and also revealed her BTS bias.

The actress before starting her shoot is on the mission to explore Seoul and with that she recently channeled her queen charm in Korea’s traditional dress ‘Hanbok’. The actress looked too pretty while she swung along. She wrote “Today I wore Hanbok 한복 ( Traditional Korean Outfit) for the first time! We are staying at this beautiful Hanok”.

In another pic which she captioned as ‘Gurl gang’, youth Sensation Anushka poses in a black monokini along with her friends enjoying pool time. Anushka earlier mentioned having a sizable fan base in Korea. “'I'm looking forward to letting my Korean followers see how I'm immersing myself in their culture through my two projects” She mentioned earlier in a statement.

Anushka earlier mentioned being a die heart fan of BTS member V aka Kim Taehyung. This happened when she organized a q/A session on her Instagram and a fan ended up asking her BTS bias.

As Hallyu wave kicks in and India has started witnessing the rise and shine of Stars such as Anupam Tripathi in K-drama squid game, newly inducted first Indian K-pop idol Shreya Lenka and now we will also get the first K-drama actress Anushka Sen. Apparently Anushka will appear in a k-drama with a famous Korean celeb Lee Yoo Bi in the lead role. More information is awaited.