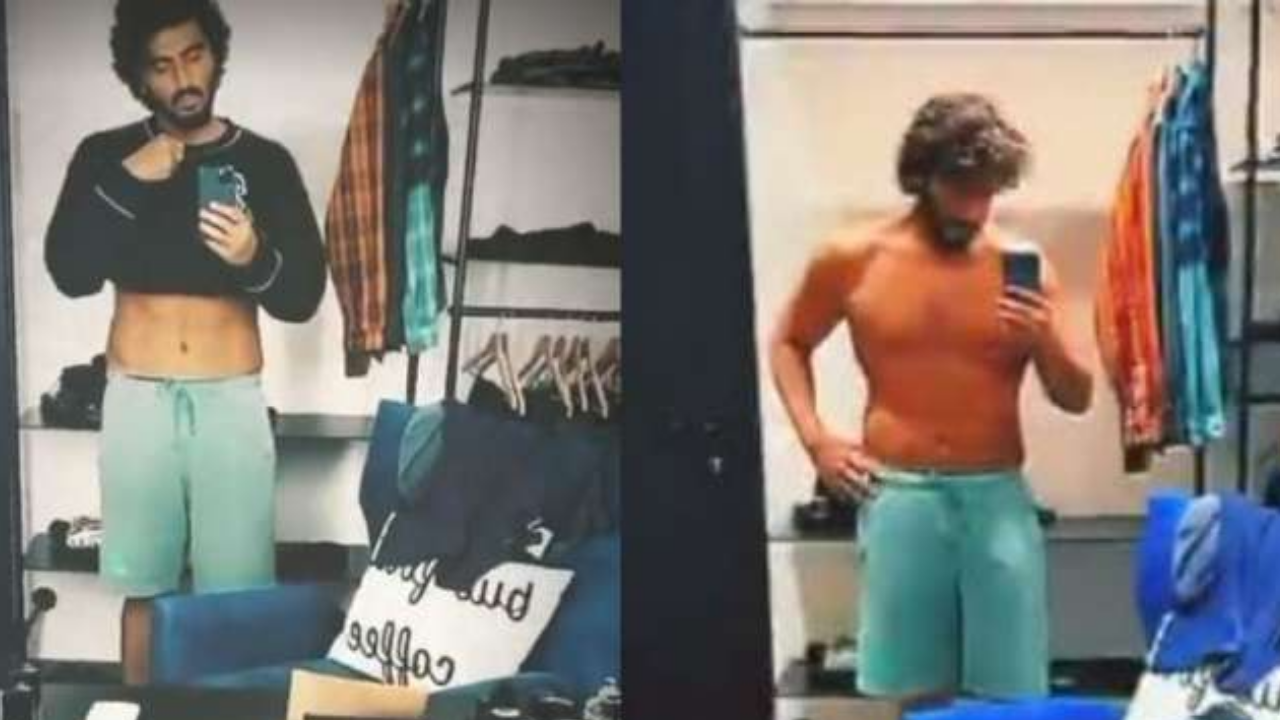 Bollywood’s superstar Arjun Kapoor who in the initial days suffered a lot due to his overweight and battling obesity from a very young age has always pushed himself to try his level best in order to achieve the desired physique. Arjun who is quite active on Instagram and always keeps his fans and followers entertained through his life updates recently shared a massive body transformation pic on his Instagram, and it wasn’t just a pic but was a series of pictures with different captions.

Arjun Kapoor shows off his abs, fans impressed with the transformation:

Posting pictures while sweating out in the gym has become a new trend for celebrities to keep their fans engaged about their day-to-day schedules and other updates. But these days actors are just not sharing their normal workouts, but their massive transformation are the one gaining a lot of attention. Earlier it was Arshad Warsi who shocked his fans, and now it is Arjun Kapoor flaunting his perfect abs. Earlier today, Arjun posted 3 pictures in a row on his Instagram story. “Biscuit aa gaye vapas, chai lana zara!!” was the caption on the first one. “Actually biscuits ka complete packet ready hai ab bhai log,“Toh party kare?”” he added in the second shot.   However, after more consideration, the actor realised that it is time to start working harder instead of partying. “On second thought, let's do some extra mehnat... Arjun posted a shirtless mirror shot at the gym with the hashtag #workinprogress.

On the works front the actor was recently featured in Bhoot Police which was released earlier this month along with Saif Ali Khan the upcoming film his Mohit Suri’s ek villain returns in which he will be seen sharing the screen with Tara Sutaria, John Abraham and Disha Patani.