Arjun Kapoor goes romantic with Malaika arora in the city of love ‘Paris’ on his birthday, see pics 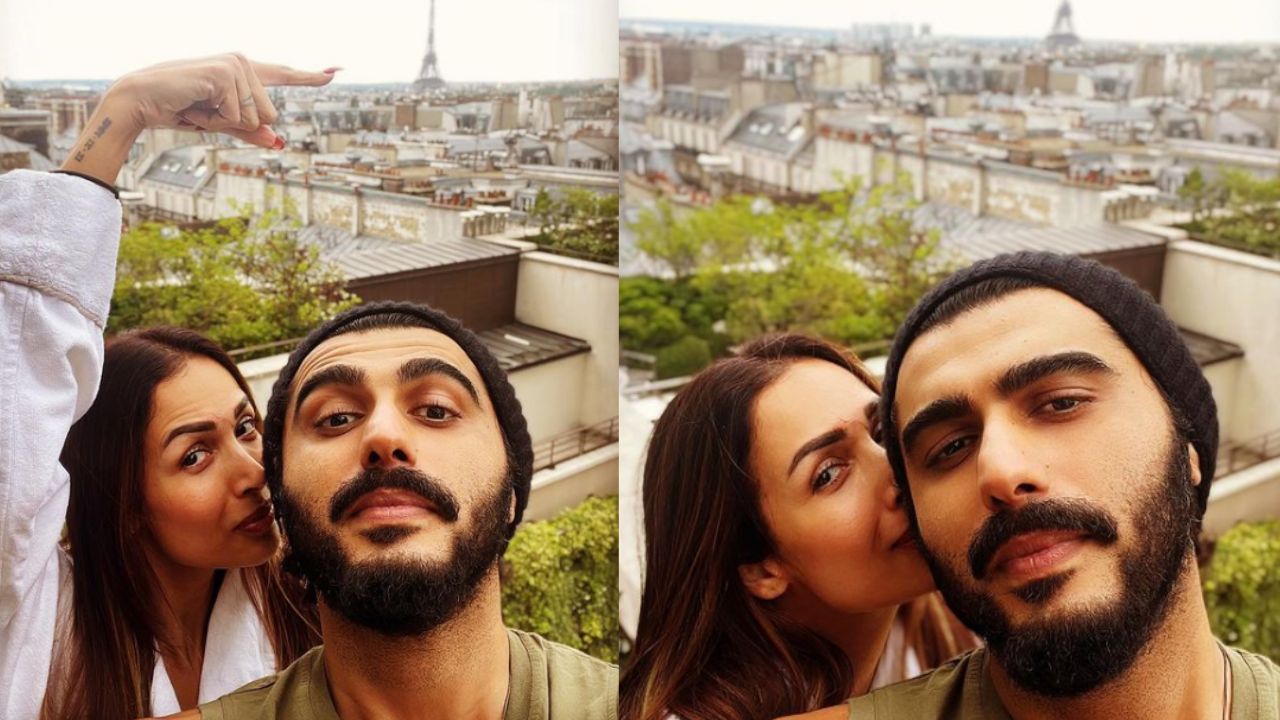 Happy birthday Arjun Kapoor: The Ishaqzaade star celebrated his 37th birthday today, and he appears to be living life to the fullest with his one and only Malaika Arora. The lovebirds are currently in Paris, and we can't blame them—there is undoubtedly something romantic in the air that makes every moment magical.  Arjun and Malaika dropped some major goals for couples as they posted some serene pictures all the way from their vacation destination Paris. Malaika can be seen grinning and hiding behind her beau while Arjun looks dapper in the new look.

It’s still hard to believe that this is the same couple who used to post individual pictures from their vacation whenever they were together and now they are just dropping fire couple goals together. Arjun is clad in an olive-green vest and a beanie with a full grown beard.  Malaika Arora, on the other hand, dressed in all white. The couple appeared stunning and utterly in love!. Dropping the pictures he wrote ‘ "Eiffel good... I knew I would..." . Take a look.

Arjun who was last seen in Bhool Police, will appear in Mohit Suri's highly anticipated "Ek Villain Returns," with an amazing star cast of  John Abraham, Disha Patani, and Tara Sutaria,  The movie is a follow-up to "Ek Villain, (2014)" which starred Sidharth Malhotra and Shraddha Kapoor and gained a cult following.  Additionally, he has The LadyKiller by Ajay Bahl and Kuttey by Aasmaan Bhardwaj. Speaking of Malaika, she is getting ready to publish her first book, which will focus entirely on nutrition.
Kaun Banega crorepati 2022 start date, time, where & how to watch, new rules, prize money & more
यह भी पढ़ें