Bachchan Paandey Poster: Akshay Kumar and Kriti Sanon featured together in the poster, Check out the look 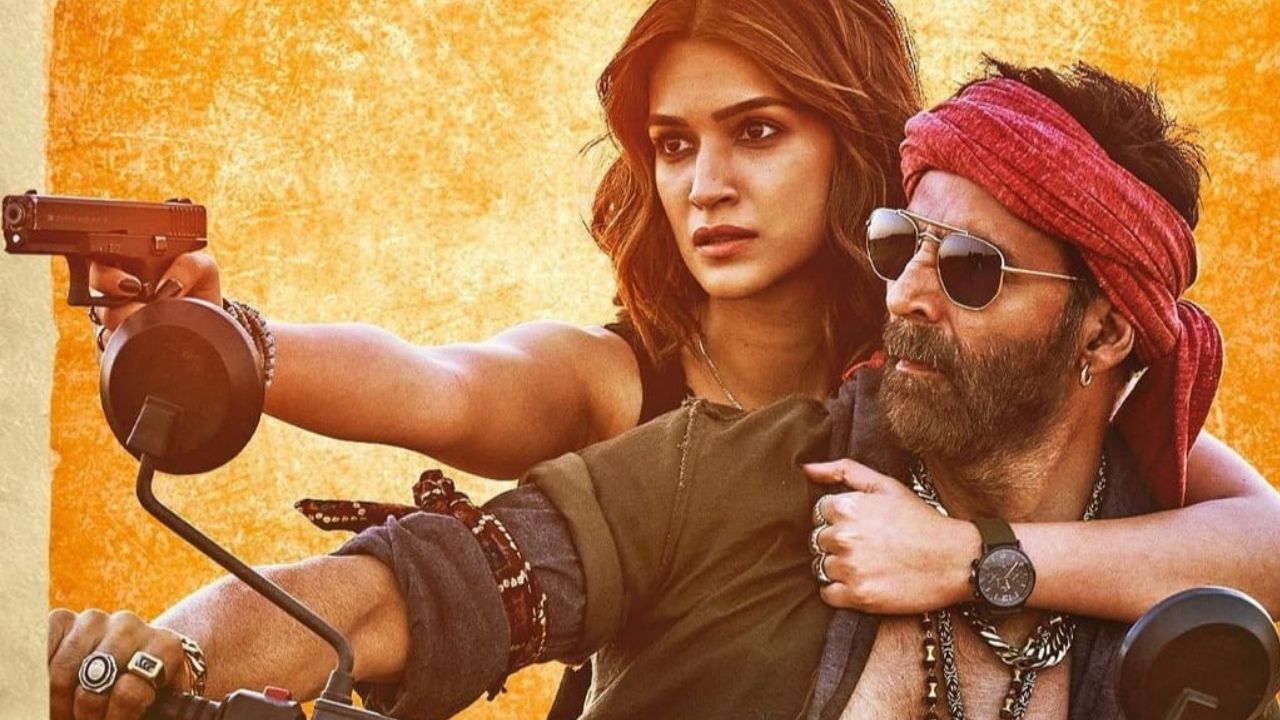 Bachchan Paandey: Akshay Kumar’s next film Bachchan Pandey is set to release soon on the occasion of Holi. The film depicts Akshay Kumar in the character of a gangster and it is a Hindi remake of Tamil film Veeram which was released in 2014.

The filmmakers are releasing exciting posters, the lead actor Akshay Kumar shared another poster of the film Bachchan Pandey on his instagram. Earlier, most of the posters were his singles, however, this time he has revealed one with the lead actress of the film Kriti Sanon. He made a caption, BachchhanPaandey ke nazar ke teer aur Kriti Sanon ki Holi pe Goli. Fasten your seatbelts…iss baar kuchh alag hi maza aane wala hai. Trailer out tomorrow!” The actor also revealed the trailer release date, which is 18th february. Here is his post:

The film will feature Akshay Kumar in the titular role whereas Kriti Sanon will be seen as Myra- a Mumbai based film director. The film will also feature Jacqueline Frenandez, Pankaj Tripathi, Arshad Warsi and others in the film. The film is directed by Farhad Samji and it will have its theatrical release on 18th March 2022.