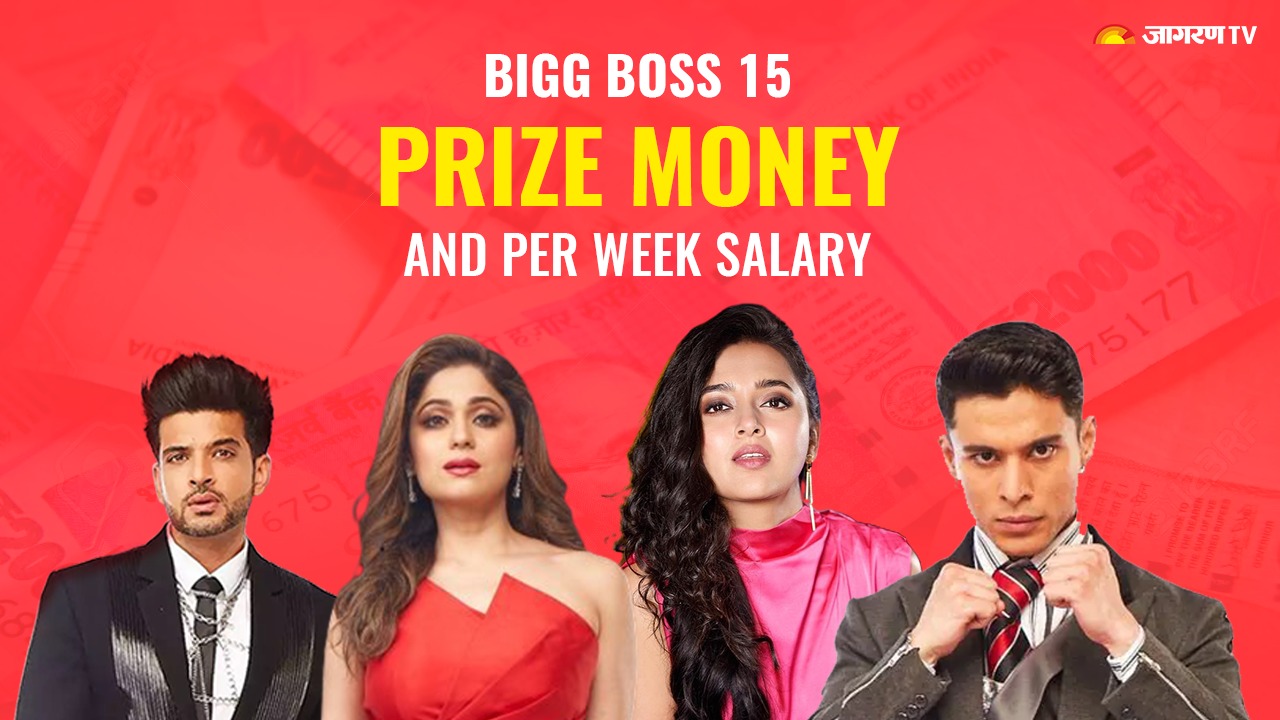 Bigg Boss 15: The season is about to get wrapped up in 2 days and before that a few details have been leaked from the sources which claims many interesting factors from the show. Makers of the show at the same time are leaving no stones unturned in keeping their audience glued to the Tv specially when the show already suffered a low TRP during the whole season. But, as close it is getting towards the finale, the craze for the finalists is getting crazier. Earlier we told you how Pratik Sehajpal’s fandom broke every possible record of tweet and crossed 8 million hashtags under Pratik deserves BB trophy and Tejasswi being the hot favorite of everyone, in today’s article we will tell you about all the minor details including the prize money, salary, time and date.

Before proceeding further let us tell you that this is going to be the last week of Bigg Boss 15th season, the show which was supposed to extend for 6 months unfortunately has to get wrapped up on coming weekend i.e on 29th and 30th January 2022. The winner will be announced on 30th Jan night. The grand finale will start airing at 8 PM on Colors Tv and Voot.

After the elimination of Rakhi Sawant, Devoleena Bhatacharjee and Abhijit Bichukale the controversial show has finally got it’s 6 finalist as Tejasswi Prakash, Karan Kundrra, Pratik Sehajpal, Shamita Shetty, Nishant Bhat and Rashami Desai. Talking about the front-runners, as per the polls and predictions Pratik, Tejasswi, Karan and Shamita are leading the show in the respective order. With Rashami & Nishant still lacking behind.

As per the latest update, with the revival of Rs. 6 Lakh in presence of RJ Karan and RJ Palak after Bigg Boss announced that the guest found all the contestants quite genuine and sincere for their task, the final prize money climbed to a whooping amount of Rs. 50 Lakh.

At first, it was Jay Bhanushali who was ruling the chart of highest paid contestant of Bigg Boss 15 but, now it is Swaragini actress Tejasswi Prakash who is charing Rs. 10 Lakh for every week.

Karan being quite a famous Television face and with his extremely loved chemistry with Tejasswi Prakash has undoubtedly remained one of the plus factors for the makers of the show in terms of popularity. He charges Rs. 8 Lakh per week.

Shamita emerged as one of the strongest female contender in the history of Bigg Boss house and ruled both Bigg Boss OTT version and Tv version with all grace. She charges Rs. 5 Lakh per week.

Pratik, being the strongest surviour with his highest probability of winning the show’s title owing to his massive fan base, charges Rs. 2 Lakh per week. On the other hand, Nishant Bhat also charges the same amount.