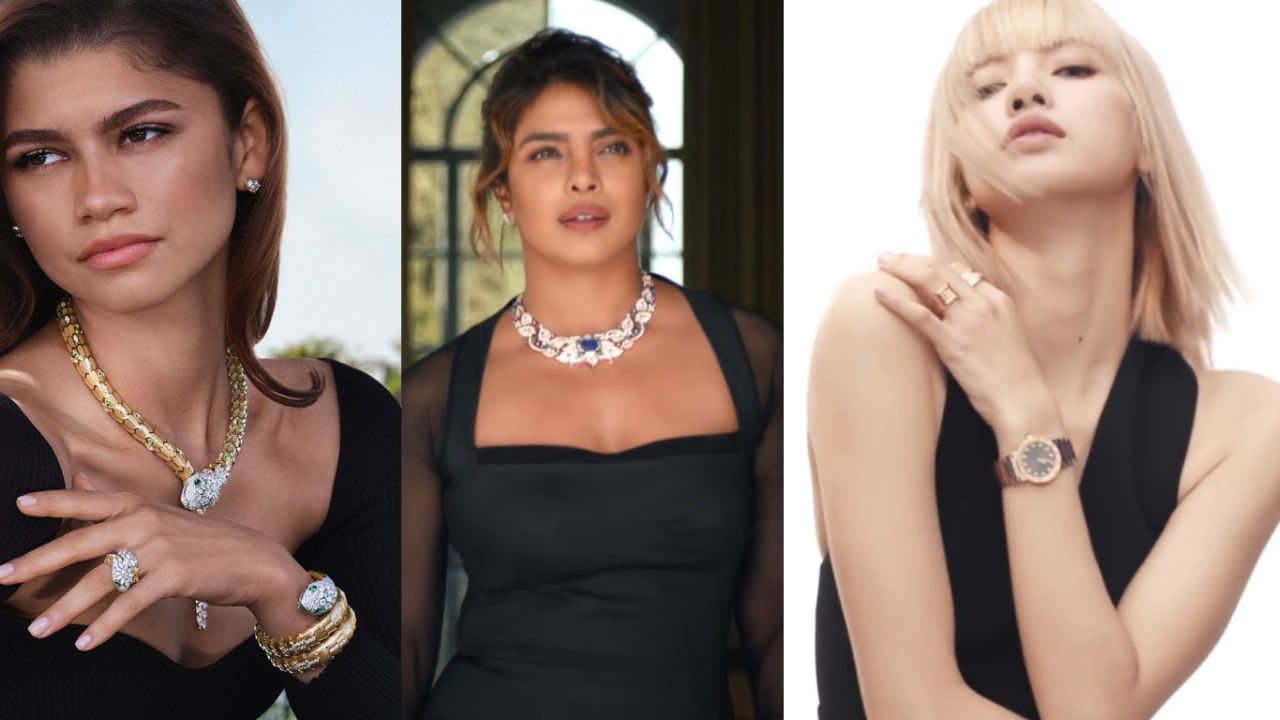 Wonders happen when you put 4 powerful women from around the world into one frame which justifies why the Italian luxury Jewelers chose India’s Priyanka Chopra, K-pop Idol Blackpink’s Lisa, Zendaya and Anne Hathaway as the face of it’s newly launched campaign ‘unexpected wonders’. Last week, the company released a video starring Zendaya and Anne that was directed by Paulo Sorrentino. Fans kept looking for Priyanka and Lisa in the video but, after realizing that both of the stars were absent they demanded Bulgari to release their videos as well and now following Lisa, Priyanka’s video has also been dropped by.

Priyanka is looking no less than a queen in the latest Italian luxury brand  ‘Unexpected wonders; campaign. Priyanka Chopra Jonas, the new Bulgari brand ambassador, wears the Haute Jewellery and Sapphire Fantasy  collections in fair Rome, where Bulgari generally sets it’s stage. Dropping the video Bulgari wrote “ Bulgari’s new brand campaign, brand ambassador @priyankachopra loses herself in the grace of Rome.Delighting in the charismatic resplendence of the new Bulgari Eden The Garden of Wonders High Jewelry collection, Priyanka’s sincere amazement is magnified by the splendor of the Sapphire Fantasy necklace.

Lisa, a musician and worldwide brand ambassador for Bulgari, flaunts new bold pieces from the B.zero1 collection of Bulgari. In a 30 seconds long video Lisa looks breathtakingly gorgeous. “ @lalalalisa_m luxuriates in the light of the Eternal City — her journey towards endless joy powered by the audacious spirit of the notorious B.zero1 collection.

Earlier the Italian luxury brand dropped the video of award winning Anne Hathaway and actress  and singer Zendaya. The film emphasizes the uniqueness of the tiniest things, and urges viewers to find the remarkable in the everyday. Shot in a beautiful backdrop the ad swayed many women's hearts.