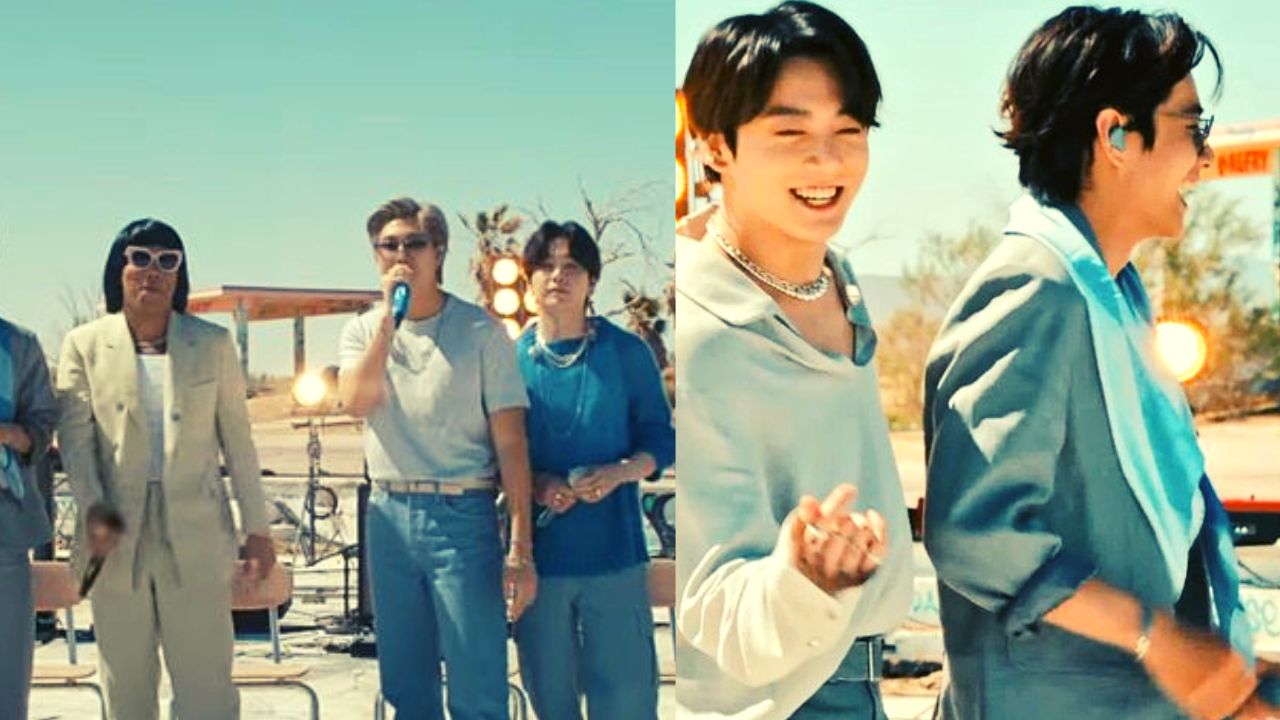 BTS the 7 members today are on a roll with their ongoing PROOF LIVE performance, let’s take a moment to appreciate BTS members stylist, hairdresser and of course the set planners for doing an amazing job. The Live started with BTS members including Jin, Suga, H-hope, RM, jimin, Taehyung and Jungkook singing their newly released song ‘yet to come’ which within two days of it’s release became SPOTIFY’s biggest debut ever for a Korean language song. As the camera zoomed in we spotted none other than Silk Sonic’s Anderson .Paak.

Behind the drums was none other than legendary Anderson Paak of Silk Sonic who revealed that his son too is an ARMY and made him one. He emphasized how Silk Sonic and BTS regularly met each other during Grammy’s and AMA but finally got a chance to collaborate. The 8 of them were seen dancing, wiggling, communicating in English and Korean and being grateful to each other.

Up next were the BTS members talking about their best moment in this journey of 9 years. While J-hope said it was June 13 when BTS debuted, Jimin stated that the day they were up on stage performing for ARMY’s will always remain memorable for him. For Suga it was their showcase on June 12,2013. Leader Kim Namjoon aka RM recalled the days when they used to say “we shouldn’t retire before performing at the Olympic Gymnastics Arena’. The oldest Jin couldn’t just pick one moment because every moment was beautiful.

"Most memorable moment, for me, it's the day BTS was born, that day means a lot to me, that was probably the best moment for me. I still get emotional thinking about it." ㅡ 220613, Jung Hoseok In Proof Live pic.twitter.com/Ocfw5Iy3Ax

What caught attention was Taehyung mentioning Jungkook in his best moment of life. He said the best moment was when he used to ask Jungkook 'Are you crying’ and he used to cry instantly. Jungkook was shocked while listening and asked ‘is this your best moment’ to which V said ‘yes because that moment is not going to come again’ and every member agreed. We are sure every ARMY had a meltdown here.