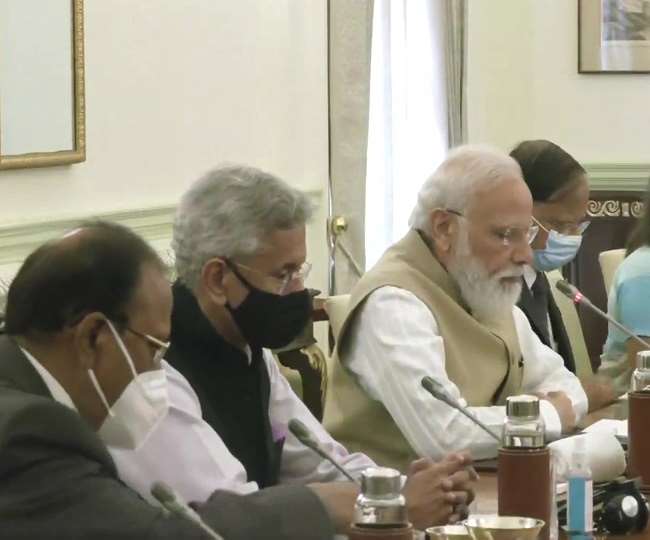 Denmark Prime Minister Mette Fredericksen was received by Prime Minister Narendra Modi at Rashtrapati Bhawan on Saturday, where she received a ceremonial welcome. Both the leaders are now attending bilateral talks. Fredericksen is on a three day official tour to India, which started from October 9 and will continue till October 11. She was received by Meenakshi Lekhi,Union Minister of state for external affairs, at the Delhi Airport.

After he ceremonial welcome at Rashtrapati Bhawan, she went to pay her tribute to Mahatma Gandhi at Rajghat, from where she headed toward bilateral talk with Prime Minister Modi and EAM S.Jaishankar.

Danish PM also said,“We consider India as a close partner. I see this visit as a milestone for Denmark-India bilateral relations.”

The bilateral talk are said to address four issues-  climate, energy, water and green financing. Both the parties are going to talk on numerous issues with major focus on climate change and green initiatives. Also, both the parties are likely to address topics like free trade. Danish PM will also interact with journalists and think tanks on Sunday