Durex to Domino's brands who wished Ranbir-Alia on their pregnancy in their quirky style; check it out 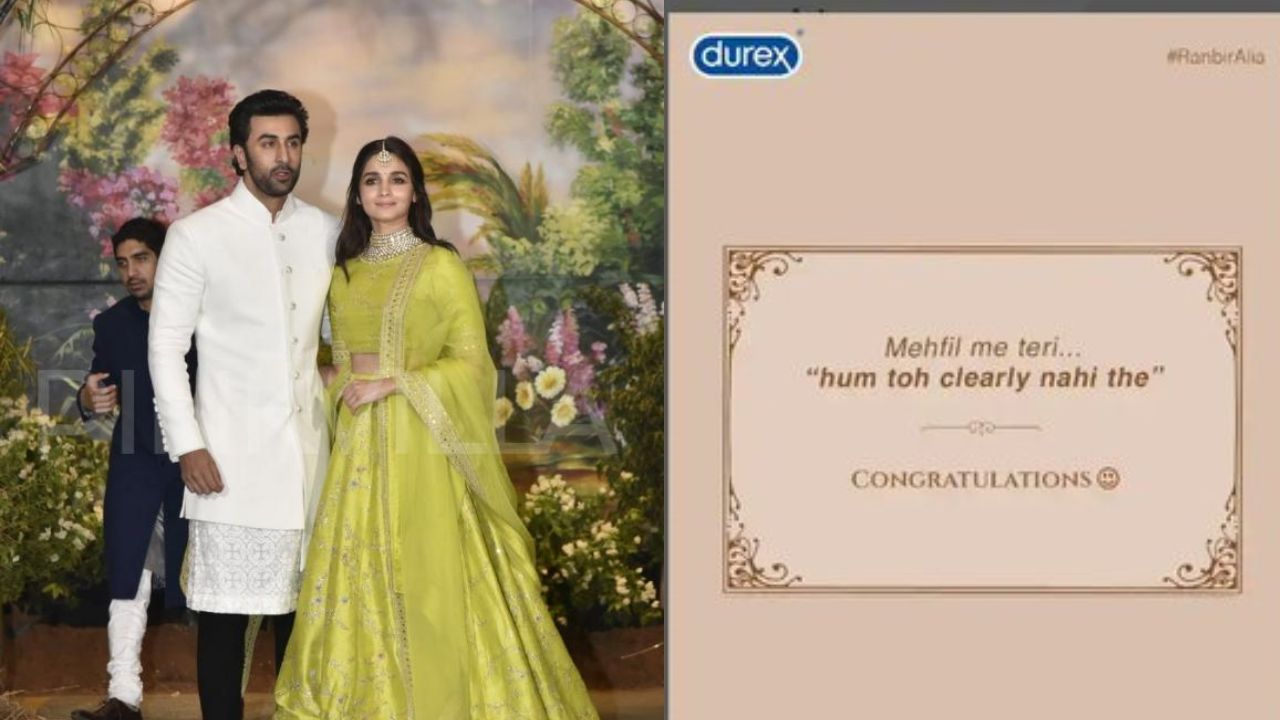 Ranbir Kapoor and Alia Bhatt ever since the couple came together in one frame have been dropping major goals, just 2 months after their wedding Ranbir-Alia announced their pregnancy and while few thought it was just a promotional idea for something upcoming, turns to be the couple weren’t joking and Alia Bhatt is soon going to be a mother. And now amid all the dishes pouring and fans going gaga over their new chapter, popular bands took a dig at the news in their quirky style and left everyone go ROFL. Yes we are talking about Durex and Domino’s.

Popular Condom brand ‘Durex’ go no chill, we aren’t but fans of Ralia are claiming. This happened while everyone was busy showering well wishes for Ranbir-Alia’s baby and in the midst of that durex took to their instagram to share a post and worte  “Mehfil mein teri, hum toh clearly nahi the,..Congratulations”,  which is absolutely hilarious. The brand then captioned the whole post as ‘The JOMO is REAL! Congratulations Alia & Ranbir.’

Well, popular Pizza Brand Dominos too wasn’t ready to let this opportunity go and thereby introduced a discount coupon for baby Ralia (Ranbir Kapoor-Alia Bhatt). They took to their instagram to share the post and wrote ‘A big congrats to the couple, we wanna celebrate something too now, here is code Babyralia for 50% off.” And now the fans have flooded the internet with hilarious memes looking at how brand are using the opportunity to make a perfect advertisement.

Dominos giving away 50% discount because of the ranbir-alia news........ pls keep having kids

looks like calculation is inspired by mother of #Babyralia- Alia Bhatt ! 😂 pic.twitter.com/YfqVfpQcsx

I swear Durex comes up with the best one liners. Kapil sharma who? Kevin Hart who? Ranbir and Alia are not going to like this lol https://t.co/Bo8DHcjfbZ