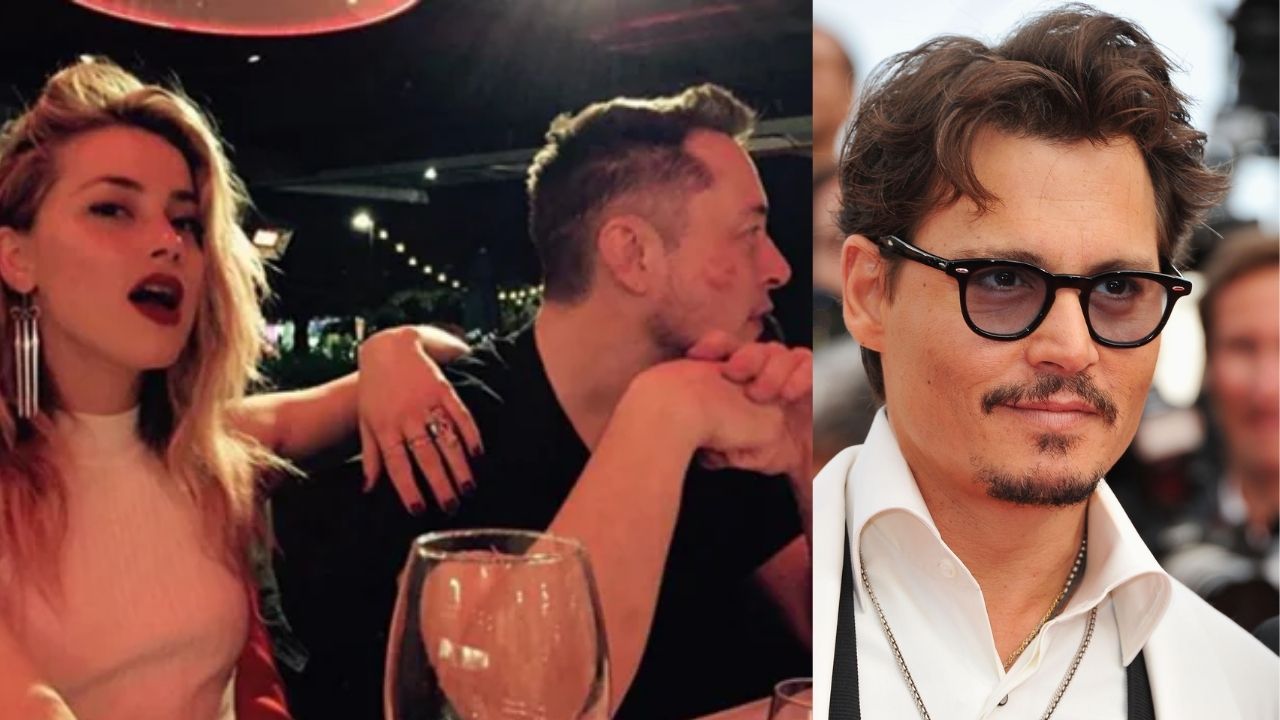 Johnny Depp and Amber Heard ongoing battle over a defamation case filed by the pirates of caribbean star on his ex wife, Heard is taking new turns and introducing new twists every day. While both of them have accused each other for physical violence and are making their legal battle in the court of Virginia, one name which is continuously prompting out in the discussion is Twitter’s new owner Elon Musk. The South African businessman and multi millionaire connection to Amber Heard has made many headlines, but what exactly is the story let’s find out.

Depp had accused Musk of having an affair with Heard while she was still married to him. Musk allegedly had a "three-way affair" with Heard and model-actress Cara Delevingne at Depp and Heard's Los Angeles apartment in 2016 when the actor was abroad in Australia for filming, according to court records.


On the contrary Elon Musk denied all the accusations and labeled Cara Delevingne as his friend, he did admit of having an affair with Amber Heard but only when she got divorced with Depp in 2016. A report said that Musk might make a court appearance to keep his stand on it.

According to reports, Elon Musk and Amber Heard met on the set of "Machete Kills" in 2013. The two remained friends, but their friendship blossomed after Heard and Johnny Depp divorced in January 2016.
Musk got divorced from his  wife Talulah Riley in October of 2015, therefore he was single at the time. Musk gave Heard "24/7 security when she was considering enforcing restraining orders against her ex-husband  as per the court records. Heard and Musk began dating in 2016. According to rumors, the billionaire ended his year-long relationship in August 2017. The pair rekindled their romance months later, but after a few months, they called it quits once more. As per Musk he was really in love with Amber and that the break broke him from the core he confessed in an interview.

As per a few reports which surfaced yesterday,Johnny now intends to find out if Amber's ex- lover, Elon Musk, is the biological father of her baby, who was born just a year ago. According to yourtango, Johnny Depp will be investigating whether his ex-wife Amber Heard had her daughter 'Oonagh Paige' with her (claimed) ex-boyfriend Elon Musk in the future proceedings.

On May 23, 2016, Heard filed for divorce from Depp and obtained a temporary restraining order against him. She said Depp had physically abused her during their relationship,Following that, she reached a financial settlement and withdrew the complaint, and the pair also published a joint statement about their divorce. People then reported that the actress had donated the settlement money to charity.
Heard went on to write an op-ed for The Washington Post about how women in domestic abuse cases are treated. "I experienced the full force of our culture's rage towards women who speak up as a public figure representing domestic abuse."In 2019, Depp filed a slander lawsuit against Heard for $50 million.
Hansal Mehta marries Safeena Husain after 17 years, know his age, career, family, relationships, children and more.
यह भी पढ़ें