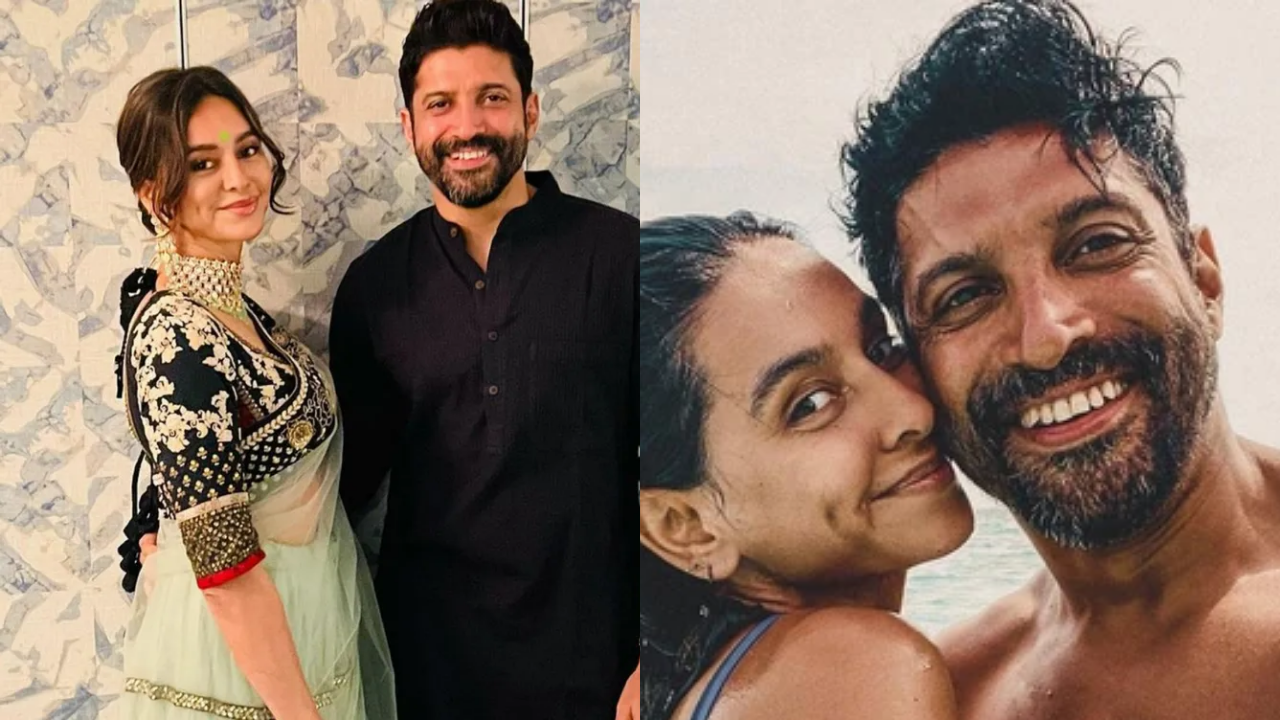 Farhan Akhtar-Shibani Dandekar wedding: Bollywood’s infamous couple actor,writer Farhan Akhtar and his long term actor, singer girlfriend Shibani Dandekar are finally making it official. Yes, while rumours of their wedding have been circulating for months, with some even predicting the couple might not tie the knot this year, it has finally been confirmed that the lovebirds will tie the knot in Khandala. Farhan's parents, Javed Akhtar and Shabana Azmi, to host the event at their home, 'Sukoon.' As the event approaches, various celebrities, including Anusha Dandekar's sister, Rhea Chakraborty, and others, have been spotted entering the venue.

Bollywood actress who was recently surrounded by a lot of controversies and wasn’t seen a lot in the town was spotted attending her best friend Shibani’s marriage in a beige colored lehenga. She waved to paparazzi as they caught her entering the venue.

As per various reports Farhan and Shibani have decided to keep their wedding a low-key affair that means the ceremony will be quite simple. They even urged their guests to go for more light and pastel shades instead of bright and shimmery. Anusha Dandekar on the other hand was spotted flaunting her floral blue lehenga.

Ashutosh Gowariker arrives at the venue

Shibani had previously revealed a glimpse of her red high heels as she captioned, "Let's Do This," before taking wedding vows with Farhan. As per India Today’s report Gaurav Kapoor, Samir Kochar, Monica Dogra, Gaurav Kapoor, and Rhea Chakraborty are among the guests anticipated for the wedding