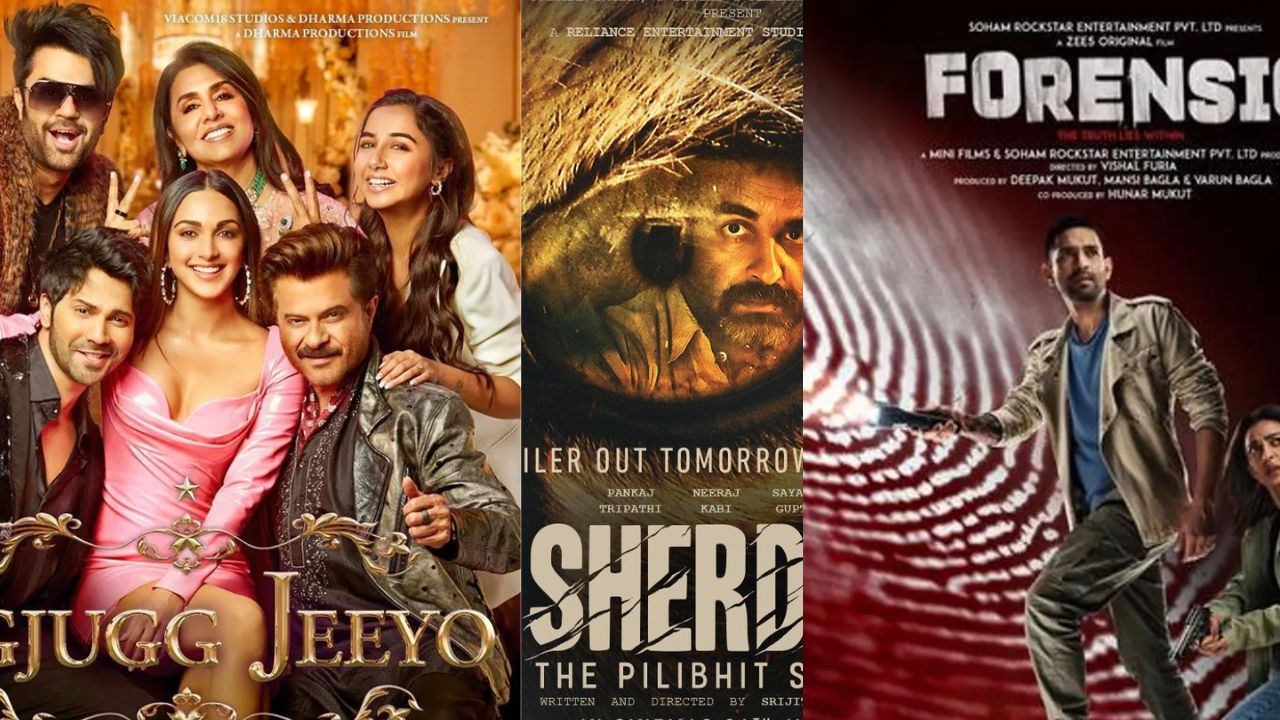 A lot of excitement will be stirred at the box office on June 24, 2022, since it features plenty of thrills, drama, suspense, love, and action. This Friday, there will be a heck of a lot of entertainment to choose from, including OTT releases of films and TV shows as well as theatre premieres. From Varun-Kiara’s family drama to Radhika Apte and Vikran Massey’s thriller, Let’s get started with some daily dose of masalas hitting your screens today.

The much awaited family drama of Varun Dhavan and Kiara Advani also featuring Neetu Kapoor, social media influencer Prajakta Kohli,Anil Kapoor,  Comedian Maniesh Paul and others is ready to hit theaters today, and reviews will be out soon. The film focusing on family and the new age relationships is helmed by director Raj Mehta and bankrolled by Dharma productions and Viacom 18 together. ‘It tells the story of two couples from different generations who become involved in problems after marriage.’ The concept of the film effectively bridges the generational gap and delivers a unique message about the modern day relations.

This Friday also sees the release of Pankaj Tripathi's Sherdil: The Pilibhit Saga. Sayani Gupta and Neeraj Kabi will also appear in the movie in addition to Pankaj Tripathi.   Srijit Mukherji's second Hindi film centres on the issues of a community that is poor, surrounded by forests, and home to a tiger population. The film tells the tale of inhabitants around the Pilibhit Tiger Reserve. Reportedly  Sherdil is based on actual occurrences. Gulshan Kumar, T-Series Film, and Reliance Entertainment are in charge of production and presentation of the film.

In the crime drama Forensic, a police officer and a forensics specialist collaborate on a case. , "Forensic" will debut On the OTT platform Zee5. It is a Malayalam film hindi remake. Radhika Apte and Vikrant Massey play the key characters. In addition, the movie also has lead performances by Prachi Desai, Vindu Dara Singh, and Rohit Roy. Forensic, like the movie 2020, revolves on a string of killings of young girls and Like the original film,  Forensic centres on a series of murders of young girls and the complex web of mystery. The movie follows forensic investigator Johnny and police officer Megha as they try to solve the mystery.