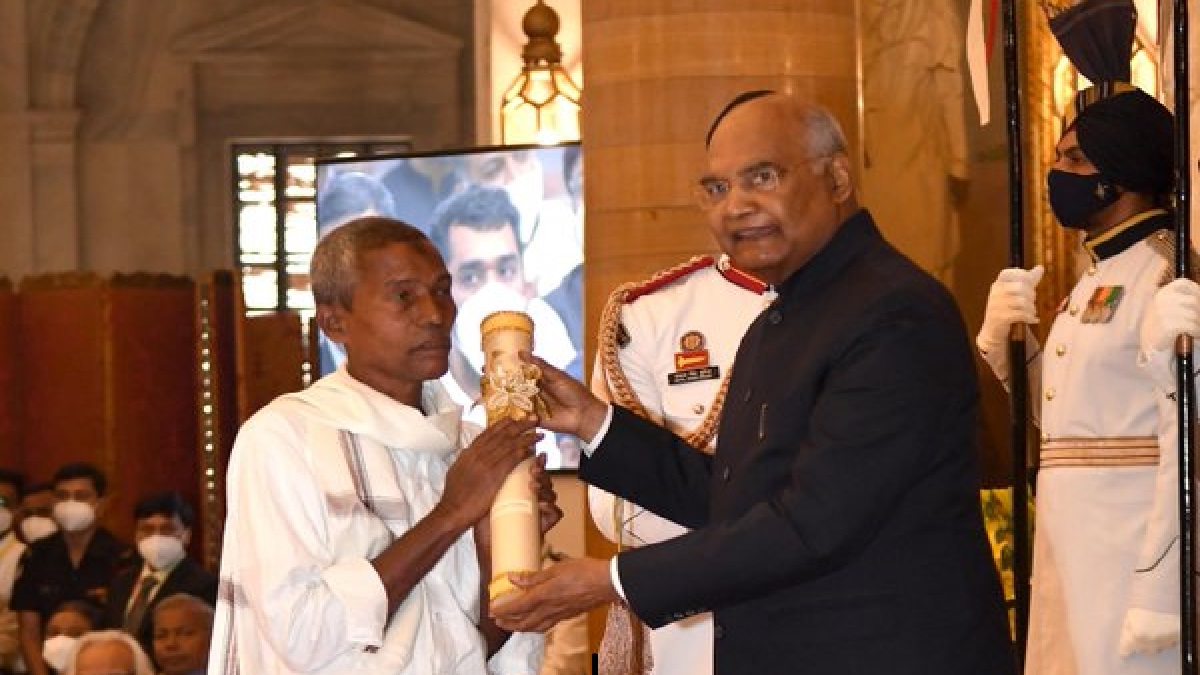 Shri Harekala Hajabba, an orange seller from Mangaluru, Karnataka, was awarded the Padma Shri, India's second-highest civilian award. President Ram Nath Kovind presented him with this prestigious award in the national capital New Delhi on Monday. Hajabba has been given this honor for his contribution to rural education.

Harekala Hajabba has been awarded the Padma Shri for revolutionizing rural education by setting up a school. He had built a school in Harekala-Nyupadpu village of Mangaluru, where at present 175 children of the economically weaker and less resourceful villages are getting a basic education.

Harekala Hajabba, who has been selling oranges at Mangaluru Bus Depot since 1977, is himself illiterate and never attended school. The idea of working in the field of education came to his mind in the year 1978 when a foreigner came to him and asked the price of oranges in English. After this, he intended to bring revolution in rural education.

Due to his philanthropic work, people have given him the title of 'Akshar Sant'. He had reached out to former MLA (late) UT Farid for the construction of the school, to which, Farid gave permission to build the school in the year 2000. Initially, there were 26 students studying in the school. However now, the school provides education till class 10th and 175 children are currently studying here.