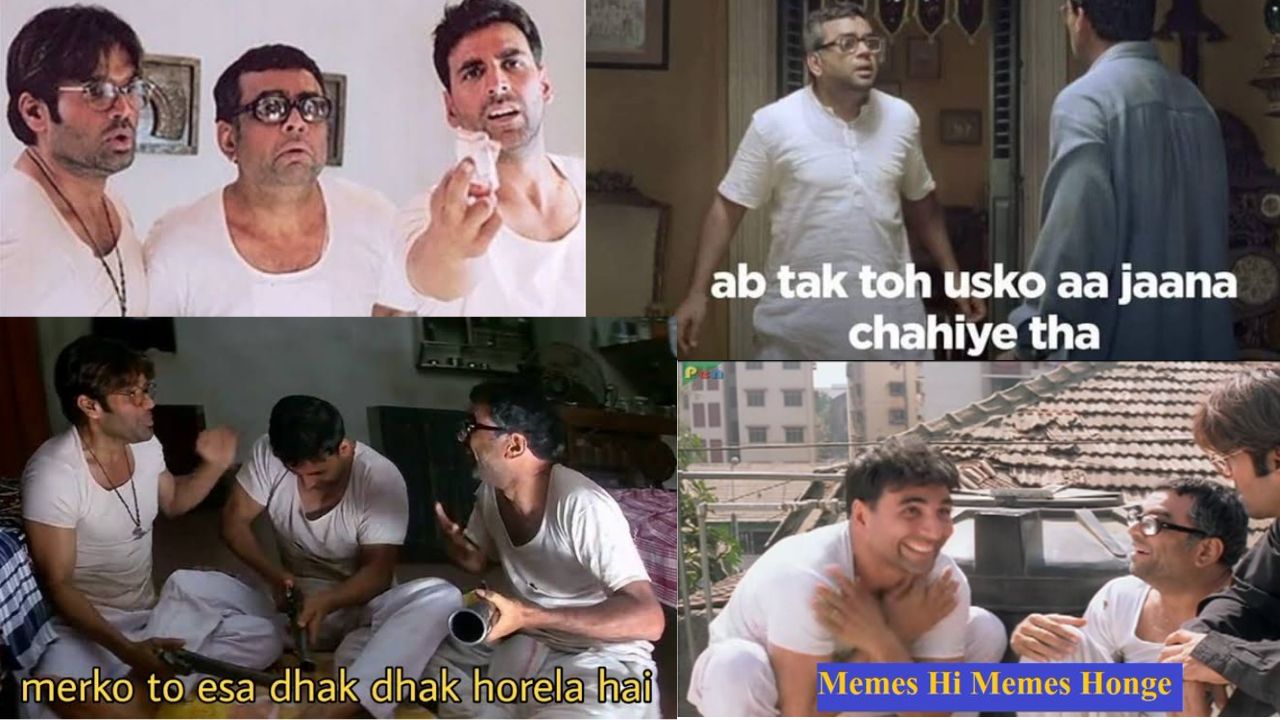 Hera Pheri 3: As soon as the news of Hera Pheri 3, started making rounds on the internet, Twitter lost it’s calm and we cannot help but to help you get the best meme template of the iconic trio of Akshay Kumar, Paresh Rawal and Suneil Shetty. The third installment of the Heri Pheri franchise will be released soon, according to Firoz Nadiadwala. A second installment, Phir Hera Pheri, was released in 2006 after the cult hit from 2000. Makers in the interview confirmed that very soon the iconic trio will resurface to give a perfect comedy dose to it’s audience who are waiting for almost more than a decade for the film to get a renewal.

In an interview with Bollywood Hungama Firoz Nadiadwala said “You’ll get to see it very soon with the same star cast – Akshay ji, Paresh bhai and Suniel ji. The story is in place, and we are working on certain modalities. It’ll be made in the same way, retaining the innocence of the characters. We can’t take past achievements for granted. So, we have to be extra careful in terms of our content, story, screenplay, characters, mannerism etc.” Such details, including the director and release date as well as the plot, are still awaited. Once production on the movie begins,it will be possible to track its development. But, for the fans just the news of it’s comeback was enough to celebrate the good old time of Hera Pheri.

The most complicated meme of #Herapheri 👇😜
Hope they repeat such more jokes in #HeraPheri3 too. pic.twitter.com/oQEeaDFOYN

We are getting Hera Pheri 3? The iconic trio is coming back...OMGGGGG pic.twitter.com/6Dmn3ElUMS

#HeraPheri3
Really this masterpiece will be created?

Awaited to watch this trio! ✨

After waiting for many years!