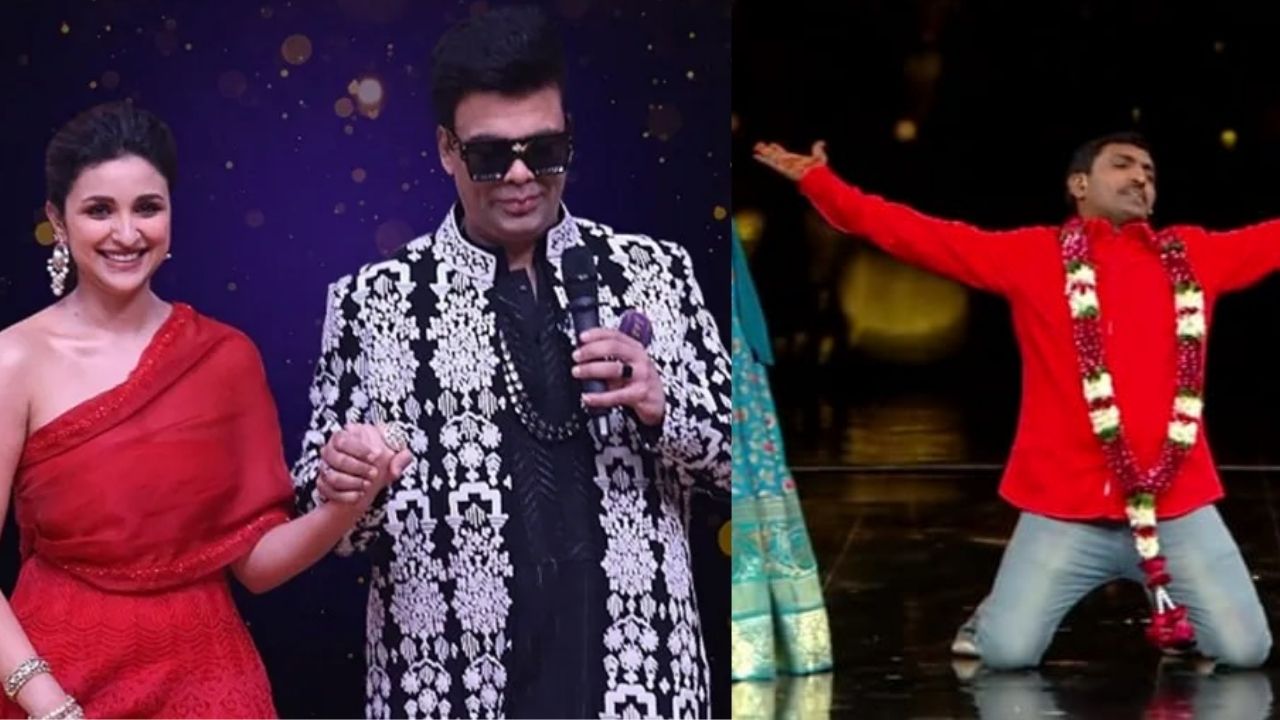 Hunarbaaz Desh Ki Shaan: The actress Parineeti Chopra is gracing the stage of the reality TV show, shares the stage with the filmmaker Karan Joahr and Mithun Chakraborty. Karan Johar, who is always worried about finding the right groom for Parineeti, actually arranged a Sawayamvar for her.

Karan Johar arranged Swayamvar for Parineeti, and he invited popular TV actors like Arijit Taneja, Shivin Narang, Vishal Aditya Singh and Siddharth Dey. However an uninvited suitor also ends up on the stage. The man who called himself Mr. Chopra appears on the stage and reveals his love for Parineeti Chopra. Not only this, he also shows off his T-shirt which has “I Love Parineeti '' printed on it. The channel also posted a teaser video on its Instagram channel with a caption, “Parineeti ke swayamvar mein aaye Mr. Chopra ne dikhaaye apne hunar ke ajab rang. Kya inke pyaar ka izhaar karne ka tareeka laga aapko bhi hatke?” Here is the video:

In the special episode, Karan Johar will be seen walking Parineeti to the stage. She will be dressed in a red gown. Hunarbaaz Desh Ki Shaan is hosted by the power couple of Tv world, Bharti Singh and Haarsh Limbachiya. The  special episode of Parineeti’s Swayamvar will go on air on Saturday at 9pm and on Sunday at 7pm, only on Colors TV channel.