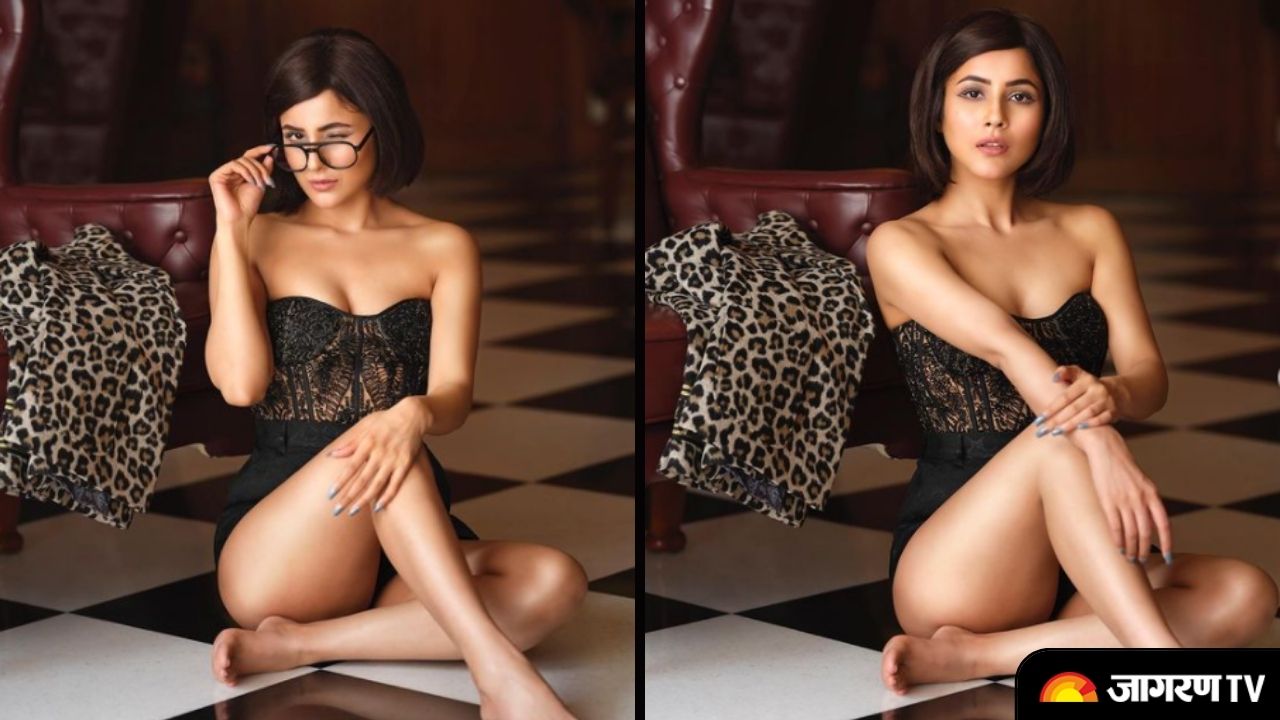 Shehnaaz Gill is one of the most loved fan-favorite celebrities in town. After doing Bigg Boss 13, her fame rose to new heights and there is not a single day that she fails to trend on social media. Currently, she is in news for appearing in reality shows as a guest and even for becoming a muse for ace celebrity photographer Dabbo Ratnani. From doing the cover shoot for Filmfare DIgital Edition to capturing her in an exotic shoot Daboo is doing it all. Recently another picture from the lenses of Daboo is going viral on the Internet.

Dolled up in a black corset and tight high shorts, Shehnaaz is definitely killing everyone with her looks. The cherry on top is her expression and those big nerdy glasses. Shehnaaz has definitely given a big sexy ending to August 2021, and fans just can’t keep calm. Within 20 mins of posting the pictures, she got more than 1 Lakh likes on her post.

Sharing the pictures on Instagram Shehnaaz wrote, “With some stories, you really can't rush things. And it's often best just to sit back and enjoy the journey for what it is ..”


Well, this is not the first time that Shehnaaz became a muse for Daboo Ratnani and made the internet fall for her. The actress has been frequently shooting with Daboo Ratnani exploring different themes and styles. And yet giving big treats to her fans.