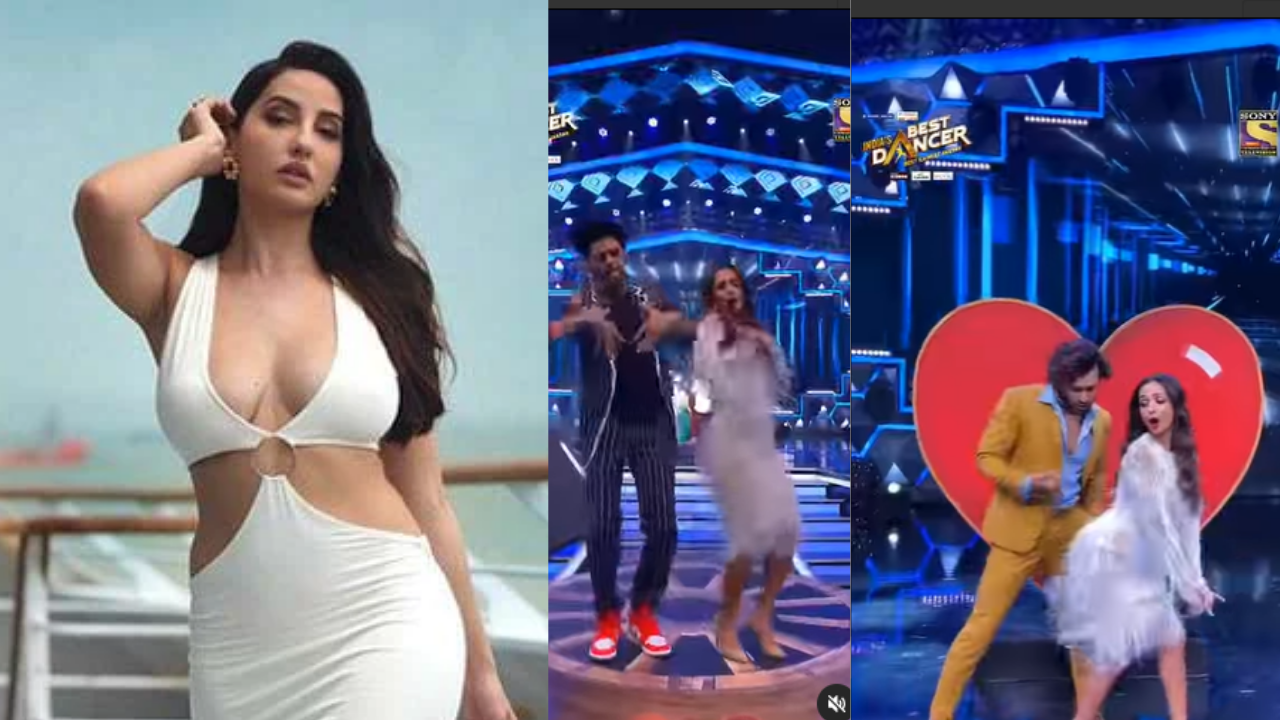 India’s best dancer season 2: The upcoming episode of dancing reality show India’s best dancer 2 will see a dance battle between the judges and host Maneish Paul vibing on Instagram Reel trends. The show will also involve some high-octane performances sprinkled with a dash of humour and plenty of other entertaining moments. As per the reports, Bollywood dancing machine actress Nora Fatehi and singer Guru Randhawa are all geared up to set the stage on fire and were snapped recently at the sets of the show.

These days the song ‘Bananza’ (Belly dancer) song by AKON is going viral on social media trends and while everyone is busy showcasing their belly moves, show judge and actress Malaika Arora also took the interest to recreate a television version on the trend. The actress along with Terence Lewis collaborated to take this challenge. While sharing the video, Sony wrote “Inn dono ki chemistry ko dekh kar toh we are also moving our bodies like belly dancers!Miliye iss dynamic duo on #IndiasBestDancer season 2.

The show’s sneak peek also gave a glimpse of yet another Instagram Reel trend, where Malaika and Maniesh were seen matching steps on ‘hawa me Udti jaaye’ remix song captioned as “Oh yeah! This is as smooth and clean as it gets!”.