Hardik Pandya Biography: Know everything about the cricketing star who is celebrating his 28th birthday today 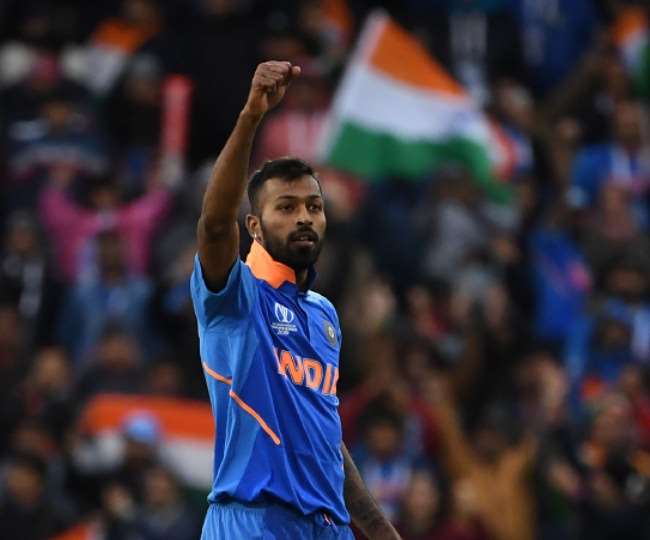 Hardik Pandya is a well-known Indian International Cricketer, who at several times has helped the team win matches with both bat and bowl. He is an all-rounder right-handed batsman and right-arm fast-medium bowler. He plays for Baroda in domestic cricket and franchise Mumbai Indians in Indian Premier League. The International Player possesses the talent of helping team win matches single-handedly.

Hardik Pandya was born to a Gujarati family to a businessman Himansu Pandya and a housewife Nalini Pandya. He has an elder brother Krunal Pandya who also plays for the International Indian Team, Mumbai Indians and Baroda. Hardik got engaged to Indian-based Serbian dancer Nataša Stanković  on January 1,2020. The couple was blessed with a baby boy on July 30,2021 and they named him Agastya Pandya. Hardik lost his father on January 16,2021.

Hardik’s father Himanshu Pandya shifted to Vadodara and closed down his car finance business to ensure that his children get better cricket training facilities. He enrolled both of his sons in Kiran More’s Cricket Academy, Vadodara. Financially week, the Pandya family used to live in a rented apartment in Gorwa. Hardik studied in MK High School until Class 9th and then dropped out to focus on cricket.

Hardik was earlier a leg spinner until his Baroda coach Sanath Kumar asked him to change to fast bowling.

Hardik plays for Baroda team in Domestic cricket since 2013. He played a significant role in helping the team lift Syed Mushtaq Ali Trophy in 2013-14. In January,2016, he smashed eight sixes against Vidarbha cricket team to help Baroda once again lift the Syed Mushtaq Ali trophy

Hardik Pandya was bought by Mumbai Indians in 2015 and in the same year he helped the team beat Chennai Super Kings by scoring 21 runs off just 8 balls and grabbing three important catches. He played a significant role in helping Mumbai Indians register numerous victories.

Hardik made his ODI debut for India on October 16,2016 against New Zealand at Dharamshala. He became the fourth Indian to receive Player of the Match award on his debut ODI. He is highly thought of for his exceptional 76 off 43 at the Oval against Pakistan, during the Final of ICC Champions Trophy, after India’s top order collapsed at 54/5. In 2019, he was also named in India’s Squad for the Cricket World Cup 2019.

Pandya made his T20I debut on January 27,2016 against Australia, in which he picked 2 wickets. His first T20I wicket was Chris Lynn. His most cherished performance in T20I came in 2016 World Twenty20 against Bangladesh on March 23. He took two significant wickets in last three balls and helped India register a win by just 1 run. His career best bowling figure of 4/38 came in the final T20I against England, in which he also scored 33 not out off just 14 balls. With this knock, he bacem the first Indian to take 4 wickets and score 30+ runs in the same match.

Hardik Pandya was named in the Indian test squad for home series against England in late 2016, but had to leave as he injured himself while practicing in the nets of PCA Stadium. He was then selected for the Indian tour to Sri Lanka in July,2017 and he made his Test debut at Galle on July 26. In the final Test against Sri Lanka, Pandya scored his maiden Test Century at Pallekele and also set the record for becoming the first Indian batsman to score a century just before lunch. He also holds the record of scoring highest runs in an over of Test Innings for India, scoring 26 runs in an over.

Hardik Pandya with his Wife and Son