Happy Women's Day 2021: Here are the Top 5 women politicians of India who have achieved a lot after fighting the odds. 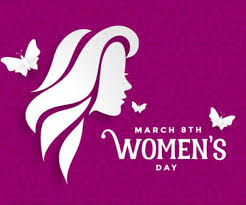 It is quite evident in history that women are always underrated and whenever they wish to achieve something different from the things that society expects women to do, they are always ridiculed and always put down. Be it a mother, a sister, a daughter and a wife, everyone is expected to live the way society wants them to see. Moreover, their existence is usually taken for granted, and have always been targeted by the dominant gender. Women have been an easy target of ill-treatment be it domestic violence, sexual assault, dowry, body shaming and other atrocities. And it is usually a practice that is religiously followed in our society to humiliate the women or girl who tries to go out of the way to achieve something better.

But this International Women’s Day (which is celebrated every year on 8th March), we are taking pride in sharing the stories of a few women who have achieved something great in their lives irrespective of the circumstances and jeer which they have faced from society.

This article will walk you through the achievements of the “Top 5 Women in Politics” to whom people look up to as an inspiration.

Mamta didi previously has also served as twice as the Minister of Railways, and she was also the first woman to do so. Mamta has also been the leading lady in many offices and departments of ministry such as the first female Minister of Coal and Minister of Human Resource Development, Youth Affairs and Sports, Women and Child Development in the cabinet of the Indian government.

A minister in the Union Cabinet of India, Smriti Irani is also a popular television face and is much talked about her lead role as Tulsi Virani from the famous daily soap Kyunki Saas Bhi Kabhi Bahu Thi. Smriti is also a model and producer who further went on to enter politics. Smriti is currently serving the cabinet of Narendra Modi as Minister of Textiles and is also a Member of Parliament in Lok Sabha. An important leader within the Bhartiya Janta Party (BJP), Smriti Irani also holds the charge as Minister of Women and Child Development in the second cabinet of Modi since, May 2019.

An Indian politician and a former Chief Minister of Rajasthan, Vasundhara Raje is a member of the Bhartiya Janta Party (BJP). Vasundhara is also the head of the Dholpur Royal family and the acting queen of Dholpur.

So, these were some women who have proved themselves in the world of politics after fighting the odds. These women fairly prove that gender has nothing to with the type of work, and equality should prevail everywhere. Out of these, there are women who have been “the firsts” in many fields, which opened the pathway for others to gain courage and follow the dreams.

So, here’s to wishing everyone out there a very Happy International Women’s Day 2021.