Jagdeep Dhankhar Appointed as 14th Vice President of India, know all about him 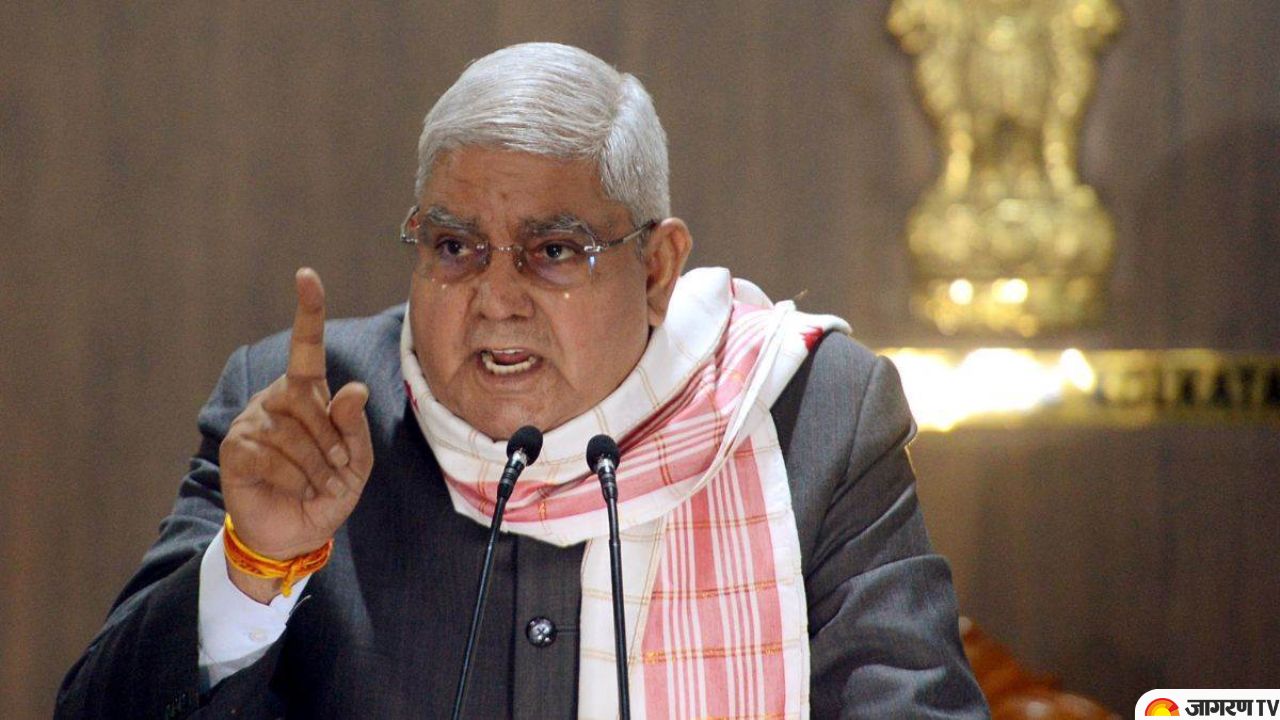 Jagdeep Dhankhar Biography: On Sunday, Jagdeep Dhankhar, who will take the oath of office as the new vice president this week, met with M. Venkaiah Naidu. Naidu and his wife Usha Naidu welcomed Dhankhar and his wife Sudesh to the Upa-Rashtrapati Nivas.
Indian politician Jagdeep Dhankhar has held the office of governor of West Bengal. Before being elected governor, he was a Bharatiya Janata Party member. The National Democratic Alliance announced Jagdeep Dhankhar as a vice presidential candidate on July 16, 2022. From Jhunjhunu (Lok Sabha Constituency) in Rajasthan, he served as a Janata Dal representative in the 9th Lok Sabha from 1989 to 1991. In the 10th Legislative Assembly of Rajasthan, from 1993 to 1998, Jagdeep Dhankhar served as a Member of the Legislative Assembly (MLA) representing Kishangarh.

Shri Jagdeep Dhankhar Ji has excellent knowledge of our Constitution. He is also well-versed with legislative affairs. I am sure that he will be an outstanding Chair in the Rajya Sabha & guide the proceedings of the House with the aim of furthering national progress. @jdhankhar1 pic.twitter.com/Ibfsp1fgDt

In 1979, Jagdeep Dhankhar registered as an advocate with the Rajasthan Bar Council. In 1990, the High Court of Judicature for Rajasthan named him as the Senior Advocate. Until taking the oath of office as governor on July 30, 2019, he was the state's Senior Advocate with the highest senior designation.
Since 1990, Jagdeep Dhankar has focused his practise on the Indian Supreme Court. He served as counsel in a number of Indian High Courts and previously served as president of the Rajasthan High Court Bar Association. Agdeep Dhankhar and Sudesh Dhankar have a daughter named Kamna since their 1979 marriage.

On July 20, 2019, Jagdeep Dhankhar was chosen by Ram Nath Kovind, the former president of India, to serve as the governor of West Bengal. On July 30, 2019, at the Raj Bhavan in Kolkata, Jagdeep Dhankhar received the oath of office from Chief Justice of the Calcutta High Court T. B. Radhakrishnan.
After taking office as governor of West Bengal, Jagdeep Dhankhar frequently clashed with the state's chief minister, Mamata Banerjee, and the West Bengal government. He was notably critical of how the West Bengal post-election violence in 2021 was handled by the Third Banerjee Ministry.
Kaun Banega crorepati 2022 start date, time, where & how to watch, new rules, prize money & more
यह भी पढ़ें