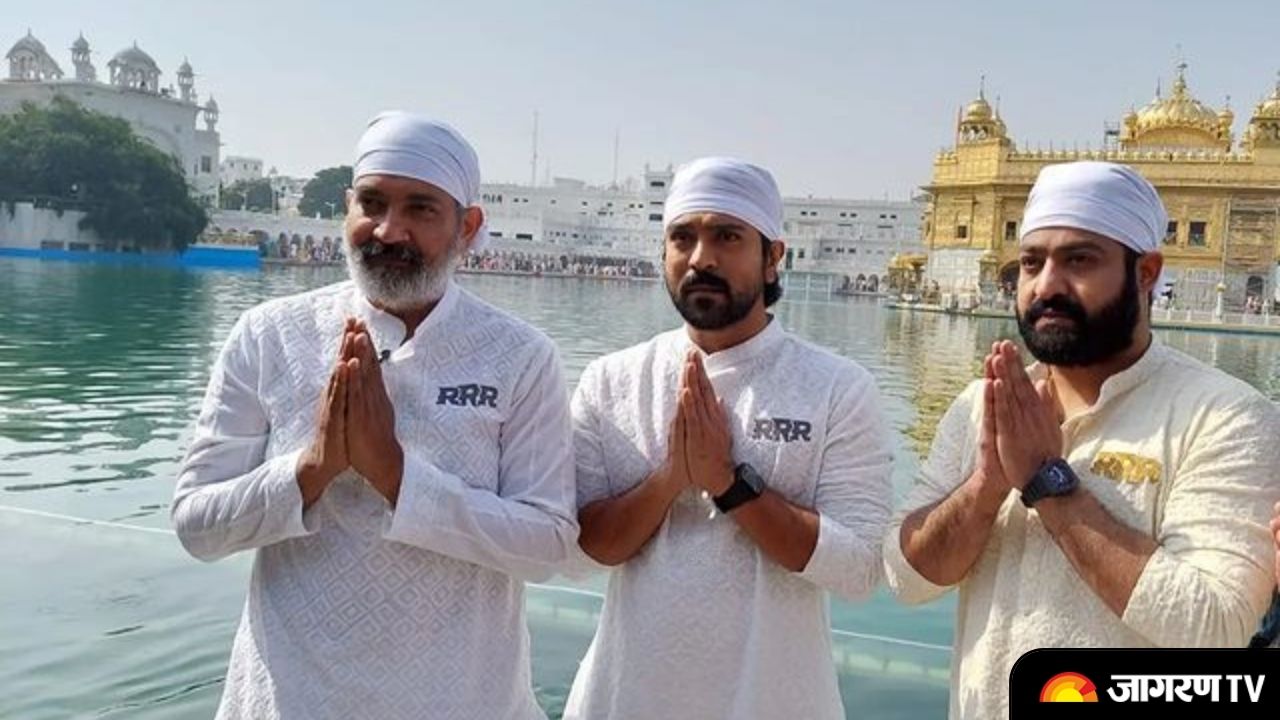 The promotions of SS Rajamouli’s upcoming magnum opus film RRR is in full swing.  After Bengaluru, Hyderabad and Dubai, the pan-India cast of 'RRR' including director S.S. Rajamouli, and actors Junior NTR and Ram Charan visited Golden Temple in Amritsar to seek the blessing for the film. Rajamouli along with Jr. NTR and Ram Charan were seen offering their prayer at the golden temple wearing White shade Kurta with a customized logo of RRR embroidered on it.

The pictures of the director SS Rajamouli and lead actors Junior NTR and Ram Charan at the Golden Temple Amritsar, Punjab are going viral. While the entire team of RRR is leaving no stone unturned to promote the film and seek all the blessings for its success, the customized Kurta with RRR logo is definitely catching the eyes of the audience.


Earlier,  Junior NTR and Ram Charan visited Sardar Vallabhbhai Patel Statue of Unity in Baroda and their pictures also went viral on social media. The team will be visiting major potential markets of the country for the film promotions from March 18-22 and some of the places have already checklisted.

The film was initially set to release in January 2020 but due to the advent of pandemic, it was kept on hold.  S S Rajamouli's film is said to be released on March 25, 2022. It is also the first Indian film to be released in Dolby Cinema.

The film is bankrolled by DVV Danayya on a massive budget of Rs 450 crore. Along with that Jayanti Lal Gada of PEN Studios has bagged the theatrical distribution rights across North India and has also bought worldwide electronic rights for all languages. The Pen Marudhar will be distributing the] film in the North Territory of India.