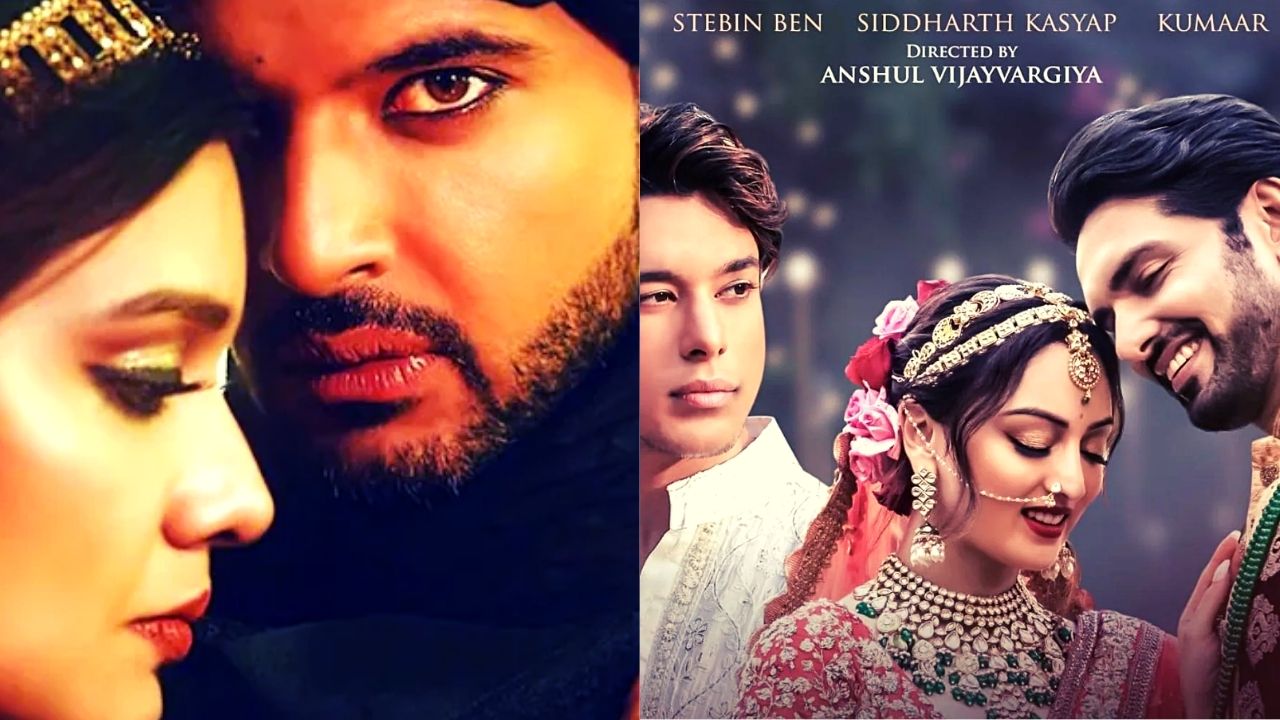 Karan Kundrra and Divya Agrawal much awaited song ‘Bechaari’ crooned by none other than the ‘titliyaan’ singer Afsana Khan has finally made it to the screens following the release of Pratik Sehajpal and actress Sandeepa Dhar’s ‘Dua Kro’ which also marked it’s release on Monday. The teacher and student duo, who began their journey sharing screen space at MTV Love School and continued till Bigg Boss 15, are now competing for the most no. views for their respective songs. Karan Kundrra and Pratik Sehajpal were spotted enjoying a good friendship outside of the reality show despite having some hot exchanges during Bigg Boss, their fans are now determined enough to make them trend all day on social media.

Karan Kundrra's Sultan outfit is causing a stir on the internet. Fans cannot thank  him enough  for offering a new tale of love, suffering, and deceit. On the other hand MTv and Bigg Boss OTT winner Divya Agrawal is also looking absolute stunning in a traditional outfit and curly hairstyle. The song video, which was only released this morning, is quickly storming the charts for all the right reasons. Bechari is crooned by Punjabi singer Afsana Khan.

On Monday, Stebin Ben crooned the love single Dua Karo, which featured Bigg Boss 15 runner-up Pratik Sehajpal and actress Sandeepa Dhar was officially launched.  Siddharth Kasyap wrote the music for the song, which  features Kumaar's lyrics. The song directly touches the heart strings and Pratik proved that not only is he an amazing reality show player but someone with a lot of emotions, good acting skill who keeps his audience spellbound with his magic.

Talking about the song he said “when I heard the song for the first time, I immediately felt a gush of emotions and I knew audiences would relate to this soul-stirring song just like me. It was a delight to work with Sandeepa and I hope we both did justice to the beautiful video.”

Congratulations 👏👏 for 4M+ on #DuaKaro 😇