Karan Patel on Aryan Khan Drug Case: Using the ‘Prince’ to get back at the ‘KING’ 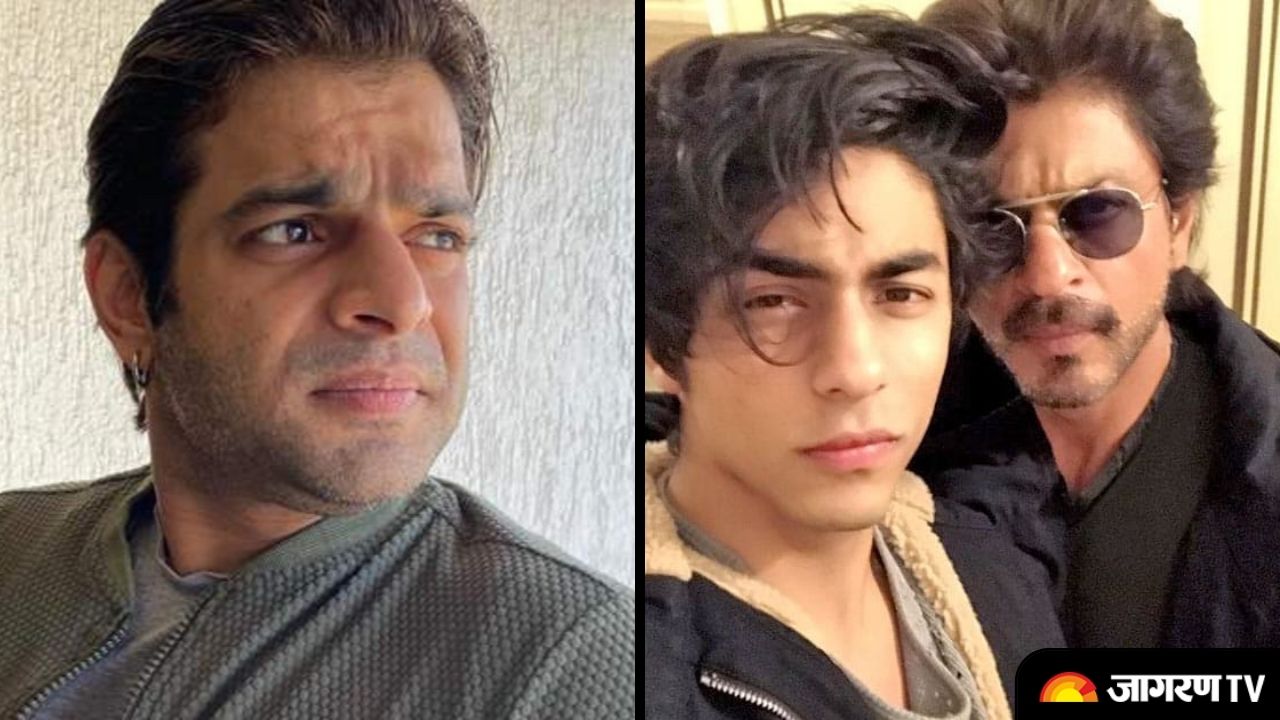 Since the arrest of Aryan Khan in a drug case by NCB, many popular celebrities have come forward in support of SRK and Aryan. Celebrities are pointing to NCB for moving the case solely on Aryan and ignoring the main case of drugs and others. Recently famous television actor Karan Patel also spoke in support of SRK and said that through Aryan people want to target SRK.

Taking to his Instagram Story, Karan wrote in favour of SRK and Arayan and wrote, “Using the ‘Prince’ to get back at the ‘KING’ is the most coward and shameful act that can be. Just because you needed a dark spot to hide a bigger issue, You are trying to stop the ‘Son’ from shining, well, you can’t... It’s in his genes. #ImWithSRKAlways,” he wrote, adding, “#AfewThousandKilos vs #AnEmptyDuffleBag.” 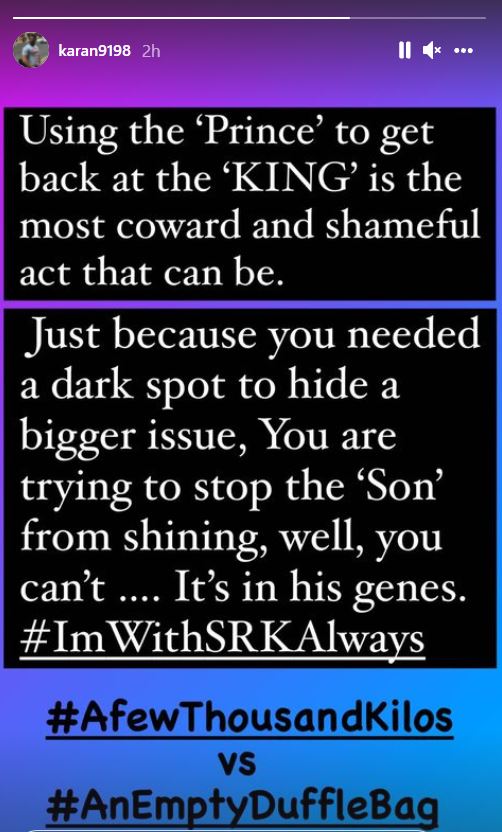 Let us tell you that Aryan Khan  was arrested by the NCB on October 3 during a raid in a Goa-bound cruise ship. While there were no drugs found in possession of Aryan, NCB has charged him for the consumption of Drugs.

Aryan’s lawyer has applied for his bail several times but the court rejected the bail. Aryan has been lodged at the Arthur Road. His bail plea was rejected by metropolitan magistrate’s court on the grounds that it was not maintainable. This means the forum which was chosen to seek bail for Aryan was incorrect.

Now a special Narcotic Drugs and Psychotropic Substances (NDPS) Act court will hear the application next on Wednesday i.e 13 October 2021.