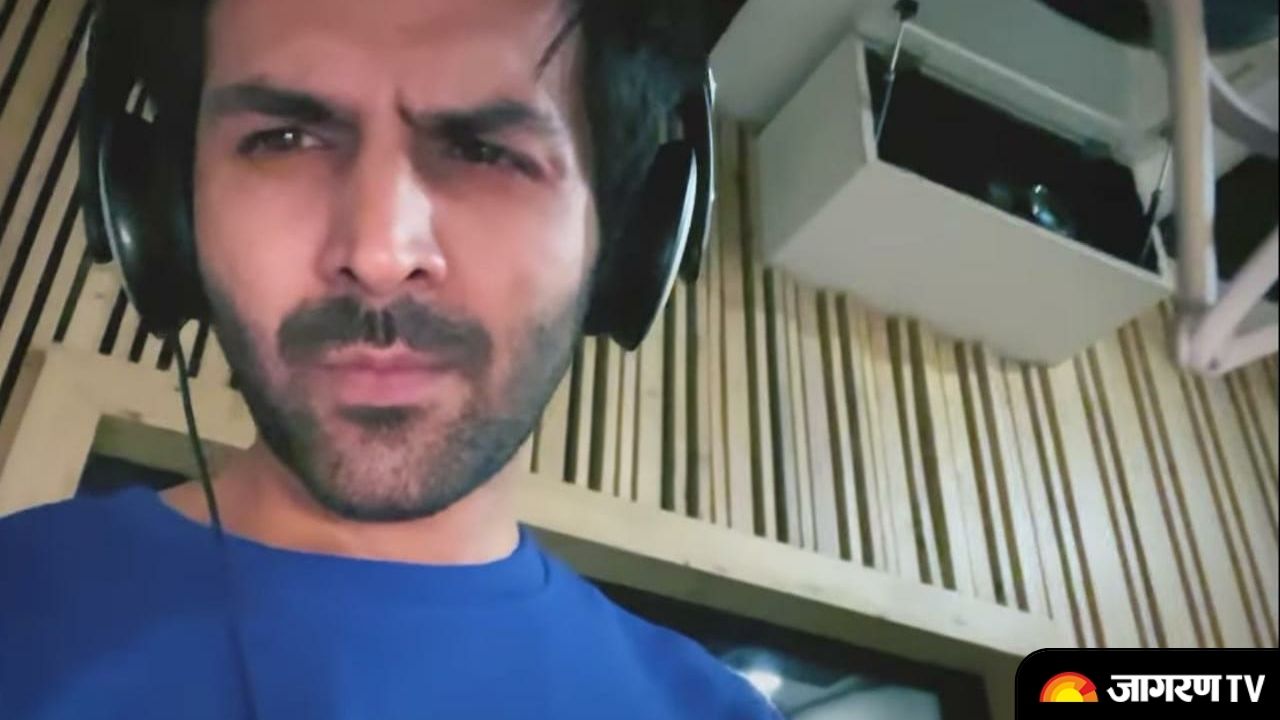 Bollywood actor Kartik Aaryan gave a big update on his upcoming film Dhamaka as he shares a BTS video from the studio. The actor shares an IG story while dubbing for the trailer of the film. Kartik was the scene with the script as he waves it to the camera. The post-production of the film is in full swing and we can expect the trailer to be released soon.

Let us tell you that the film Dhamaka is based on the South Korean film Terror Live. It is produced by Ronnie Screwvala's RSVP and helmed by Ram Madhvani (with co-Producer Amita Madhvani). The film stars Kartik Aaryan as Arjun Pathak and Mrunal Thakur Mrs. Pathak as lead characters. The plot of the film revolves around a newsman who got rigged with a bomb after he has an exclusive interview with a terrorist who blew up a bridge.


The shooting of the film was wrapped last year in December and the crew finished the schedule in just 10 days while staying in a biobubble. A source of Hindustan Times revealed, “Since the unit comprised 300 people, the entire hotel was booked by the production team. The filmmaker and his team adhered to the necessary safety protocols, and ensured that no outsiders were allowed into the hotel. In fact, the hotel staff was also instructed to stay put during the period, thus creating a bio-bubble of sorts.”

Other than Dhamaka Kartik will also be seen in ‘Freddy’, 'Captain India', and 'Bhool Bhulaiyaa 2.