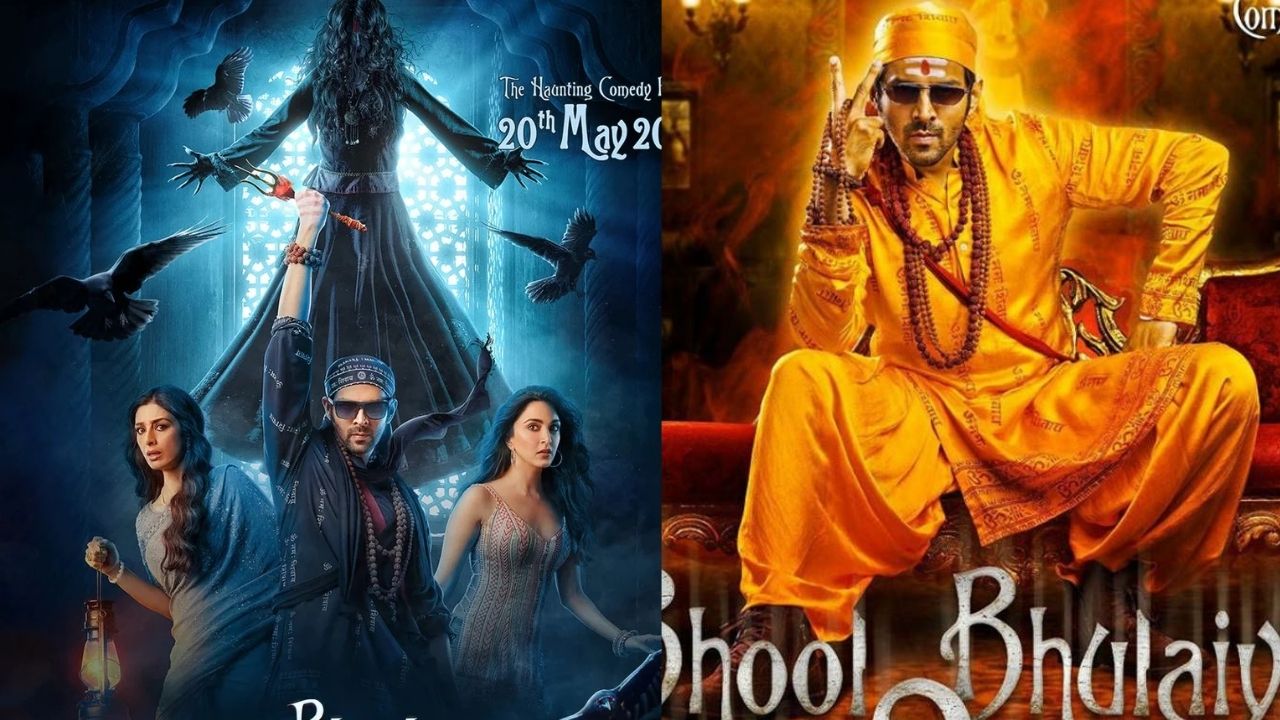 Kartik Aryan is currently ruling the whole Bollywood industry single handedly and there is no doubt in it. After back to back major setbacks faced by Bollywood biggies on the box office, Bhool Bhulaiyaa 2 came as an ultimate savior of the industry and with this Kartik’s demand in the town skyrocketed. Reportedly Kartik has hiked his fee amount following the success of Bhool Bhulaiyaa 2. Bhool Bhulaiyaa 2, directed by Anees Bazmee and released last week on Friday, has done a booming business at the box office, crossing the Rs. 150 crore milestone in just nine days of it’s release and thus the hike in the fee of the leading star.

This came while Kartik is basking on the success of the 2007 film sequel. As per Bollywood life  Kartik reportedly charged 15-20 crore each film in Bollywood before his most recent success, but an insider claims he is now requesting 35-40 crore per film going forward. While most Bollywood high-budget and star-studded films like Jayeshbhai jordaar, Runway 34, jersey, dhaakad, and others failed to break the 50 crore mark at a time when south films like RRR and KGF 2 were grossing 1000-1200 crores, Kartik Aryan and Kiara Adavani's film did magic on the big screen and revived the industry.

Bhool Bhulaiyaa 2 grossed Rs. 130.86 crore in India, where it was released on 3200 screens, and Rs. 21.69 crore in other countries, with over 625 screens as per Bollywood hungama report. The film also stars Tabu, rajpal yadav, Sanjay Mishra and others in the titular roles. The current tally of Bhool Bhulaiyaa 2 net box office collection is 150 crore plus and with this the film has entered into it’s second week outperforming Kangana Ranaut’s Dhaakad with a huge margin. Previously, a total collection of 150 crores was planned, but Bhool Bhulaiyaa 2 is expected to go far above that.