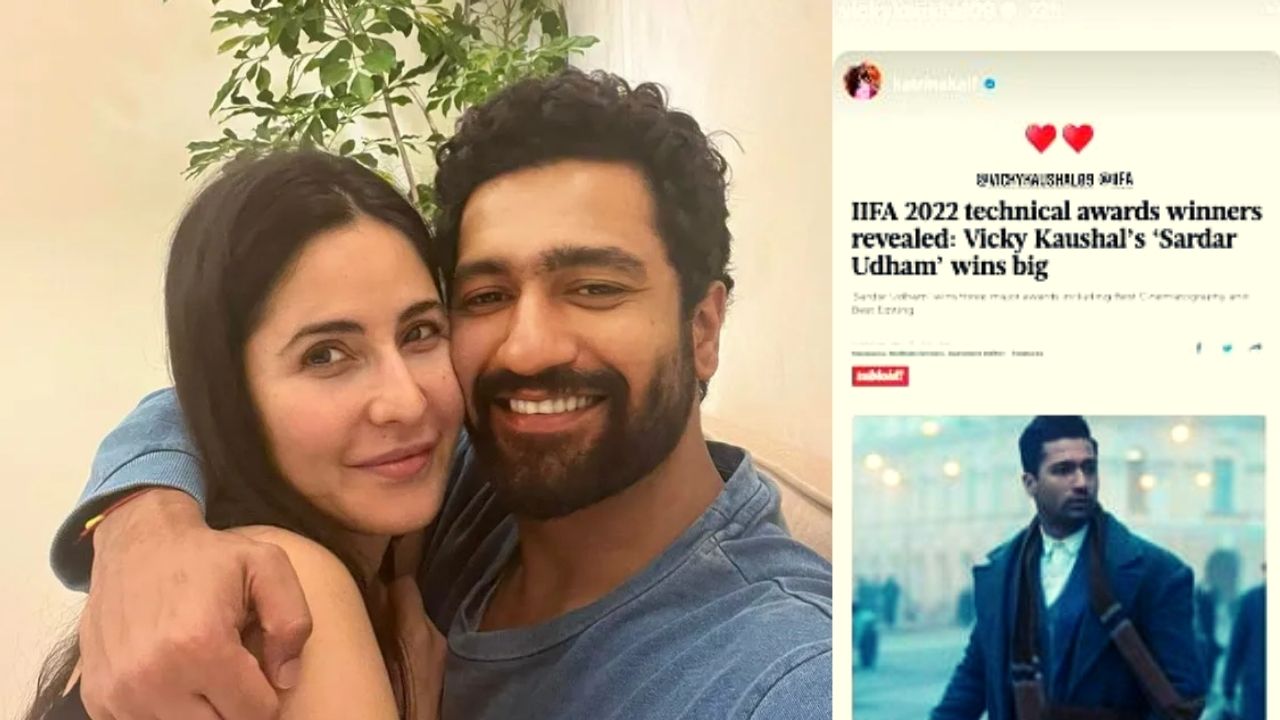 Katrina Kaif and Vicky Kaushal’s wedding was a big affair not only for them but for all Vikat fans who were eagerly waiting for them to confirm their dating life, however it became a matter of joy when they finally decided to come out but not as a boyfriend girlfriend but as a wedded husband and wife. Ever since then the duo has been openly supporting and praising each other on public platforms. This time too when Vicky Kaushal registered his big win at IIFA 2022 technical awards, Katrina couldn’t stop herself from flaunting it.

Sardar Udham, a film starring Vicky Kaushal, won three Technical Awards at the International Indian Film Academy 2022. Kat shared the news piece on Instagram to promote the news and added heart emojis to it in response Vicky reposted her story on his IG too. 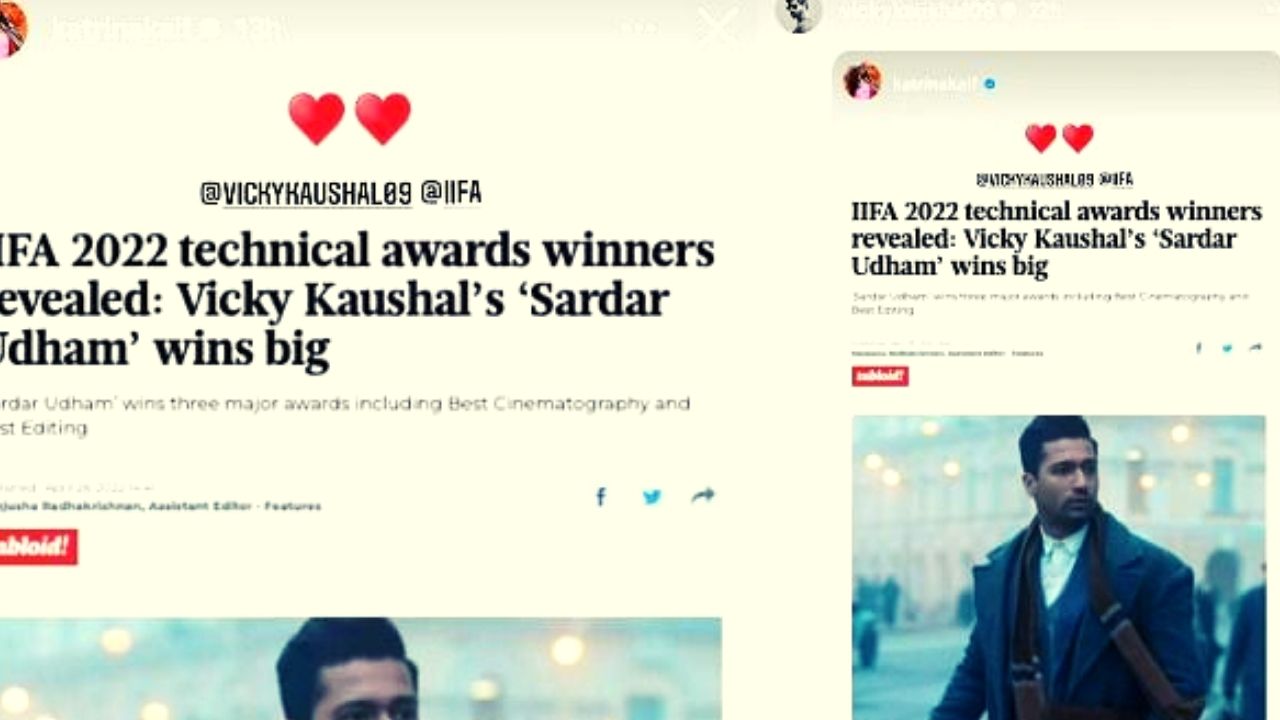 He is currently busy with his shoot schedule with Laxman Utekar’suntitled movie opposite Sara Ali Khan. Apart from that he will also take up the lead role in Govinda mera naam opposite Bhumi Pednekar.
Hansal Mehta marries Safeena Husain after 17 years, know his age, career, family, relationships, children and more.
यह भी पढ़ें