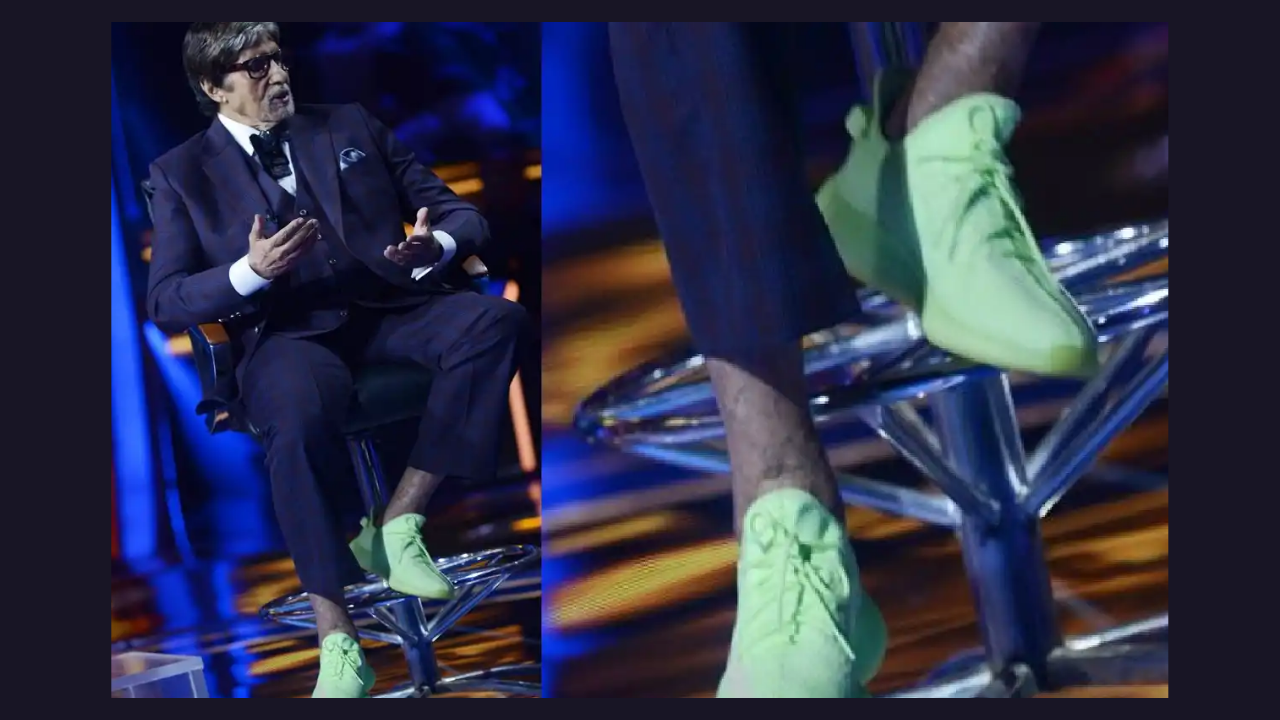 Kaun banega crorepati 13: No one can rule KBC just like Amitabh Bachchan does every time. His voice, expression and stories have now become the identification and a major part of this popular quiz show. Amitabh Bachchan's acting talent and on-screen charisma has gained him many fans throughout the years. His frank expressions as the host and the way he gets involve with each and every participant to make them comfortable is commendable. The veteran actor frequently updates his Instagram followers with clips from KBC and can often be seen sharing some funny moments happening around or with him. Something similar happened recently, which left the internet Rofl over his looks.

Big B recently took to his social media account to share a funny post in which he can be seen sitting on the host chair wearing neon green sports shoes along with his blue and black three-piece suit. While sharing the picture on his Instagram, he wrote “नीचे हरा boot , और ऊपर matching सूट ..” Green Boots with matching suit. Take a look on the picture.

Reacting to the picture, fans commented “Amit jiiiiii aren’t you the coolest !! Am definitely robbing these!!’ another wrote “super cool”. Looking at the comments, we can say that this look of Big B is sure getting stealed soon by his fans.

A while back, Amitabh Bachchan also shared some of his best fashion remarks during his youth days. He is suited in a spic and span three-piece suit in one shot. In tropical print trousers, the other emits a different attitude. "Would be so lovely to get back to such days but..." read the caption.