KGF chapter 2 becomes the first Kannada film to be screened in South Korea; receiving much love 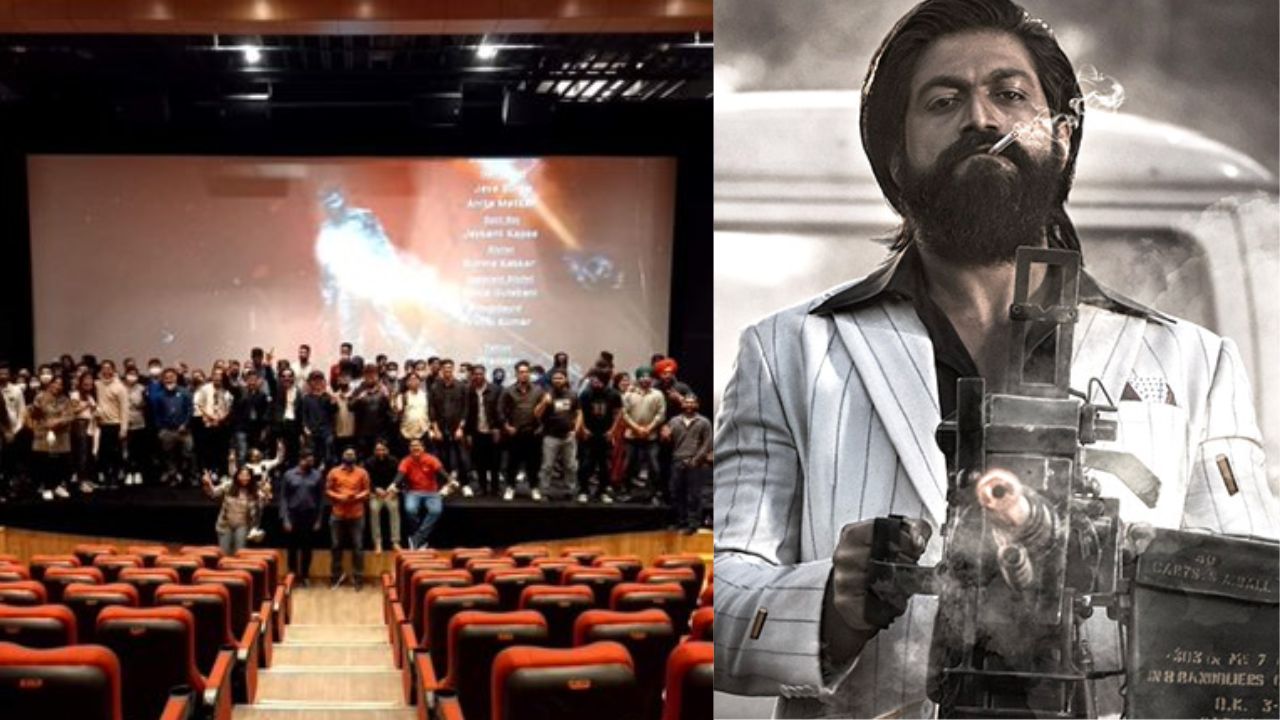 Yash's high on octane, heavy duty thriller KGF chapter 2 storm is causing chaos even overseas. The film is receiving much love and appreciation from different parts of the world and with this KGF 2 becomes the first ever Kannada film to be showcased in South Korea. The film was a huge hit at the box office around the world, becoming the highest-grossing Indian film of 2022 and the third-highest-grossing Indian film of all time beating behind some major Bollywood biggies of all the time as well as SS. Rajamouli’s RRR.

Yash KGF 2 not only became the first  Kannada film to be showcased in Seoul but also became the first Indian film to be screened there post Pandemic. The popularity of KGF 2 is continuously expanding it’s limits. It was released in South korea alongside its hindi version and a lot of fans from India, Nepal and bangladesh showered their love for Rocky bhai and shared an overwhelming tweet afterwards.


A twitter handle of Indian movies in korea said “A big thanks to everyone who came in as groups and individuals, this wouldn't have been possible without your support..#KGFChapter2 was a huge success in Korea even though the shows were limited and languages were few, the emotions spoke volumes.

Language was never a barrier for him, he showed it to Indian Cinema
Now the craze reached outside the country as well#KGFChapter2 got a special screening in south Korea 🔥
Proud moment for us ❤️ #YashBOSS #TeamYash @TheNameIsYash
#KGF2inKorea #KGF2 pic.twitter.com/EpRz7eJM8z

In India, it has almost earned Rs 958 crores and is on route to gross more than Rs 1000 crores as it continues to draw massive crowds. The film is also on its way to becoming a huge international hit, with a worldwide gross approaching Rs 1200 crore.
Government Exams Calendar 2023-24: Complete list of UPSC, Teaching Exams Exam Date, SSC, Banking, IBPS, UGC NET Exam, CUET Exam and more
यह भी पढ़ें