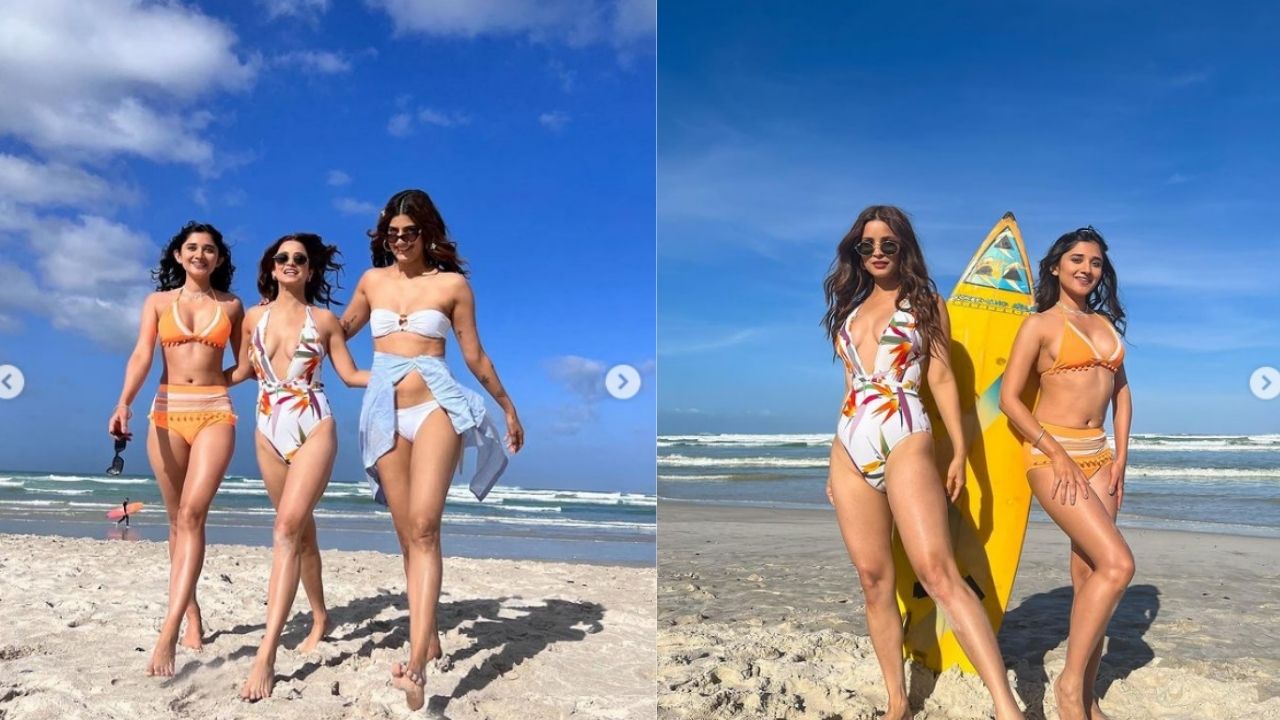 What happens when a reality programme contains a Tadka mix of hotness and thrill in one frame? Khatron ke Khiladi season 12 is making waves on the internet. Yes, we are referring to the brand-new TUG OF WAR promo for season 12 of the daring show presented by Rohit Shetty. While the contestants with higher social media influencing game such as Jannat Zubair, SHivangi Joshi, mr. faisu and more keeps the entertainment quotient high by trending reel videos, here are some of our gorgeous female contenders who made boys lose their calm after Rubina Dilaik signaled them to do so.

This so happened that both the male and female contestant teams were prepping up for a fun game titled ‘Tug of War’. The boys' squad, comprised of Tushar Kalia, Faisal Shaikh, Pratik Sehajpal, Rajiv Adatia, and Nishant Bhat, and the girls' team, Rubina Dilaik, Kanika Mann, Chetna Pande, and Erika Packard. In the promo dropped by Colors Tv Rubina can be seen signaling the girls to show off their glamorous avatar which eventually makes the Boys team lose the game.

Khatron ke Khiladi season 12 kicks off on Voot and colors

The much awaited Daring reality show Khatron ke Khiladi season 12, which was shot at Cape Town finally kick started airing it’s 12th season on Voot as well as Colors Tv from July 2, 2022. The first episode of the show showed contestants taking up gruesome tasks and with the ample amount of viewership,, it is quite likely that Rohit Shetty's show will stop at nothing to keep its top spot on the TRP chart this time as well.