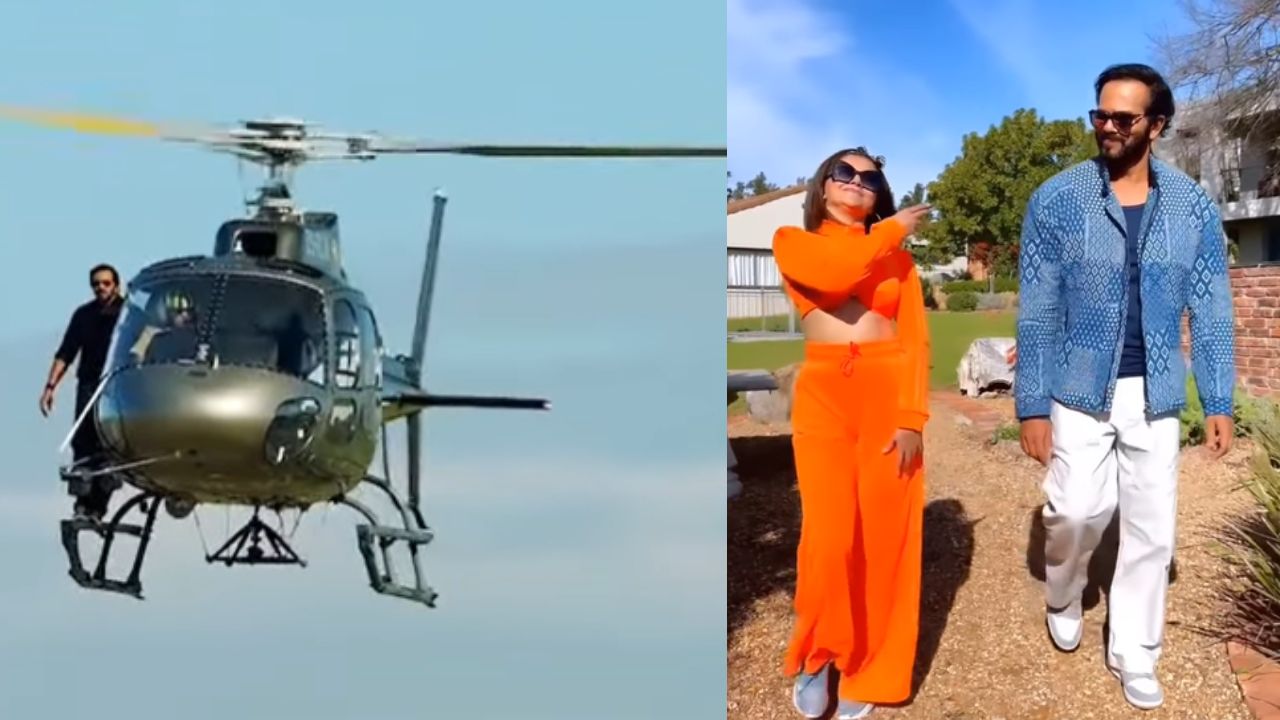 Khatron ke Khiladi Season 12 shoot begins. The famous daring reality show of Colors TV is back with its star studded contestants list who will lock horns with each other while proving who is the most daring in all. Bollywood action director Rohit Shetty will again take up the responsibility to judge the performances based on the stunts performed. With this Colors has finally dropped the first glimpse of the upcoming 12th season of Khatron Ke Khiladi shooting for which has already begun in Cape Town.

For the seventh time, host Rohit Shetty will appear on the show, giving commands. In the promo dropped by the channel Rohit was seen making a daring entry while hanging from a helicopter in yhe mid air captioned as “Time to go crazy, wild, raw and real once again! KHATRON KE KHILADI!! Shoot begins” Check it out

With this shows confirmed contestant Rubina Dilaik who is also one of the highest paid celebrity in the show owing to her vast popularity in the telly world with the rise and shine of ‘Shakti-Astitva ek ehsas ki’ and ‘Bigg Boss crowning’ was seen walking along with Rohit shetty in one of the video. Rubina looked so graceful and dapper that fans couldn’t stop hailing her as KKK12 queen. In yet another post Rohit was seen posing with another confirmed contestant Mohit Mallik.

It is too early to speculate anything but the early speculations state that the show will start in the first week of August. Shoot for the same has already started.