Khatron Ke Khiladi 12: Who all will be in the Next Season of Fear Factor? Rubina Dialaik, Rajiv Adatia, Umar Riaz, Pratik Sehajpal and others. Check the full list 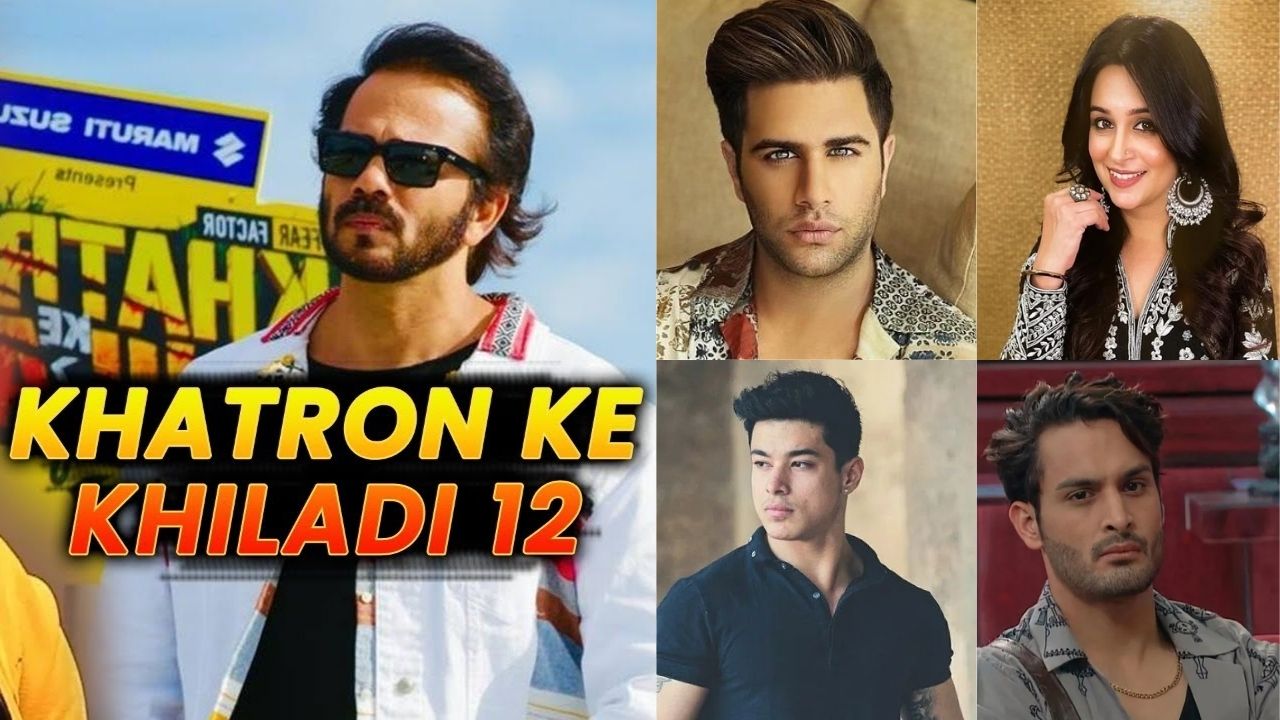 Hindi TV: The  popular TV show Khatron Ke Khiladi will be coming back with a bang with its season 12. The reality tv show which puts its contestants face to face with fear and deadly stunt tasks always sparks excitement and adrenaline in the audience. The showmakers are shortlisting the participants for the coming season.

The showmakers are shortlisting the celebrities for the show. No official list has been announced yet, however here is a list of the predicted celebrity contestants for Khatron Ke Khiladi 12.

As per a report, Rubina Dilaik, who won the Bigg Boss season 14 winner has been asked to participate in the reality show Khatraon  Ke Khiladi. However, there is no official news about it but we might be see Rubina doing deadly tasks on the show.

Another name in the ist is Rajiv Adatia. As per a recent report, Rajiv Adatia, who was seen on the stage of Bigg Boss 15 might be one face among the fear victors of Khatraon Ke Khiladi.

Tv actress Dipika Kakar was seen in Bigg Boss 12. She is among the ones who can be seen in the latest season of Khatron Ke Khiladi. Deepika is known by the Indian audience for her roles in the daily soaps like Kahaan Hum Kahaan Tum and Sasural Simar Ka.

The Bigg Boss 15 contestant Umar Riaz is one name that is rumoured to be on the Khatron Ke Khiladi. He was a strong player in BB 15 and his eviction has made his fans very upset. He has a great fan following and that makes him a good option for the showmakers to bring on KKK 12. Umar also expressed his interest in the show, so if he gets approached, he will take the offer.

Bigg Boss 15 finalist and the first runner-up Pratik Sehajpal should surely be on the show. Pratik has an immense following, not only this, he was expected to win the reality show BB 15. However, Tejasswai’s victory had created controversy and Pratik’s upset fans trolle Teja badly. In a nutshell, Pratik will bring lots of attention to Khatron Ke Khiladi and he is expected to be on the show.

Another Bigg Boss contestant Simba Nagpal, who accumulated much fame and love of the audience, is reported to be one of the first confirmed contestants of Khatron Ke Khiladi 12.


The last season of Khatron Ke Khiladi 11 was last year in the month of September last year. Actor and tv show host Arjun Bijlani was declared the winner of the season whereas Divyanka Tripathi Dahiya took the place of first runner-up and Vishal Aditya Singh stood the second third runner up.


Fifa World Cup 2022: History of Fifa world Cup and how it became the biggest sport of the world
यह भी पढ़ें