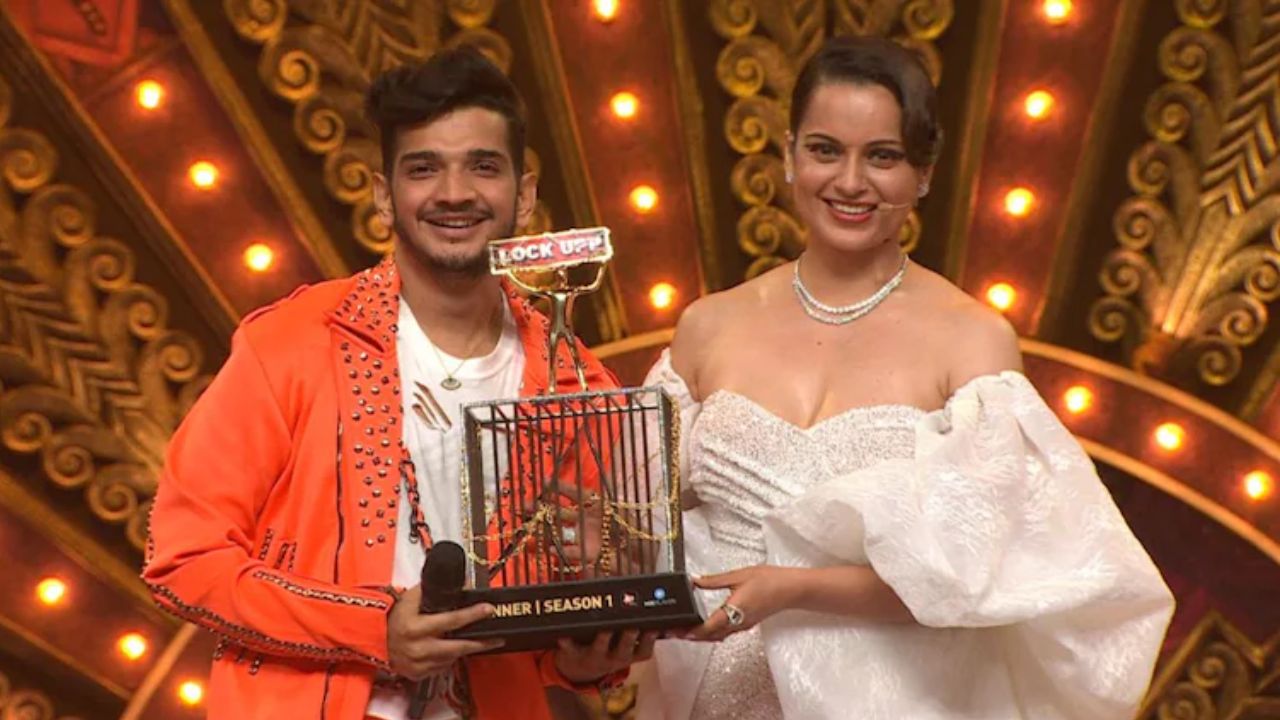 Lock Upp Winner: Kangana Ranaut's first reality show came to an end on Saturday night after 70 episodes were streamed on Alt Balaji and Mx Player. The show received a lot of positive feedback from viewers, and one person who came to the jail with a lot of controversies surrounding him and quickly became a fan favorite was named the first ever winner of Lock Upp. Munawar Faruqui, a stand-up comedian, won Kangana Ranaut's 'Lock Upp' programme, which was funded by Ekta Kapoor.

Not only Munawar beat other finalists behind but also won the season with a great vote margin. After back to back headlining his name in the show, opening up about his past, sharing his experience Munawar became the nation's fan favorite contestant and thus won with a vote margin of approx. 80% as reported by Bollywood life and yes, that’s huge. Whereas others were seen struggling to reach even 5%.

Unlike most reality shows, this one had more than simply votes to determine the winner.Although Munawar received the most votes, Kangana also chose him as the winner. He was praised for being a smart player and a keeper of friendship. His bond with Anjali Arora also gained  a lot of limelight.

Munawar arrived on the show straight from his scandal. Last year, he was imprisoned for a month for allegedly making religious jokes on Hindus during one of his shows. Many of his events were canceled after he was released on bond. The comedian later claimed in a statement that he was jailed for a joke he never made he also said that he immediately removed the clip as soon as he realized but, people kept making it viral for the year.
Hansal Mehta marries Safeena Husain after 17 years, know his age, career, family, relationships, children and more.
यह भी पढ़ें