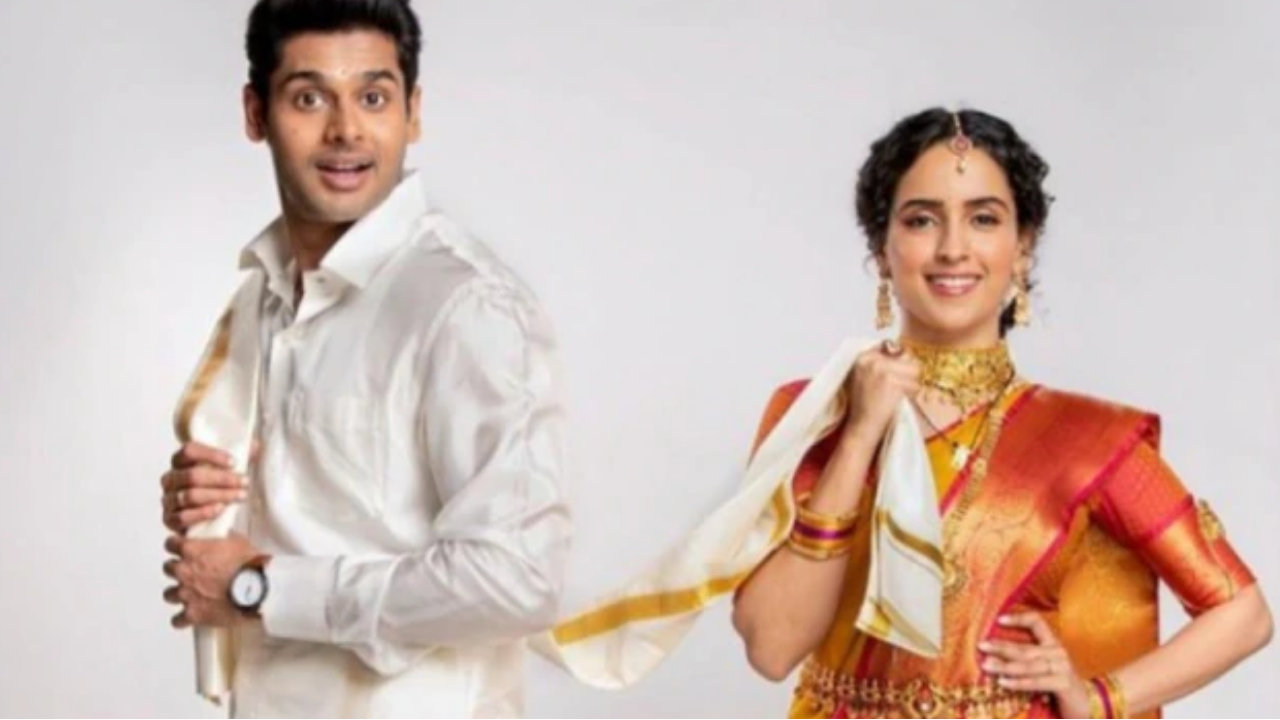 Meenakshi Sundareshwar trailer: Produced by karan Johar, film ‘Meenakshi Sundareshwar’ is all set for it’s Netflix premiere on November 5. The films star beautiful Sanya Malhotra and a fresh new talent Abhimanyu Dasani in the lead character of Meenakshi and Sundareshwar. The story revolves around a young south Indian couple who overcomes different challenges and communication troubles in their long-distance relationship. The film’s trailer was released today.

Earlier, the teaser of the film was heavily criticized by the netizens for stereotyping Tamilians and now when the film is just few days ahead of it’s release the makers have decided to drop the trailer. Karan Johar, shared the trailer on his official social media  handle on Thursday, October 21. Sanya Malhotra aka Meenakshi and Abhimanyu Dassani's aka Sundareshwar characters had an arranged marriage in the trailer. The couple attempts to make their marriage work by sharing their ambitions, dreams, and concerns. Later, Sanya stays in Madurai with her in-laws, while Abhimanyu gets a job in Bengaluru. While they both tries to manage their schedule according to each other, sometimes it becomes hard to explain the situation, which later causes miscommunication. The trailer then follows the couple's journey as they learn to adjust to long-distance marriage.

Taking to his social media, Karan Johar wrote, “All ‘hearts’ on deck - it’s time to root for this power couple to make it through the distance! This Diwali, gather around to watch #MeenakshiSundareshwar coming to Netflix on November 5”.

The romantic drama is helmed by director Vivek Soni and backed by Karan johar Dharmatic productions. The film’s set is in Madhurai, Tamil Nadu. Apart from Sanya Malhotra and Abhimanyu Dasani Shivkumar Subramanium will also play a pivotal role in the film.

Sharing her working experience in the film Sanya said “After Pagglait and Ludo, returning to Netflix with Meenakshi Sundareshwar feels like coming home. Working with Abhimanyu under Vivek's guidance has been a fantastic experience. I'm delighted this film will be available on Netflix to a global audience since it has something for everyone, and viewers from all over the world will enjoy and relate to it.