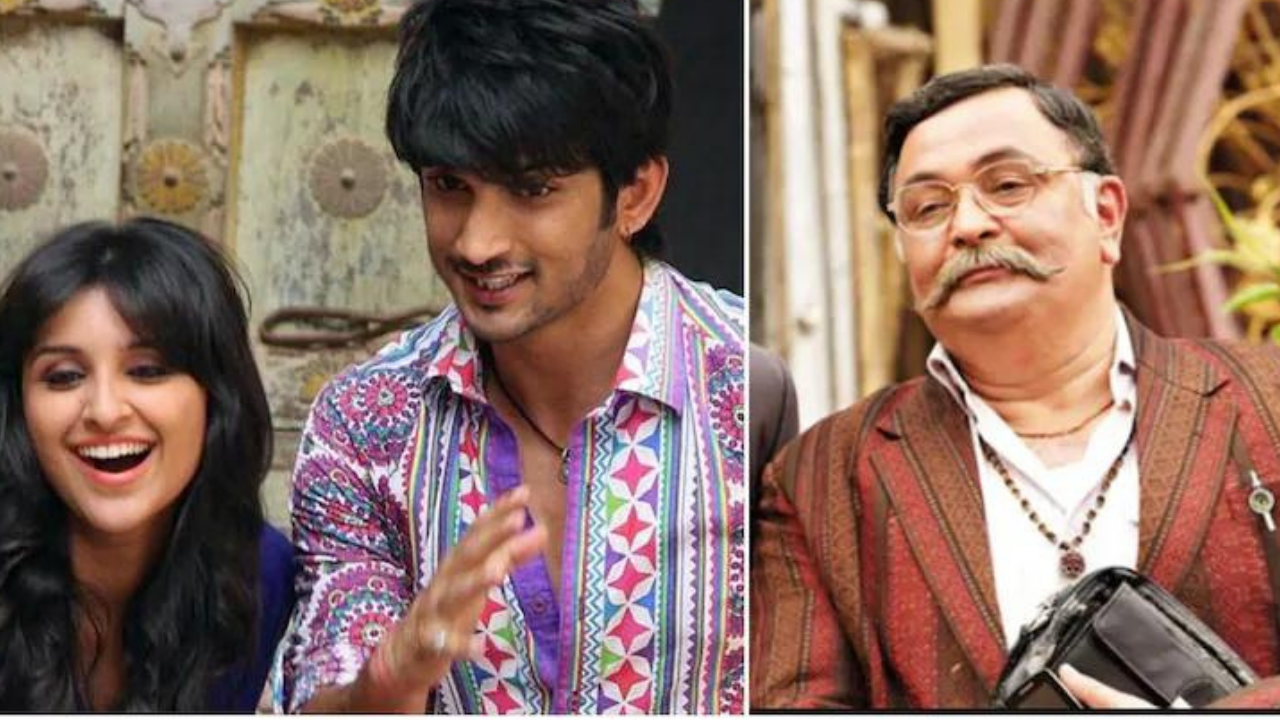 Parineeti Chopra and Vaani Kapoor came  to Instagram on Monday to celebrate the eighth anniversary of their film Shuddh Desi Romance. They also paid tribute to their late co-star, actor Sushant Singh Rajput, and even late actor Rishi Kapoor by sharing clips from the film.


Shuddh Desi Romance was directed by Maneesh Sharma and produced by Yash Raj Films. It shared the story of three people who fell in love and tried to commit to one other.


Both the actress Parineeti Chopra and Vaani Kapoor took to their instagram and shared some behind the scene(BTS) clips and pictures of Sushant and Rishi sahab from their movies in which they worked together.


In the Maneesh Sharma-directed film, Sushant played the lead opposite Parineeti. In the film, Rishi Kapoor plays a key role. "Miss you Sush," Parineeti wrote with a BTS clip from the set of the film. Sir Rishi, I miss you. Today, I'm remembering you.

On the opposite side, actress Vaani kapoor also took to her instagram and reflected on her own journey as an actress, having begun her career with the film and wrote “You always remember your start and where it all began. I could’ve been a complete blooper if it wasn’t for my filmmaker #ManeeshSharma. Being a shy and a quiet person .. I was rather given an opportunity to play a fierce part in my first who was so much more fearless, confident and gutsy. Thank you Adi, Maneesh & my dearest Shanoo for giving me this wonderful opportunity.. I was so happy to be your Tara! she added, “Rishi Sir, I cannot put into words how much it meant for me to share screen space with him, his charm and charisma remains forever unmatched. Even though I didn’t share a lot of screen space with Pari .. I remember vividly being stuck in our scene together, the wonderful actor that you are, it was even more generous of you to help me calm my shaky nerves so I could perform my best in it! Sushant you were the best first co actor one could’ve asked for! We miss you.”- Vaani Kapoor