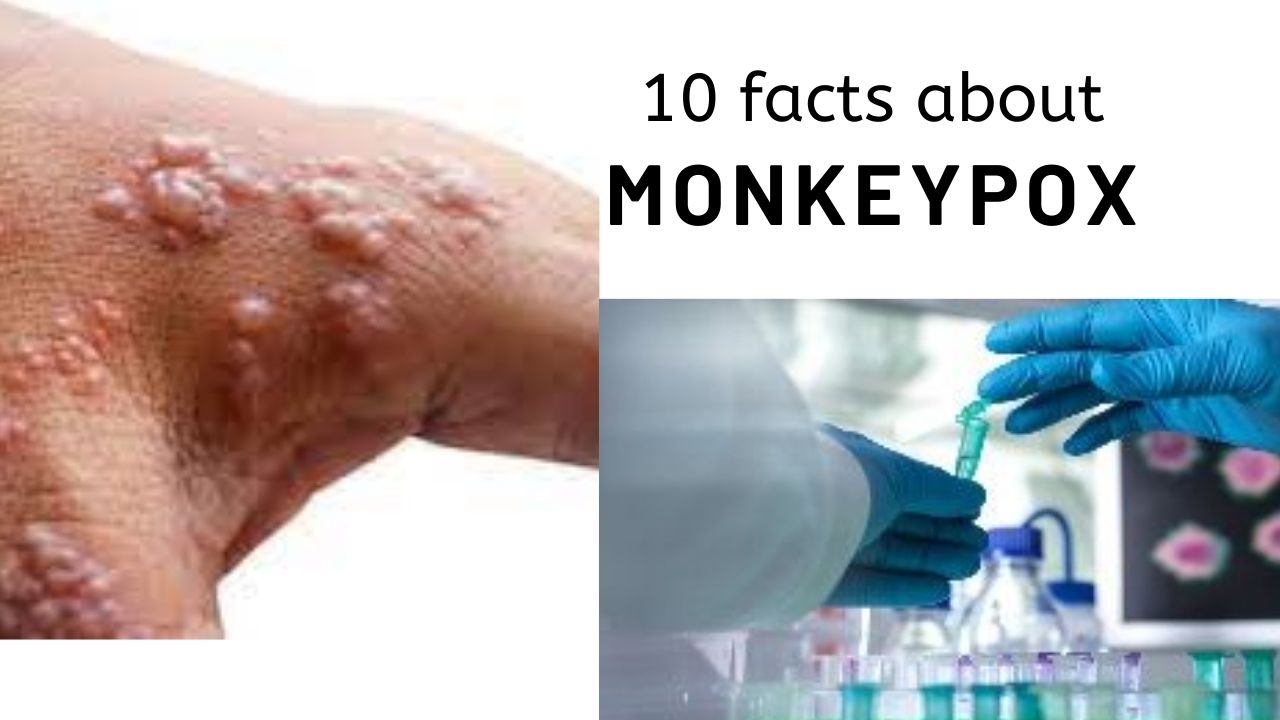 Monkeypox: Just when the world was finally recovering from the detrimental impact of coronavirus on various aspects of human lives, another disease termed as ‘monkeypox’ has been reported growing at a fast pace in parts of Europe and North America. While the disease is not new it’s sudden advancement has left The world health organization concerned. Hundreds of instances of monkeypox have been discovered in Europe and North America, a virus that spreads from sick animals like rodents to humans.

10 Facts you should know about Monkeypox

Monkeypox is a severe viral infection that resembles smallpox in humans. The monkeypox virus was initially found in 1958, when indications of smallpox were discovered in monkeys kept for research, hence the name monkeypox. Monkeypox was first discovered in humans in 1970.

Monkeypox is related to which Genus?

How does Monkeypox spread?

Although monkeypox viral transmission to humans is uncommon, it can happen through close skin contact, air particles, mucous, and virus-infected objects. Monkeypox is spread by biting or touching the blood, bodily fluids, or fur/skin of an infected animal. It is thought to be spread by rodents such as rats, mice, and squirrels mostly.

Symptoms  of monkeypox are similar to that of Smallpox which includes  Headache, rash, fever, body aches, chills, lesions, swollen glands, and exhaustion.

When was the first case of Monkeypox detected in humans

In 1970, a 9-year-old kid in the Democratic Republic of Congo became the first person to contract the monkeypox virus.

In how many days symptoms of Monkeypox will be visible?

According to the WHO, symptoms of the monkeypox virus occur within 6 to 13 days, though this time period might vary from 5 to 21 days in some cases.

Despite the fact that monkeypox can be transferred through physical touch during sex, it has never been recognized as a sexually transmitted infection. The UK Health Security Agency has warned 'gay and bisexual males' to be on the lookout for unusual rashes. Experts confirmed that the current instances, which began on May 6, were mostly in gay and bisexual communities

How to treat Monkeypox

Because there is currently no specific therapy for the monkeypox virus, it is vital to raise public awareness and educate individuals about the infection's risk factors. Only the Vaccinia vaccination is used to cure it. This was utilized during the smallpox eradication According to the WHO, it has been found to be 85 percent effective in preventing smallpox in many investigations.

What are the strains of Monkeypox?

Precautions from Monkeypox in India

“On Thursday, the Union Health Minister asked the National Center for Disease Control and the ICMR to keep a careful eye on and monitor the situation in India” as reported by PTI. “They have been instructed that any sick passenger with a travel history to Monkeypox-affected countries be isolated and samples sent to the BSL4 facility of the National Institute of Virology in Pune for an investigation” Officials stated.