Navratri 2021: Know the history, significance, dates, and all about the Navratri Festival 2021 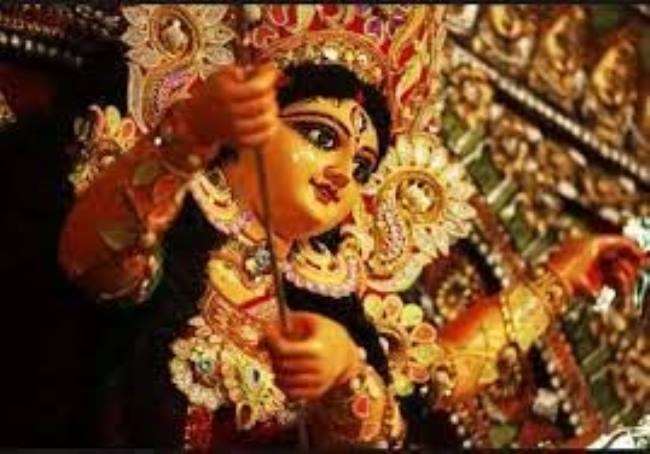 Navaratri is a hindu festival that comes four times every year. Navaratri is a Sanskrit word that means nine nights. It is one of the most important Hindu Festivals that celebrates the nine incarnations of Goddess Durga, the epitome of power.

The festival is stretched for 9-10 days, in which Goddess Durga is worshipped with great zeal, enthusiasm and ardour every year. This year, the Navaratri festival will start from October 7 and will conclude on October 15.

While, Navaratri comes four times a year, the one that is approaching is known as Sharada Navaratri, and is one of the most enthusiastically celebrated festivals. It appears in the bright half of the Hindu Lunar Month Ashwin.

Here is the history, significance and more about Navratri:


History and Name of Nine Incarnations

The Sharada Navaratri commences on the first day of the Shukla Paksha of Ashwin Month, continues for nine days and then concludes on Ashwin Shukla Navami. All the nine days, a different incarnation of Goddess Durga is worshipped. Here are the nine incarnations of the Goddess that are celebrated every year during the festival of Navratri:


2) Brahmacharini- Goddess Brahmacharini is worshipped on the second day. This incarnation symbolises the unmarried form of the goddess.


4) Kushmanda- Goddess Kushmanda is considered to be the creative power of the universe. This carnation of Goddess Durga is cherished on the fourth day.


5) Skand Mata- Lord Kartikeya is also named as Skand, hence Skand mata refers to the mother of Lord Kartikeya. This form of motherhood is celebrated on the fifth day.


6) Katyayani-  The carnation is worshipped on Sashti (sixth day). Katyayani is the daughter of sage Katyana.


8) Mahagauri- This day is also known as Ashtami, which is one of the most significant and auspicious day of the Navratri Festival. On this day Devi Mahagauri is worshipped. People also worship eight unmarried girls in their homes on this day.


9) Siddhidatri- Siddhidatri represents the Ardhanarishwara form, i.e., form of Lord Shiva and Adi Shakti. This form of Goddess Durga is celebrated with great zeal on Navami i.e. the ninth day.

The Navratri Festival is going to begin on October 7, 2021 and will culminate on the day of Vijayadashami that will be celebrated on October 15,2021.

Goddess Durga is considered as epitome of power, and it is this power that is celebrated during these nine days by the devotees. The celebration is different in different states. In some states, pandals are set up and idols of Goddess Durga are established there. Every day pooja is conducted and on the tenth day, which is known as Vijaydashmi, the idols are carried out in procession and then immersed in water. Vijayadashami is also celebrated as Dusshehra, when Lord Ram killed Ravana and the good once again triumphed over the evil.