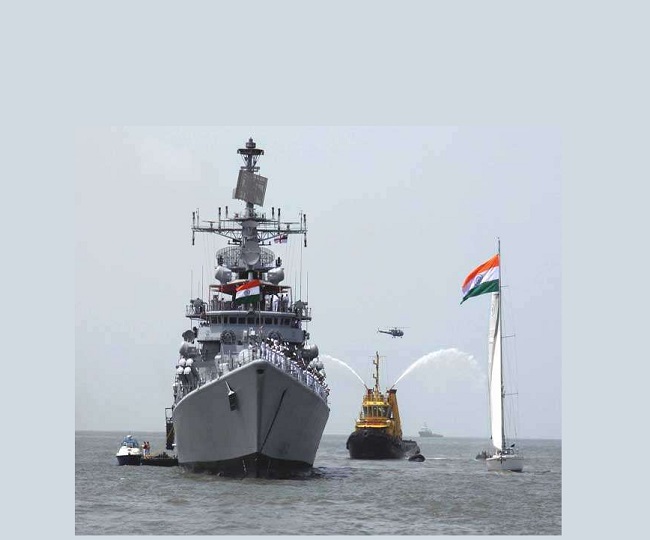 Indian Navy Day 2021: Its History, Significance, here’s all you need to know about the naval ships and ranks of the Indian Navy.

“Let us celebrate Indian Navy Day by saluting all the women and men in the Navy for their bravery, dedication and patriotism”

Indian Navy Day is celebrated every year on 4 December. On this occasion, the Indian Navy is admired for its exceptional commitment to the nation and valorous accomplishments. On 4 December 1971 during Operation Trident, the Indian Navy managed to destroy four Pakistani vessels and killed personnel of the Pakistani Navy in the combat. Those who lost their lives in the Indo-Pakistani war in 1971 are also paid homage on this day. Chhatrapati Shivaji Maharaj is considered as "Father of the Indian Navy".

Indian Navy organizes many events for the “Navy Week” like school children/civilians are allowed to see the ship coming onboard, open sea swimming, organizing veterans lunch, the performance of Indian Naval Symphonic Band Orchestra, and some other events as well.

The Royal Indian Navy celebrated Indian Navy Day for the first time on 21 October 1944. On this day Indian Navy personnel marches in parades over big port cities like Vishakhapatnam, Kochi, Paradip, etc. Dating back to this day, Indian Naval troops fiercely attacked the Pakistan Navy at the Karachi harbor. Navy Week would be observed from 1- 7 December, to commemorate the bravery of the Indian Navy during the 1971 Indo-Pakistan War.

The Navy has a fair and transparent system of promotions, wherein your commitment, sincerity, skills, and talent are given due recognition. The rank structure of officers and sailors in the Navy is as follows:-