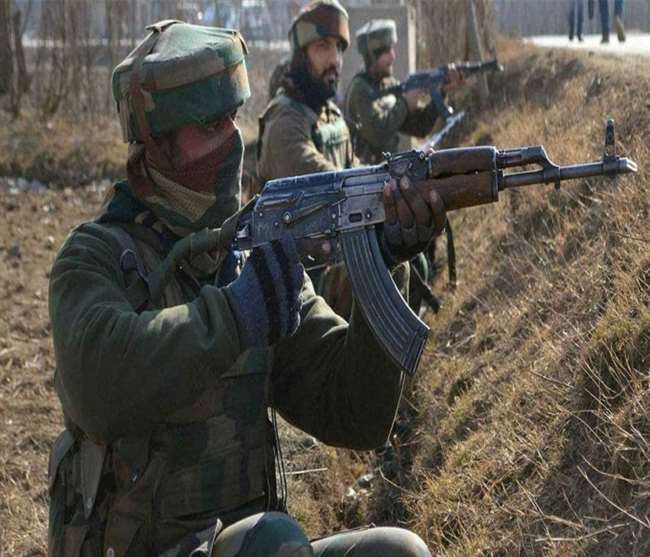 An encounter took place between security forces and terrorists in the early hours of Saturday in Drangbal, which comes under Jammu and Kashmir's Pampore area.

Kashmir IGP Vijay Kumar said, “Jammu Kashmir Police has the top ten terrorists on target, out of which one Lashkar-e-Taiba (LeT) commander Umar Mushtaq Khandey was caught in this encounter today.” The Kashmir Zone Police gave information about this terrorist through their official Twitter handle, how dreadful it was.

It must be noted that this is the same terrorist Umar Mushtaq Khandey, who killed two police personnel in Srinagar 8 months ago. The top ten terrorists on the target of the Jammu and Kashmir police are Salim Parray, Yusuf Kantru, Abbas Sheikh, Riyaz Shetregund, Farooq Nali, Zubair Wani, Ashraf Molvi, Shakib Manzoor, Umar Mushtaq Khande, and Vakil Shah, among others.

LeT commander Umar Mustaq Khandey, one of the top 10 targets of J&K police & who was involved in the killing of two police personnel at Baghat, Srinagar & other terror crimes, is trapped in Pampore encounter: Kashmir IG Vijay Kumar

On Friday, IGP Vijay Kumar also shared that in the 8 encounters in Jammu and Kashmir so far, the security forces have succeeded in neutralizing a total of 11 terrorists.

Encounter breaks out between security forces and terrorists in Drangbal area of Pampore, Pulwama in J&K, as per Kashmir Zone Police

It must be noted that the Jammu and Kashmir Police, Indian Army and CRPF were also present on the spot at the time of the Pampore encounter today.