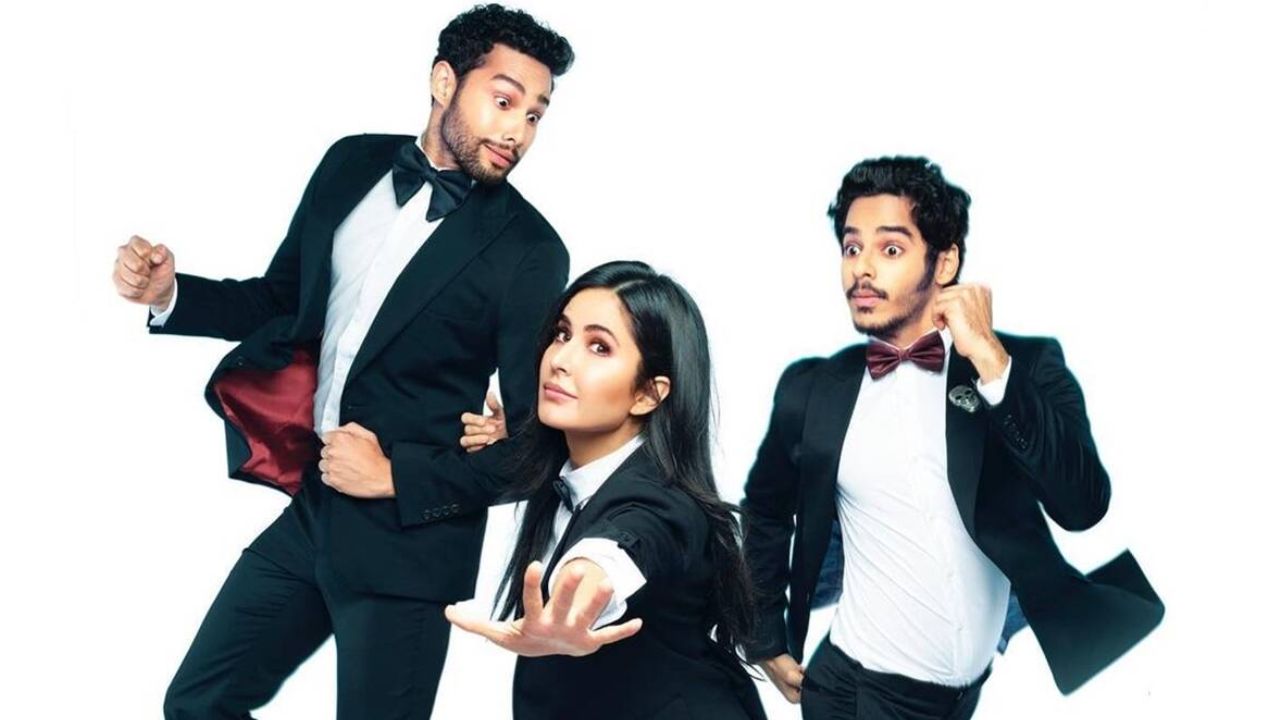 Katrina Kaif after being AOWL post her wedding with Vicky Kaushal is all set to return to the big screen with back to back Bollywood biggies. Apart from her co-starring with Salman Khan in Tiger 3, Katrina is all geared up for her upcoming horror comedy Phone Bhoot which is currently generating a lot of hype for it’s star cast and storyline. Ever since the Bhool Bhulaiyaa franchise and ‘Stree’ went a hit on Box office audiences have started preferring more of the genre. The forthcoming horror comedy Phone Bhoot, starring Katrina Kaif, Ishaan Khatter, and Siddhant Chaturvedi, will eventually be released in October.

The film is  set to release on October 7 this year. The news was announced a day after the motion posters were made public by the filmmakers on Monday. The makers today dropped the intriguing poster of the star cast along with the release date. Taking to his Instagram Siddhant Chaturvedi shared the poster and wrote “#PhoneBhoot ki duniya mein aapka swagat hai. Arriving on 7th Oct, 2022 at cinemas near you. 👻”

The horror comedy by Excel Entertainment, Ritesh Sidhwani and Farhan Akhtar, is directed by Gurmmeet Singh known for directing mirzapur. Jackie Shroff, Sheeba Chaddha, Nidhi Bisht, and Surender Thakur also appear in the movie. "Phone Booth," a movie co-written by Jasvinder Singh Bath and Ravi Shankaran, was initially slated to open in theatres on July 15. But, later got pushed to October release.

Katrina apart from featuring Phone Bhoot has a handful of films in her kitty including the mega release of Tiger 3 with Salman Khan which is slated for 2023 release , she will also star Vijay Sethupathi in 'Merry Christmas'. Katrina Kaif, Priyanka Chopra and Alia Bhatt will come together for Excel entertainment’s Jee le zara.