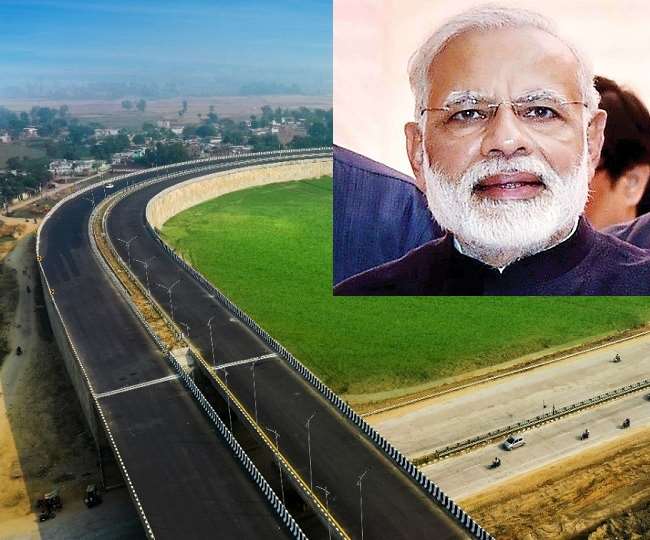 As stated by the Prime Minister's Office, the inauguration of Purvanchal Expressway will take place at around 1:30 pm. After the inauguration, there will be an air show at the 3.2 km long runway constructed by the Indian Air Force on the expressway where 11 Air Force aircraft including Sukhoi, Mirage, Jaguar will show the feat. The Purvanchal Expressway in Sultanpur district will enable landing and take-off of fighter jets of the Indian Air Force in case of emergency.

Tomorrow is a special day for Uttar Pradesh’s growth trajectory. At 1:30 PM, the Purvanchal Expressway will be inaugurated. This project brings with it multiple benefits for UP’s economic and social progress. https://t.co/7Vkh5P7hDe pic.twitter.com/W2nw38S9PQ

The 341 km long Purvanchal Expressway starts from village Chaudasarai, District Lucknow situated on Lucknow-Sultanpur road (NH-731), and ends at village Hydaria situated on National Highway No. 31, 18 km east of Uttar Pradesh-Bihar border. The industrial corridor will be developed at eight places and the state government has also issued notification for this. The longest zone in Sultanpur district is 103 km, and three places will be selected from here.

The Purvanchal Expressway is of 6 lanes, which can be increased to 8-lanes in the future. Built at an estimated cost of about Rs 22,500 crore, the Purvanchal Expressway will serve to accelerate the economic development of the eastern part of Uttar Pradesh, especially in the districts of Lucknow, Barabanki, Amethi, Ayodhya, Sultanpur, Ambedkar Nagar, Azamgarh, Mau, and Ghazipur.