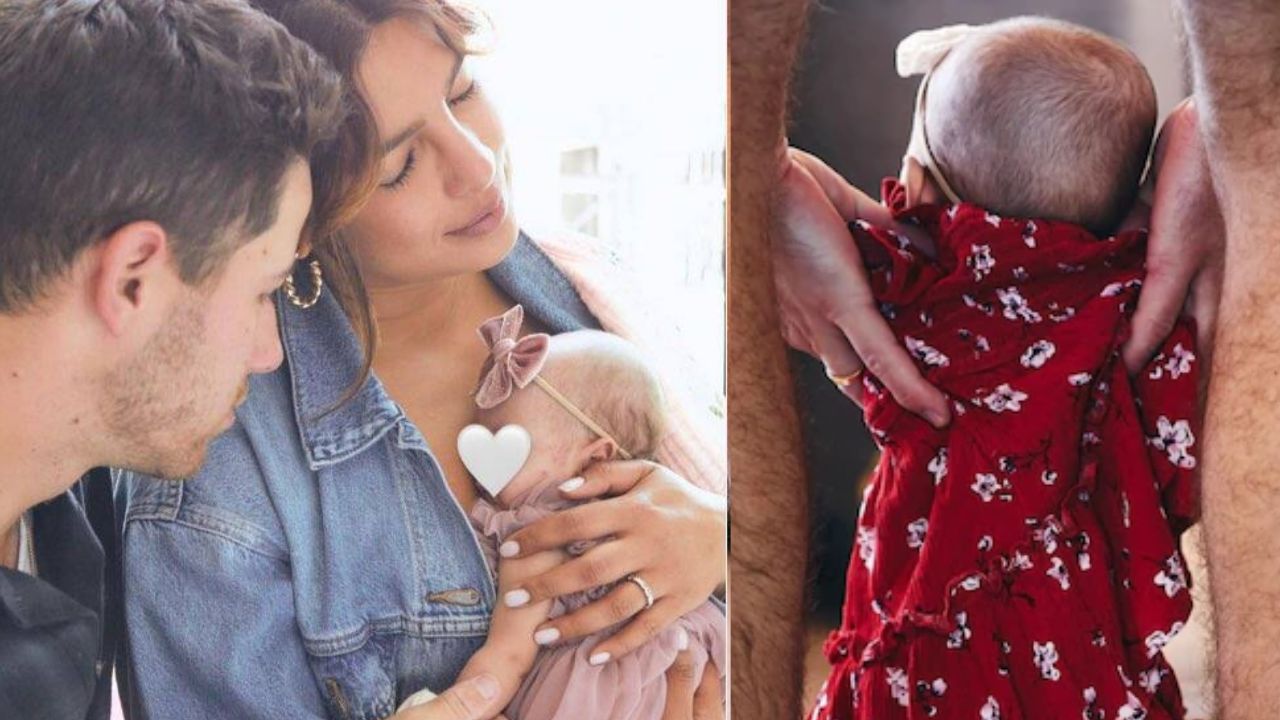 Priyanka Chopra recently dropped the photo of her little Malti Marie Chopra Jonas on the occasion of father’s day and the internet had a major meltdown. Yes, Priynaka shared an adorable picture of her daughter Malti Marie along with Nick Jonas where the duo can be seen posing in the same pair of white sneakers with cute initials. Although Pecee refrained from revealing the face, fans are happy to see Nick celebrating his first fathers day.

Priyanka made sure to make Nick Jonas first Father’s day a memorable one and that’s why the Citadel actress planned something really cool. The actress got custom-made matching sneakers for the father daughter duo. Malti Marie wore  white shoes with a monogrammed back. Nick's monogram read, "MM's Dad," while their daughter's sneakers had her name acronym 'MM' split on both the pair. Nick was seen trying to get his six-month-old baby pose with him wearing the sneakers while holding both of her hands. Malti was dressed in a sweet red ensemble.


Priyanka worte “Happy 1st Father’s Day my love. To watch you with our little girl is my greatest joy..what an amazing day to come back home… I love you.. here’s to many more."

Sharing to his Instagram Nick Jonas wrote ‘First Father’s Day with my little girl. Thank you @priyankachopra for the incredible Father Daughter sneakers and for making me a daddy. I love you so much. Happy Father’s Day to all the dads and caretakers out there."

On the work front Priyanka recently completed her shooting schedule of Amazon Prime series Citadel. Apart from that she has next with Katrina Kaif and Alia Bhatt ‘Jee Le Zara’ along with her next Hollywood big project ‘It’s all coming back to me’.
Kaun Banega crorepati 2022 start date, time, where & how to watch, new rules, prize money & more
यह भी पढ़ें