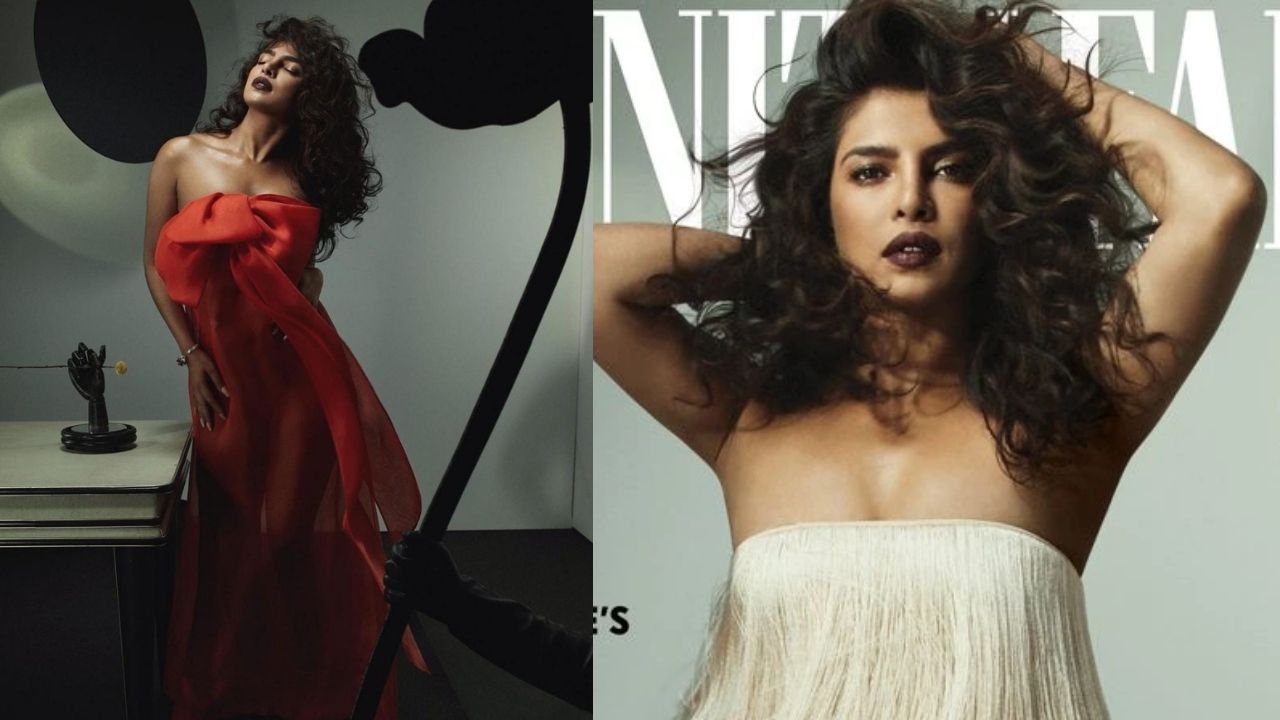 Hollywood: Priyanka Chopra has not only proved herself as an actor in Bollywood, but she has become quite a popular celebrity of western world too. Starting her Hollywood career with the American show Quantico, the actress ruled the hearts of the American audiences. Married to musician and artist Nick Jonas, Priyanka Chopra was recently seen in the film of the Matrix franchise as well. The popularity of actor is at its peak, and this is why the pop and fashion magazine has placed her on the cover of the next edition of the magazine.

Priyanka recently shared the images from the photo series shot  for Vanity Fair. The actress shared the different looks of the photo shoot. The very first picture was a mood shot of Priyanka, where she wore a strapless, long flare dress. The actor softly curled her hair and looked noths less than a gorgeous diva. All the pictures have minimal colours, with more focus on the actor in the frame. 39 years old Priyanka simply mentioned the fashion magazine in the caption and thanked the concerned people. She simply wrote, “Vanity Fair, February 2022

Special thank you to @radhikajones, @beccamford, @emmasummerton and Alison Ward Frank for a beautiful experience.”

She also added the due credits to the creative team. The story for the production was done by Rebecca Ford, while Emma Summerton was the photographer behind the camera. Leith Clark was the stylist whereas Shon Hyungsun Ju and Lisa Eldridge teamed up for the hair and makeup of Priyanka. Here is her post:

Priyanka was recently seen in  Matrix, . She will soon be seen in ‘Sheela’  directed by Berry Levinson and another biopic, it will be the biopic of Kalpana Chawla directed by Shimit Amin. These films are supposed to be released in 2022. In 2023 she has  ‘Jee Le Zaraa in the box, this will be directed by Farhan Akhtar .