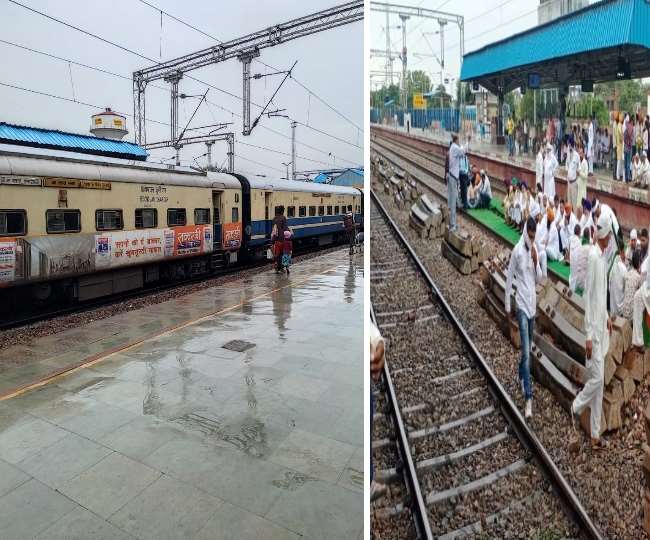 Samyukt Kisan Morcha, umbrella organisation of numerous farmer unions that are opposing the three contentious farm laws since November last year, called for a 6-hour rail blockade, which started at 10am in Morning and is currently underway and will end at 4pm.

The obstruction in railway activities has been called in support of the demand of removal of Union Home Minister for State, Ajay Mishra Teni, whose son is the prime accused in Lakhimpur Violence Case.

The farmer have alleged that Ashish Mishra, son of MOS Home Affairs, was driving the SUV which ran over the farmers protesting against the three farm laws, killing 4 farmers.

Following the crash, the farmers turned violent and took the lives of 3 BJP workers and a local journalist.

Ajay Mishra has defied the involvement of his son Ashish Mishra in the violence. But the farmers are still stuck on the same notion and are demanding the removal of Union Home Minister for State and have called ‘Rail Roko’ to get the same demand fulfilled.


But it seems that their Rail Roko is causing trouble for the general public and has affected the functioning of Railways. Following are some of the trains affected due to 'Rail Roko'

Five Passenger Trains were halted in Ferozepur division- two at Ferozepur Cantt., one each at Jalalabad, Moga and Ludhiana.

New Delhi-Amritsar Shatabdi was also halted near Shambu Station as protestors blocked the railway tracks near Sahnewal and Rajpura.