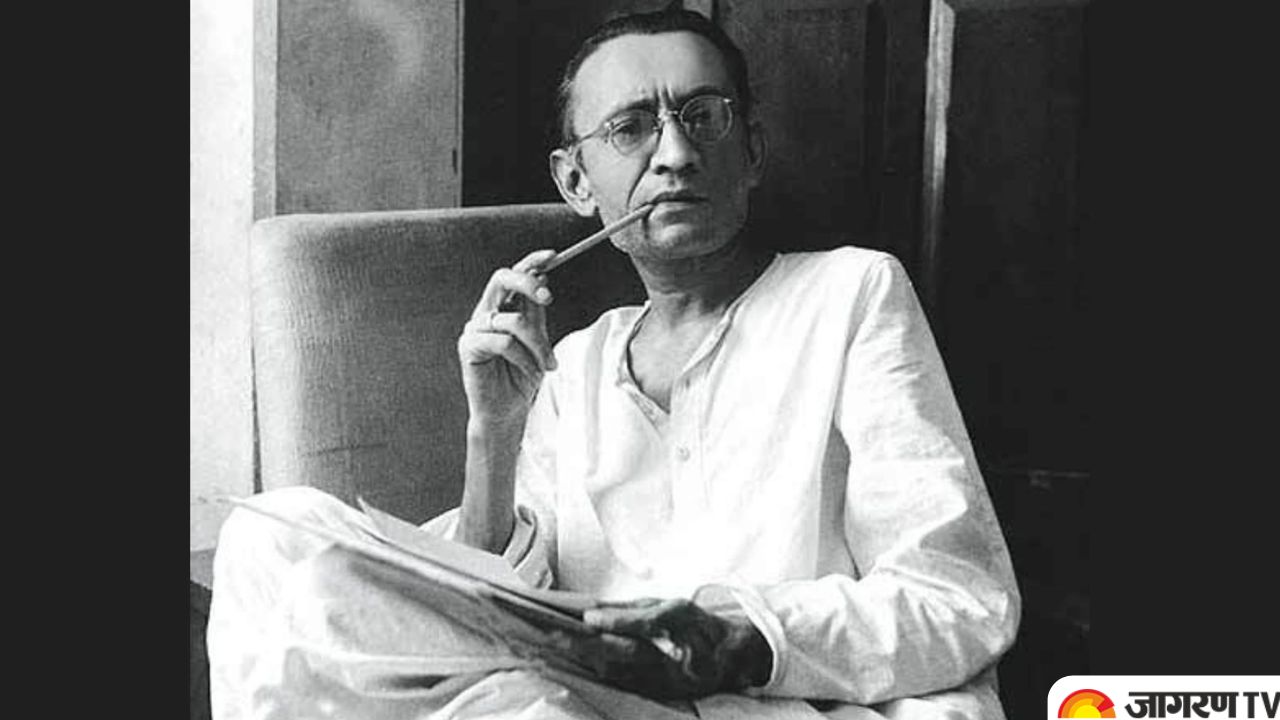 Saadat Hasan Manto Biography: Saadat Hasan Manto was an Indo-Pakistani playwright, author, and novelist who was known for his non-conventional and realistic writing style. In his short-lived life of 42 years, he has produced over 22 collections of short stories, three collections of essays, five series of radio plays, two groups of personal sketches, a novel, and also a chunk of film scripts.

His finest of short stories were held in high regard that not only brought him success but also got him imprisoned. He was a man who dared to talk about societal issues and harsh realities prevealent in our society.

He was painfully affected by the partition of India and vehemently opposed it. Most of his short stories and plays are based on the atrocities and molestation faced by the countrymen, especially by women and children in the days preceding the fateful announcement of the partition.

Saadat Hasan Manto was born on 11 May 1912, in a Muslim family, in Paproudi village of Samrala, in the Ludhiana district of the Punjab. His parents were Sardar Begum and Ghulam Hasan Manto. His father was a judge in the local court

In 1933, Saadat Hasan Manto met Abdul Bari Alig, a polemic writer, and scholar in Amritsar who changed his life forever. Abdul Bari Alig’s mentorship advocated for Manto to know his true self and bring out his inner talent. Abdul encouraged him to read French and Russian literature.

In 1934, he started attending Aligarh Muslim University which took his life in a new direction. Following that, he joined the Indian Progressive Writers Association (IPWA). He met with the writer Ali Safdar Jafri who bolstered his interest in literature and acclaimed his writing.

He translated Victor Hugo’s ‘The Last Day of a Condemned Man’ in Urdu. The Urdu Book Stall, Lahore published it as ‘Sarguzasht-e-Aseer’ (A Prisoner's Story). Doing so, he realized his inclination and then on started working in Masawat, a publishing house based in Ludhiana.

In 1934, he came to Bombay and started writing for magazines, newspapers, and scripts for Hindi films. He resided in Foras Lane, in the very centre of Bombay’s red-light district of Kamathipura.

In early 1940, he accepted the job offer of writing for Urdu service in All India Radio. This was a golden period in his career, as it proved to be quite rewarding to him. It was during this time that he composed over four collections of radio plays, ‘Teen Auratein’ (Three Women), ‘Janaze’ (Funerals), ‘Manto Ke Drame’ (Manto’s Dramas) and ‘Aao’(Come).

Alongside, he also continued with his composition of short stories and completed his next collection, ‘Dhuan (Smoke), followed by the title ‘Manto Ke Afsane’ and his first topical essay collection, ‘Manto Ke Mazamin’.

Meanwhile, due to difference of opinion with the director of the All India Radio, poet N.M. Rashid, he resigned from his job and returned to Bombay in 1942 and again resumed his work with the film industry. He wrote screenplay for films such as ‘Chal Chal Re Naujawan’, ‘Mirza Ghalib’, ‘Shikari’ and ‘Aatth Din’.

Some of his notable short stories that were composed during this phase were ‘Bu’, ‘Dhuan’ printed in ‘Quami Jang, Bombay in February of 1945.

He stayed in Bombay till the partition of India in 1947. In January 1948, he moved to Lahore, Pakistan, with his wife and children against his intentions, as the brutality of partition and communal riots forced him to do so.

After arriving in Lahore, he connected with prominent intellectuals like Ahmad Nadeem Qasmi, Ahmad Rahi, Nasir Kazmi and Faiz ahmad Faiz. They used to sit down together in the iconic ‘Pak Tea House’, and engage themselves in passionate literary debates and political arguments.

In 1950, Manto wrote a series of essays, entitled “Letters to Uncle Sam’, where he expressed his concerns on local and global issues. He predicted of a future as depicted in one of the essays, when literature, poetry, art and music, every form of expression would become censored.

In 1936, Saadat Hasan Manto’s parents arranged his marriage to Safia Deen, who later changed to Safia Manto. He penned an essay entitled ‘Meri Shaadi’(My Wedding) dedicated to his marriage.

Safia gave birth to a son, Arif, who died in his infancy. The death of their newborn son pained Safia and Saadat to the very core.

He became increasingly addicted to alcohol in his later years, which ultimately led to cirrhosis of the liver. He passed away on 18 January 1955 due to multiple organ failure, in Lahore, Pakistan, at the mere age of 42 years. He was survived by his three daughters and his wife Safia.

Saadat Hasan Manto - as honest and ruthless as ever. https://t.co/eRpc8t4sNo

‘Toba Tek Singh’ (1955) published in Urdu, narrates the story of inmates residing in a Lahore asylum, who are to be shipped to India, following the partition of 1947. The story is a heart-wrenching satire on the relationship existing between Indis and Pakistan.

’Thanda Gosht’ (1950) is a compelling short story that depicted a brutal picture of the 1947 communal riots. The story is about the Sikh Man who is stabbed by his mistress during sex when he admits to raping the corpse of a Muslim girl. Hence, it is synonymous with the title, which means ‘cold flesh’. Manto underwent a trial in criminal court for this story.

Saadat Hasan Manto is one of the most renowned Urdu writers of all time. This anthology includes well-known stories and two essays that read almost like stories. These meticulous translations by award-winning writer and translator
(1/2) pic.twitter.com/TkXeYrd8Lh