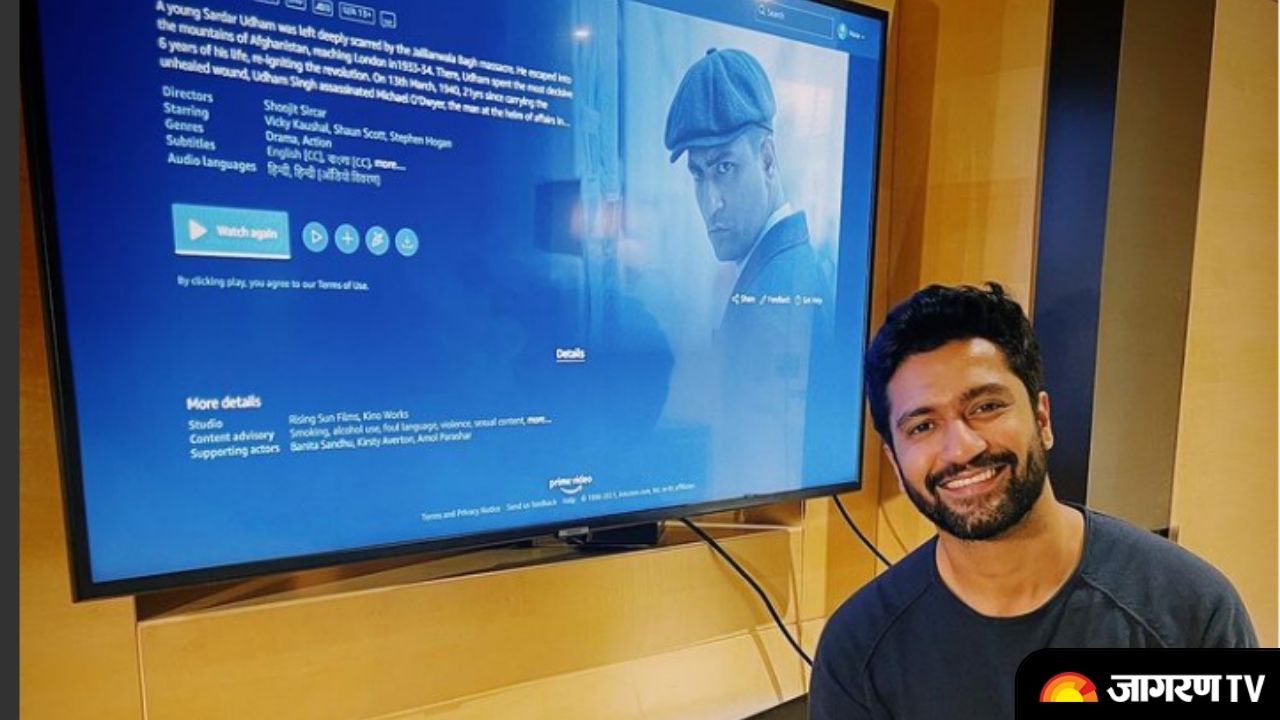 Sardar Udham on Amazon Prime: Finally the most awaited film of Vicky Kaushal is streaming on OTT. Bringing the untold story of Indian Revolutionary Freedom Fighter Sardar Udham Singh took revenge on the Tragic Jallianwala Bagh Massacre and shook the foundation of the British Empire. Shoojit Sircar’s directorial Biopic film has brought Vicky Kaushal in a whole different character. The film was released on the occasion of Dussehra and is getting highly praised for its cinematography, performance, and how the story unfolds.

The film is directed by Shoojit Sircar and is produced by Ronnie Lahiri and Sheel Kumar. Indian Hindi-language biographical crime thriller film stars Vicky Kaushal as Sardar Udham Singh along with Banita Sandhu, Amol Parashar, and Shaun Scott in crucial roles. The film is streaming digitally on Amazon Prime Videos.

The film is about the revolutionary freedom fighter Sardar Udham Singh who vows to avenge Britishers after the tragic Jallianwala Bagh massacre in 1919. Udham Singh (Vicky Kaushal) witnesses the horrific incident from his own eyes and vows to kill  Michael O'Dwyer who released the command of shooting the Bagh.

The story brings the life of Sardar Udham and how he goes to London and assassinates O’Dwyer vehicle standing between the other britishers. The Shoojit directorial gives the perfect treat to eyes with spine chilling storyline and hooks the audience till the end with the captivating storyline and performance.

The film is getting a lot of appreciation for Shoojit’s direction, cinematography, and of course Vicky Kaushal’s acting. One of the users wrote on twitter, “#SardarUdham Witness the most daring chapter of our freedom struggle in flesh and blood. Vicky gets into the skin of his character while Shaun Scott is menacing. Shoojit’s direction is a triumph for Indian cinema.”

Another user wrote, “#SardarUdhamReview: On the whole, #SardarUdham is a genuine attempt at bringing alive a great hero on celluloid. Even the ending is splendid. Do yourself a favour: Watch #SardarUdhamOnPrime. It requires grit and determination to attempt a film of this magnitude.  Two thumbs up!”

#SardarUdhamReview: Recreating history is difficult and making you glued to your seats for 2.40 hours could be taxing. But #SardarUdhamOnPrime talks about the martyrs and #SardarUdham's heroism so effectively & immaculately that you can't help but salute the man. A must see! pic.twitter.com/dp7TZcHLDq

#SardarUdhamReview: On the whole, #SardarUdham is a genuine attempt at bringing alive a great hero on celluloid. Even the ending is splendid. Do yourself a favour: Watch #SardarUdhamOnPrime. It requires grit and determination to attempt a film of this magnitude. Two thumbs up! pic.twitter.com/C5G0mDbfpy

Let us tell you that Sardar Udham was one of the ambitious films of director Shoojit Sircar. It took him 2 decades to think of it and bring it to life. 20 years ago he had thought of the film but due to financial issues, he was restricted. Initially, Shoojit thought of bringing in late actor Irrfan Khan as Sardar Udham Singh but unfortunately, Khan passed away in 2020 due to Cancer. Later the role went to Vicky Kaushal and he did all the justice to it.